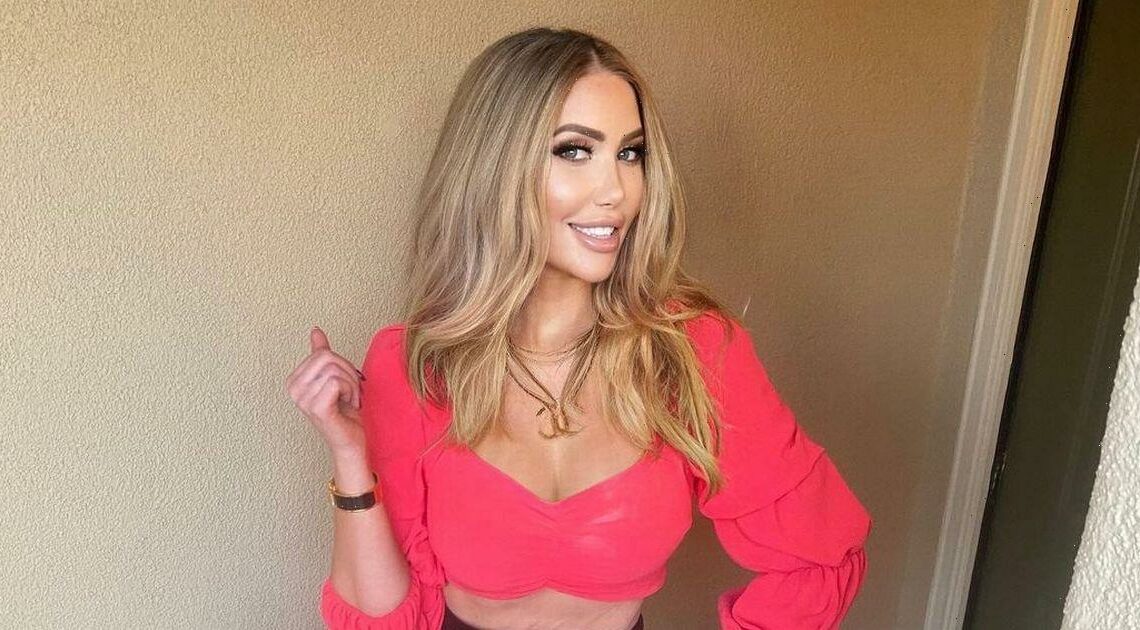 An OnlyFans model has opened up about the dark side of social media.

Jenna Bentley, who lives in Los Angeles, US, is used to fans sliding into her DMs.

But ever since her verified account was removed by Instagram, she says the vile messages are too much to take in.

She said: "Being told by strangers on the internet that they want me to die.

"That they're going to come and kill me or telling me to kill myself – it's really scary. I don't feel safe.

"Normally I never even look at DMs, I block and ignore but when my verified account was deleted, the abuse really went up."

She said since her back-up account was shut in February this year, the death threats began after discovering loads of fake pages.

Jenna claims these profiles are scamming people and realised when a man harassed her after reaching out to her on Twitter.

The model recalled: "This one guy kept going and going and I just thought he was a fan trying to get my attention so I ignored him.

"But then he contacted me on my OnlyFans page and said he had sent me money."

She added: "I was confused, so he sent me screenshots of a conversation he had with a fake Instagram account pretending to be me.

"He said that he had sent me money for photographs through PayPal but he hadn't received them and called me all these names.

"I replied telling him that it wasn't me and that I didn't have PayPal, like I don't use it for my work.

"I'm running a business, all my payments go through OnlyFans. He was angry that he'd been duped but said that I should pay him.

"It's just relentless, I get so many messages a day from guys telling me they've sent me money for photos that I haven't delivered on."

Jenna says this issue isn't an isolated incident that only happens to her.

She claims a lot of women are losing money to scammers and getting abused because their Instagram accounts have been deleted.

The model believes the abuse would stop if she was able to get her verified account back as it would be harder to scam her.

She added: "It's getting to the point where I don't know what to do anymore, I'm so tired of it.

"I've begged them to help me and sent emails explaining what's happening but I never hear back. It's like they don't care."

According to Jam Press, Instagram has been contacted in relation to the claims above.

A spokesperson said: "The account in question has been taken down for breaking our rules.

"Instagram is a global platform for people of all ages and we have rules around nudity and sexual solicitation to ensure content is appropriate for everyone.

"We allow sex positive content and discussion but we do not allow content that facilitates or coordinates sexual encounters between adults.

Get all the biggest Lifestyle news straight to your inbox. Sign up for the free Daily Star Hot Topics newsletter

Instagram was also presented with images of existing fake profiles on August 18, which the site claims to now have removed.

The spokesperson added: "We have removed the suspicious impersonation accounts brought to our attention but not the fan pages.

"Accounts that impersonate a person or entity are against our Community Guidelines and will be removed when we are made aware.

"If someone believes they have spotted content or an account they believe to be fake, they can report it using our in-app tools.

"We have a trained team of reviewers who check these reports 24/7 and move quickly to remove content or accounts which violate our guidelines. Regardless of the outcome, we will send them a notification to let them know the decision we made."

Who is CBS This Morning's co-host Nate Burleson?