Home » Lifestyle » PLATELL'S PEOPLE: We women are hitting back against woke madness 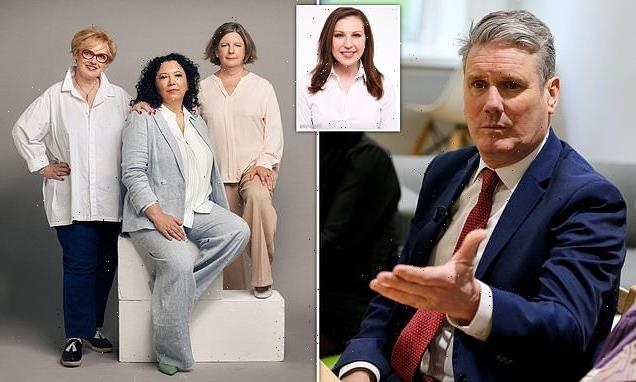 PLATELL'S PEOPLE: We women are hitting back against woke madness

PLATELL’S PEOPLE: At last, we women are hitting back against woke madness

At last a blast of refreshing common sense — from three women none of us has ever heard of.

After days and weeks in which supposedly bright politicians, most notably Labour leader Keir Starmer, have been reduced to jibbering idiots when asked to define what a woman is, this female trio has had enough.

Maya Forstater, Caroline Ffiske and Heather Binning yesterday launched what they called the ‘most significant female movement since the Suffragettes’.

They are determined to re-assert women’s rights which are being eroded as more biological males self-identify as females.

‘Respect My Sex If You Want My X,’ they cry, warning politicians that unless they stick up for women in the face of lobbying by trans militants, they won’t get their vote. 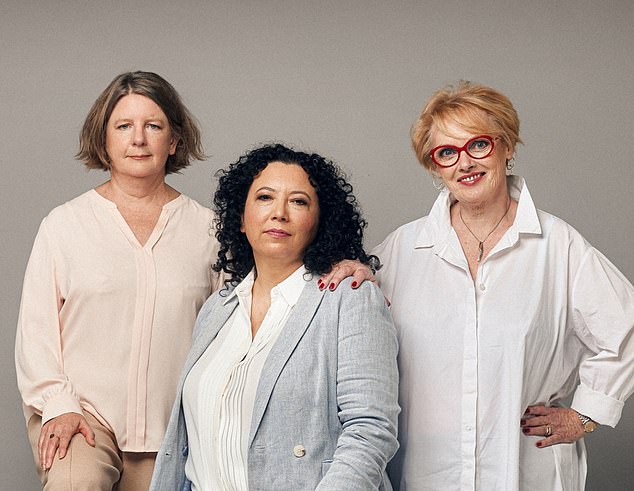 Maya Forstater, Caroline Ffiske and Heather Binning yesterday launched what they called the ‘most significant female movement since the Suffragettes’

They want people to ask their local politicians a very straightforward question: ‘Can a woman have a penis?’ An unorthodox approach, but I can only admire them for it.

It is ludicrous that our elected representatives are now frozen in fear by that simple question. Why can’t they just give a straight answer?

My firm belief — along with that of almost every person I know — is: No, women cannot have a penis.

A woman is a biological female born with two X chromosomes, a vagina and breasts which develop in puberty; someone who suffers half a life-time of hateful periods and the inevitable ghastly menopause.

If, for saying so, I become the subject of trolling and attacks by trans militants, then so be it.

I have nothing against trans people. I appreciate there are those who suffer gender dysphoria and identify as a different gender from their sex at birth. But the way the debate has been stifled is outrageous. 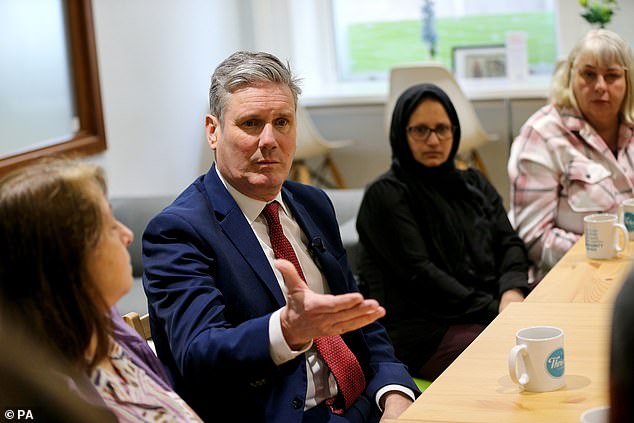 After days and weeks in which supposedly bright politicians, most notably Labour leader Keir Starmer, have been reduced to jibbering idiots when asked to define what a woman is, this female trio has had enough

Maya Forstater lost her job as an academic after tweeting that people cannot change their biological sex.

She went to court and was vindicated on appeal when the judge declared her beliefs ‘did not seek to destroy the rights of trans people’.

We all know how the woke brigade has cancelled JK Rowling for extolling the same views as Maya, they’ve even tried to silence Germaine Greer, author of that seminal feminist book The Female Eunuch. But they’ll never change what we believe.

To misquote GK Chesterton: ‘Smile at us, pay us, pass us; but do not quite forget; For we are the women of England, that never have spoken yet.’

Trans woman cyclist Emily Bridges was stopped from racing against female athletes when the Union Cycliste Internationale stepped in. But women riders had threatened to boycott the race if Bridges took part. That’s what we call girl power.

Ricky Gervais wades into the Will Smith Oscars assault debate, saying he would not have made a joke about the actor’s wife’s hair loss, but about her boyfriend, as the couple have spoken freely about their open marriage.

Had Gervais done so and Smith had been in the audience, one suspects it wouldn’t have been a slap across his face but a punch — below the belt.

Like millions of the Queen’s loyal supporters, I was dismayed to see her disgraced son Andrew walk her into the service for Prince Philip. At least we can be grateful he didn’t convince his mother to let his ghastly ex-wife Fergie accompany him, high-fiving the congregation as she walked past.

Sad news that Die Hard’s Bruce Willis, who has made 100 movies, is retiring at 67 after being diagnosed with a rare degenerative brain disease.

His first hit was the 1980s TV series Moonlighting yet his co-star, the sublimely beautiful and talented Cybill Shepherd has hardly been seen since on the big screen. Meanwhile, the man who made baldness and vests sexy went on to make £190 million.

Bewildering for newcomers like me to watch the Dancing On Ice final where each of the four judges — including Torvill and Dean — unanimously awarded all the contestants 10 points, including the blubbing winner Regan Gascoigne, son of wife-beating former footballer Paul. Never mind the ice, the temperature between hosts Holly Willoughby and Phillip Schofield seemed slightly frosty to me.

Experts say switching off street lights at night cuts car thefts. So thanks Camden council, which took about five days to dig up the pavement and install a street light outside my home a year ago and have yet to put a bulb in it. But they didn’t forget to increase my council tax.

Swedish lingerie model Elsa Hosk arrived at the Oscars wearing a medical bandage over her breasts, another one across her waist, and a long skirt. Given she was only wearing half a dress, I imagine Elsa only paid half-price for her red carpet frocky horror show.

In 2007 designer Anya Hindmarch launched her £5 I’m Not A Plastic Bag canvas tote. It sold out in minutes.

Fast forward to 2022 and she’s unveiled her £795 I Am A Plastic Bag made from recycled plastic bottles. What shameless eco-opportunism from one of the world’s biggest polluters, the fashion industry.

While we adore Kate, some of us are concerned over how skinny she has become.

In that polka-dot dress for Prince Philip’s memorial the Duchess of Cambridge looked more slender than an ironing board.

The pressures on her must be enormous but anyone who cares about her could surely gently suggest it’s time to tuck into the hot cross buns, love.

Having reportedly sold her share of the Provence wine estate she owned with Brad Pitt to a billionaire Russian oligarch, perhaps given current events in Ukraine it’s time for the saintly Angelina Jolie to resign her post as UN Special Envoy of the High Commissioner for Refugees.

It was presumptuous enough of Liz Truss to turn up at the Abbey wearing the Royal family’s traditional Edinburgh green — along with the Queen, Camilla and Princess Anne — in tribute to Prince Philip. Worse, she was sitting in the front row sporting what looked like black fishnet tights.

As my church-going mum would say, common as muck.

Keir Starmer calls for the PM to resign after Scotland Yard began fining Tories over Partygate. When will he realise that, with the cost of living crisis, a tanking economy and Britain proudly spending freely to support Ukraine, voters know the party is well and truly over.

Charities representing Syrian refugees are bleating that we’re welcoming Ukrainians but ignored their own pleas. Not true, as 20,000 Syrian refugee families are now happily settled in the UK.

Angela Rayner thinks it’s right for an NHS trust to ask men if they are pregnant, but says it’s unacceptable to ask a trans woman if she has a penis.

My question, amid all this, is if the men who sit beside her on Labour’s frontbench have any b***s!

To which the answer is surely a resounding no!

Strange that the Baftas haven’t nominated Line Of Duty — it had 12 million-plus viewers — for an award, but Channel 4’s It’s A Sin is at least a worthy contender.

Watching the series about gay men vilified during the 1980s was heartbreaking for those who lived through it, reminding me of the three friends I lost in what was dismissed as ‘the gay plague’ by the ignorant. RIP Derek, Peter and Daniel.

Sad that Harry stayed in California for Prince Philip’s memorial. No doubt Megs made him a matcha green tea latte to cheer him up as he watched from 5,000 miles away, scribbling bitter notes for their next Oprah interview.

Watch This Meteorologist Call To Warn His Children Of Tornado On Live TV!
World News