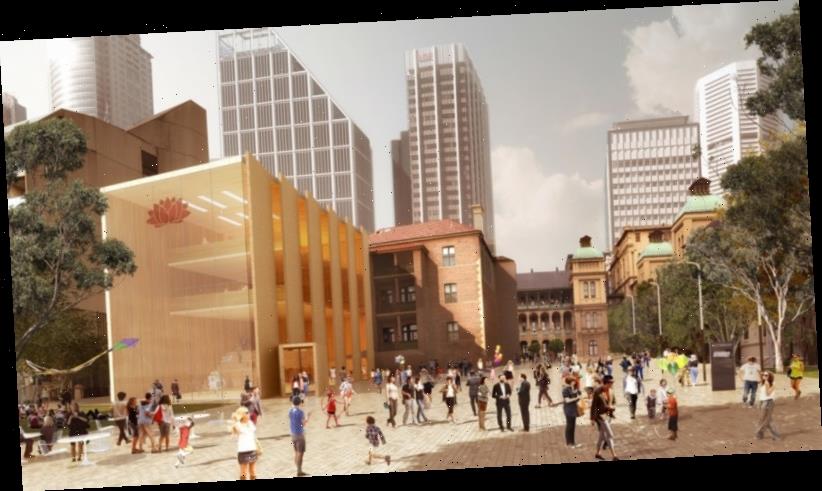 The former NSW Land Titles building would house a museum for the decorative arts under plans advanced by a government review to revamp the historic sandstone ribbon of Macquarie Street.

The idea for Sydney's answer to London's Victoria & Albert Museum was raised by former Sydney Lord Mayor Lucy Turnbull with the director of the Powerhouse Museum last year, documents show. 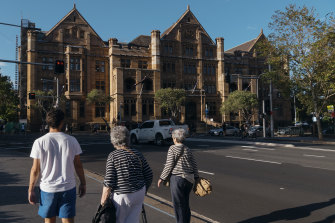 Turnbull and former Prime Minister Paul Keating have been working on a new ‘vision’ for Macquarie St and The Domain since late November 2018. The NSW Department of Premier and Cabinet said no business case for Macquarie St East was underway but a report was being finalised and would be provided to government.

"It is anticipated that the NSW government will respond to the review later this year," the spokesperson said.

If such a museum was supported by NSW Cabinet and managed by the Powerhouse Museum, its collection would need to be split between the new CBD museum and the Parramatta Powerhouse, now in the detailed design phase, ending the museum's century-long presence in Harris St.

The Trust of the Powerhouse Museum was briefed on proposed precinct plans last July following a meeting between Turnbull and the museum's chief executive officer Lisa Havilah.

"Early discussions involve a proposed cultural precinct at the end of Macquarie St including a decorative arts museum," according to Trust minutes obtained under freedom of information laws.  "Any work on this will require a business case to the NSW government, which will consider timeframes and budget." 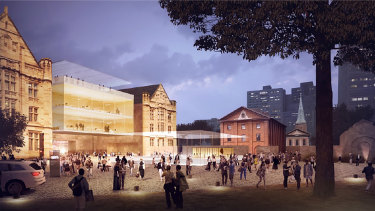 A concept design of the rear of the former Land Titles Building created for the 2017 master plan for the precinct. Credit:McGregor Coxall

The Powerhouse Museum is expected to maintain a fashion and design gallery at Ultimo after it relocates to Parramatta in 2023. A second business case looking at Ultimo's redevelopment is close to finalisation.

Chairman of the Trust, Barney Glover, said on Wednesday the museum remained committed to the Powerhouse Museum having a major presence in Sydney and Parramatta.

The proposal comes as notice was given to list the Powerhouse Museum’s engine house and turbine hall, second boiler house, office building and switch hall for heritage listing.

The state heritage nomination was highly selective, protecting only the "left-over bits of heritage sites that the state government doesn't need to demolish for its development ambitions", former museum trustee Kylie Winkworth said.

"We are gutted after four years to see this hopelessly inadequate, even ludicrous nomination that does not even mention in the assessment criteria the Powerhouse Museum, its Sulman award-winning adaption, and elegant Wran building, the tram depot for which the power station was built, the in situ gantry cranes and relics, and collection items directly related to the functions of the site; its cultural significance as the major landmark of the 1988 bicentenary, nor the well demonstrated social value of the museum for the people of NSW," she said.

Shooters, Fishers and Farmers Party MP Robert Borsak flagged in NSW's Upper House the reopening of a parliamentary inquiry into the Powerhouse Museum's relocation – its vision, governance, risks to the collection, issues of flooding, heritage status and its future presence in Ultimo.

Labor and the Greens say they will back Mr Borsak's motion.

In 2017, architects McGregor Coxall completed a masterplan to "unlock a hidden gem and create new linkages between Hyde Park, the Domain, the Royal Botanic Gardens and the CBD, tying the site into the wider 'cultural ribbon' that spans the Sydney CBD".

The plans show a pedestrian plaza at the rear of Sydney Hospital, with new government office space and a refurbished Land Titles office.

Like the V & A Museum, the priceless Powerhouse collection ranges across architecture, furniture, fashion, textiles, photography, sculpture, painting, jewellery, glass, ceramics, book arts, theatre and performance. Were Sydney to get its own standalone Powerhouse decorative arts museum, Parramatta's museum would likely focus on science, technology, and engineering and maths.

CategoryLifestyle
Tagsfor get I Made plans Sydney to

The Bob Chapek FAQ: Everything You Need to Know About Disney's New CEO

Harvey Weinstein is 'upbeat' despite hospitalization and conviction
World News