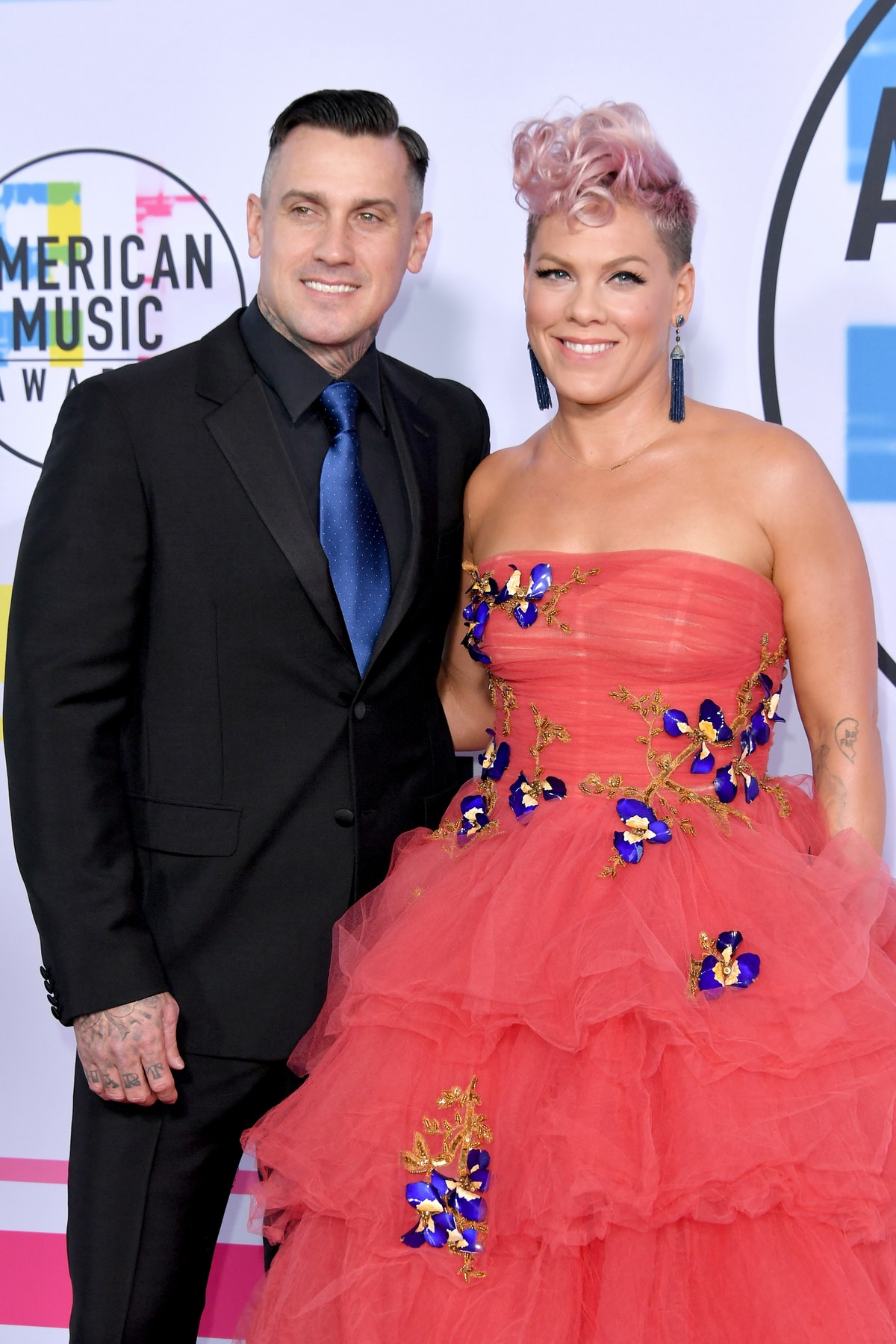 Halloween doesn’t have to be the only holiday with costumes. On Sunday, Pink and her husband Carey Hart wore I Love Lucy costumes for a holiday party, and the looks were so spot-on. They attended a famous couples-themed Christmas bash and chose to go as Lucy and Ricky Ricardo from the iconic sitcom, according to ET Online.

The singer shared several photos from the evening on Instagram, showing off the red wig and matching dress she wore to emulate Lucille Ball. Hart wore a classic 1950s tuxedo and even slicked back his hair to look more like Desi Arnaz, the actor who played Ricky. In the photos, Hart and Pink were all smiles as they posed in front of a decked-out Christmas tree.

It’s clear the couple was proud of their party look. The "What About Us" singer posted a photo of the full outfit, and wrote in the caption, "I really do love Lucy." The second picture was a closer look at the costumes, and was captioned with the dancing woman emoji and hearts.

As fans may know, Hart and Pink were married in 2006, and have two young children, Jameson, who is 1, and Willow, who is 7, according to Us Weekly. The couple was likely thrilled to have a date night out, taking the opportunity to get completely in the spirit for the costume party.

Hart also shared a picture from the event on Instagram. In the caption, he explained the festivities, writing, "Fun Xmas party last night!!!! Theme was famous couple so we went as Lucy and Ricky!"

It’s not the first holiday party he attended this year, as last week Hart posted a picture of morning pancakes and a message about balancing parties with parenthood. He wrote:

This also isn’t the first time Pink and Hart have gotten festive on Instagram this holiday season. On Dec. 3, Pink shared a series of photos for Hanukkah. The photos show Hart wearing a sweater that read, "Matzo Baller" with menorahs and dreidels. His friends also wore blue Hanukkah sweaters, these with a big menorah print on the front.

The photo set included a picture of the family’s menorah ready to be lit, and a video of her kids braiding challah bread dough. On Saturday, the star shared an adorable picture of her two kids wearing stylish winter outfits. The caption read, "Harry Styles who?"

Hart and Pink are managing to spend quality time with family and friends this holiday season, coming together for both Hanukkah and Christmas. While they both have shared plenty of holiday moments with their kids this year, it looks like the couple is making time to spend with each other as well. It might not be the most conventional to have a costume party for Christmas, but these two definitely made the most of the evening.