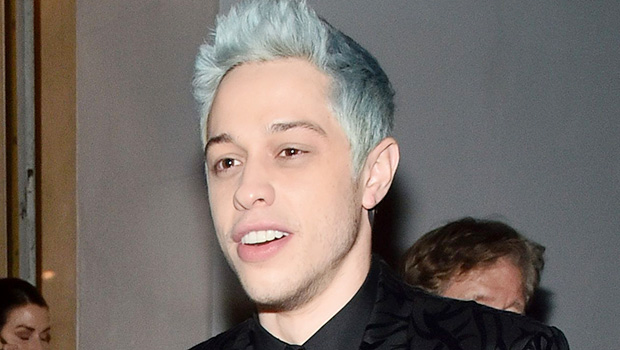 Pete Davidson: Why Social Media’s ‘Not Safe’ For Him After Ariana Grande Split — Psychologist Explains

Pete Davidson opened up about online bullying in a touching Instagram post, but should the ‘SNL’ comedian delete his social media accounts for good?

Pete Davidson, 25, shared a very personal message with his 2.5 million Instagram followers on Dec. 3. The Saturday Night Live star took a break from his comedic persona and spoke out about being bullied, both online and in public, and what kind of toll it’s been taking on his mental health. Pete has publicly spoken out about being suicidal and his Borderline Personality Disorder (BPD) in the past. After he and Ariana Grande, 25, announced their split on Oct. 14, she dropped her “thank u, next” music video and also covered up a tattoo dedicated to his late father. Now Pete revealed that he’s been the target of bullies for nine months — ever since he began dating, got engaged to, and broke up with Ariana.

Pete seemed to be in good spirits after sharing the passionate message when he was spotted courtside at a New York Knicks basketball game later that night. But fans shouldn’t be fooled by the “Set It Up” actor’s demeanor, according to licensed counselor and psychologist, Dr. Sherrie Campbell. Dr. Campbell EXCLUSIVELY tells HollywoodLife that despite Pete’s jovial appearance, she says that he may be “fluctuating between two emotions — Rage or Despair. The best thing for someone with BPD to do to combat online bullying is to not respond at all. They need to pull in their ‘rage’ and the need to get even because this only provokes more bullying. Their self-esteem is too fragile to endure more than they can take.” Pete may have been trying to “elicit compassion” with his heartfelt message, but Dr. Campbell says this is not the way to go. “They can open themselves up and be honest about how bullying is impacting them to elicit compassion, keeping in mind that bullies have no compassion and this could leave them vulnerable to more bullying. No response is the best response. Bullies will get bored and soon move on to another person/celebrity to bully,” she explains.

So how should Pete deal with the online bullying he’s been enduring for the past nine months? Dr. Campbell recommends that he “gets off all social media.” She explains, “[Social media] is not safe for people with BPD. The more fragile with sense of self, the more addictive the need for attention can be, the more vulnerable they make themselves to feeling not good enough. The trap of comparison they can put themselves into via social media can have a deeply negative effect on their already fragile sense of self.” Although most celebrities use social media as a tool to gain brand awareness and help build their empire, Dr. Campbell explains that removing oneself from the scrutiny of social media allows them to “avoid making themselves vulnerable or open to the bullying. It will be hard for them to lose the attention social media brings them when it’s positive, but it’s not worth their life or the threat to their life to be on social media when it’s negative.”