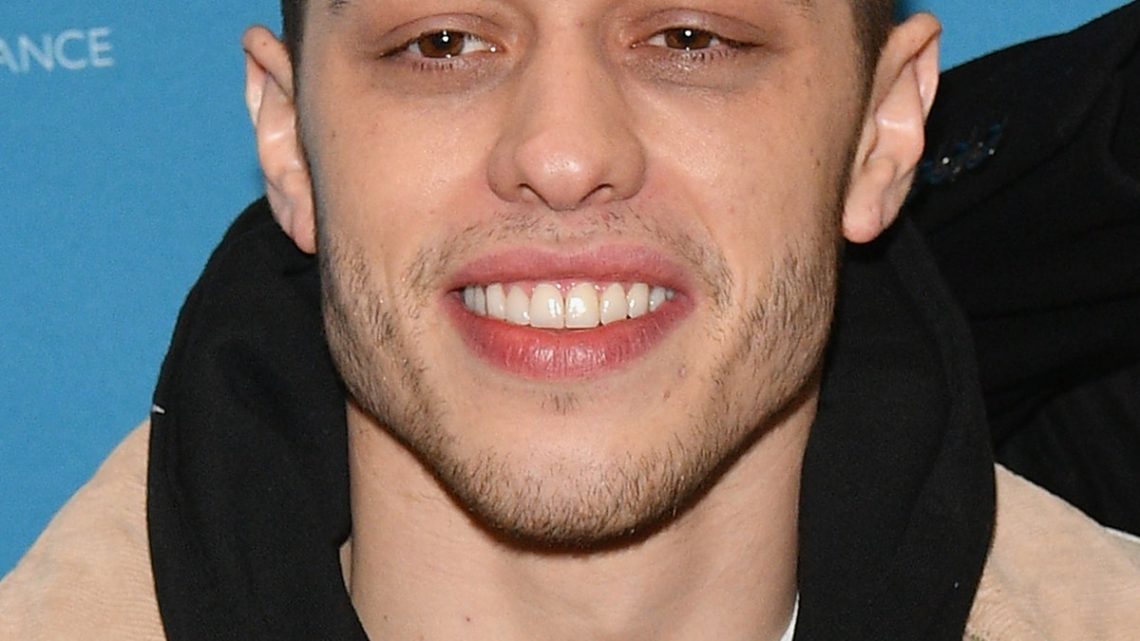 Breakups are always hard, but they’re even harder when you’re going through them in the public eye and you have a dozen couple tattoos you have to get covered up ASAP. In other words, Pete Davidson and Ariana Grande’s breakup is no walk in the park. And, just recently, Pete Davidson covered up his Ariana Grande tattoo with pretty much the darkest sentiment ever.

OK, so some quick backstory. Davidson used to have a tattoo on the back of his neck that said in cute, cursive writing: "mille tendresse" in honor of Grande. For those of you who, like me, had no idea what that means, it’s French for "a thousand tendernesses." The tattoo was very obviously a tribute to Grande because, well, she had it first. The pop star posted a picture of herself getting the tattoo in the same spot on Instagram back in 2014. When E! News reported on her new tattoo back in the day, they explained that the phrase was made popular by the movie, Breakfast at Tiffany’s.

So, yeah, back in the day when they were madly in love and about to head down the altar together, one could imagine how it would have been an adorable gesture of Davidson to match his wife-to-be’s romantic neck tat.

But, alas, their love did not last quite as long as the ink on their 12 couple tattoos so Davidson is left with the pesky task of covering all of them up. Including the cute little "mille tendresse" he got to match his ex bae. 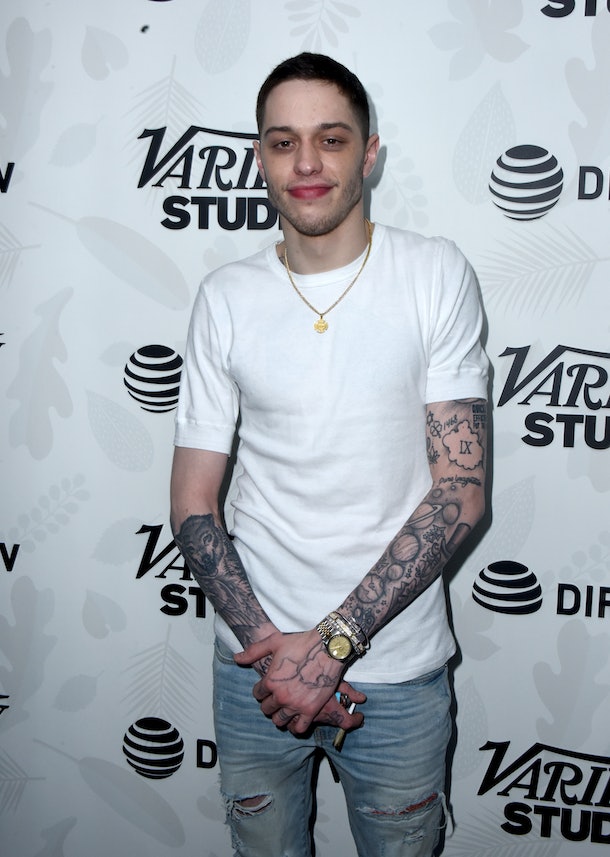 News of the tattoo broke out when Davidson’s tattoo artist, Jon Mesa, posted an Instagram of Davidson’s back to display a new tattoo he did for him of the famous Tootsy Pop owl licking a Tootsy Pop on his signature branch. He captioned the photo:

But just above the new Tootsy Pop tat, you can see another seemingly fresh tattoo (his skin appears to be very red around the ink) and that’s the "CURSED" tattoo on his neck.

Now, to be fair, Davidson has a lot of tattoos to cover up (12 tattoos, people!!) and he even got pretty cute with the ways he chose to cover up some of the others.

For example, back in October of 2018, he replaced the bunny ears that adorned the side of his neck in honor of his bunny-ear-loving boo with a cute little black heart.

OK, now that I think about it, black heart could have its own negative connotations but I’m going to go ahead and choose to think that Davidson meant it in a cute "I’m totally over this breakup and all I’ve got is love" kind of way.

Here’s to hoping that Davidson doesn’t actually think he’s cursed and that the two keep thinking of new, innovative ways to cover up their tattoos.

Opinion: Why NBA should be happy with trade deadline deals
World News