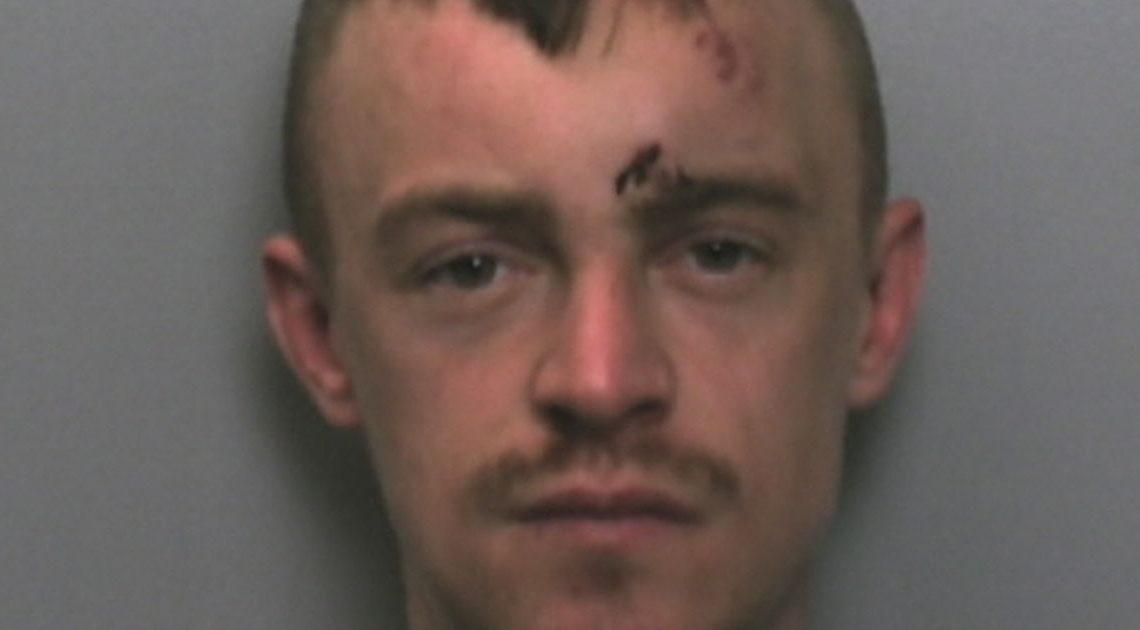 A Peaky Blinders fan imitated the characters of the popular drama after he told a barman he would slash him with a knife hidden in his flat cap.

Sam Berrisford, 29, made the threat after the landlord of a Stoke-On-Trent pub , who suspected he had taken drugs, asked him to leave.

This caused Berrisford to take off his flat cap and brandished the weapon saying: "I’ll slice you up like a tomato".

The terrifying incident took place on September 22 at the Angel Inn while Berrisford was on bail, a Stoke-on-Trent Crown Court heard.

Stoke-On-Trent Live reports that this was after being caught in the street with a knuckleduster and monkey dust months earlier.

However, he was bailed again and on February 21 was arrested at a Wetherspoons in Stoke  after threatening a woman with a fork and a butter knife.

Now the defendant, of no fixed address, has been jailed for 20 months after pleading guilty to three charges of possessing a bladed article and one of possessing a class B drug.

Prosecutor Carl Harger said: “He was originally stopped in King Street, Fenton, and was searched. He told police he found the knuckle duster a few hours earlier.

"He then had a small amount of monkey dust.

“His next offence, while he was on bail, was at the Angel Inn.

"He was asked to leave and on the second occasion turned to the landlord and said ‘I will slice you like a tomato'.

"He took off his cap and had a Stanley knife on the inside rim.

“The third offence, on February 21, police were called to reports of a man threatening a woman in Wetherspoons, Stoke.

"He had a fork and butter knife, and said he had a kitchen knife.”

Stuart Muldoon, representing Berrisford, told the court his client had been drinking heavily before committing the three offences.

He said: “He was in a relationship and that broke down in 2017, it had an impact on him.

"He immersed himself in alcohol and substances.

"He can’t really explain why he had a blade in his cap, he had been watching Peaky Blinders.

“He is remorseful and says he is ashamed with how he behaved.

"He was trying to sort his life out.”