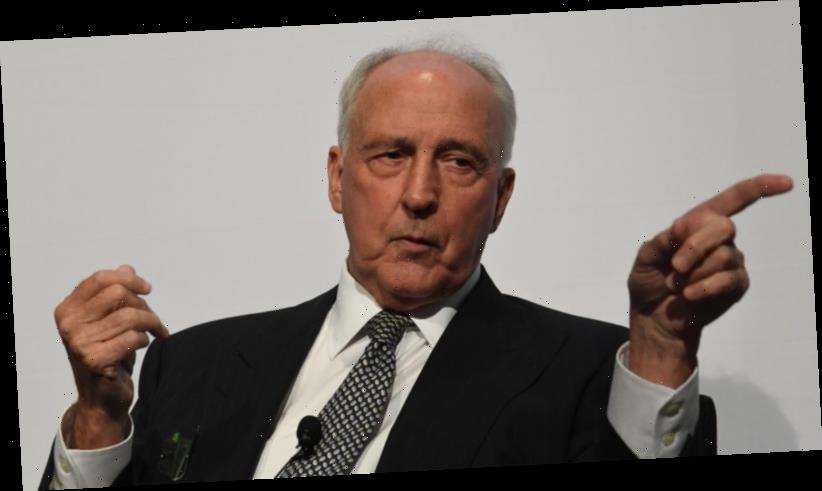 Former prime minister Paul Keating has hit out at a federal government proposal to allow workers to put some of their superannuation into their take-home pay, lashing the idea as "ideological" and driven by "zealot" backbenchers.

The plan is one of several options in the early stages of discussion in the Morrison government and has not gone to cabinet. It could allow workers to choose whether to take additional payments over the 9.5 per cent guarantee as extra income rather than a superannuation contribution. 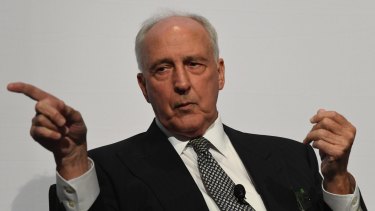 Former prime minister Paul Keating said the ‘opt-in’ super model being considered by the government has been “prompted by zealots in its back bench”.Credit:Peter Braig

The super guarantee is currently set to rise to 12 per cent in 2025, rising 0.5 per cent a year from July. Multiple government sources spoken said the new scheme would either keep the current rate, or let one rise go through to 10 per cent as mandatory contributions while the remaining amount up to 12 per cent would be optional.

Mr Keating, the architect of the nation's superannuation system, has now criticised the idea as "designed only to break the principle of 'universality' in the retirement system" with the Liberals trying to "poke a hole in super".

"And what is this all about? What is the high point of ideological objection here – it is that trade unions, through not-for-profit Industry Funds, have a role in capital markets – shocking," he said.

The increase in the superannuation guarantee to 12 per cent is already legislated but about a dozen Coalition MPs and Senators oppose the rise, with several saying a higher super guarantee will mean lower wage growth.

"Were the government, prompted by zealots in its back bench, to fall for the idea of an 'opt-in' or 'opt-out' approach … the government would have to legislate to compel employers to pay the 2.5 per cent as wages, because the enterprise bargaining system cannot pay them, as the last eight years [of little wages growth] have demonstrated," Mr Keating said.

Superannuation funds are concerned about the proposal, with Australian Institute of Superannuation Trustees chief executive Eva Scheerlinck calculating the additional 2.5 per cent would boost the average couple's retirement by $200,000.

"There are lots of ways to deal with low wage growth but forcing people to use their retirement savings to fund their own pay rise shouldn't be one of them," she said. The Association of Superannuation Funds of Australia chief executive Martin Fahy said making any element of the system voluntary would affect long-term retirement outcomes and bring "additional complexity for employers and employees".

Industry Super Australia deputy chief executive Matthew Linden said the federal government should follow through on the legislated rise rather than "exploring underhanded ways to renege on it".

"Removing the guarantee in the super guarantee to make it 'optional' is a recipe for higher taxes, lower lifetime incomes, and a red tape nightmare for business," Mr Linden said. "This isn't choice – it's a sneaky tax grab that will leave people worse off and rip up one of the system's founding principles."

However, Grattan Institute household finances program director Brendan Coates supported the idea, saying it added "flexibility" to the system and could be easily delivered in tax refunds. Mr Coates has been critical of increasing super above the current rate as research undertaken by the think-tank found the current level was adequate for most in retirement.

"This is better than the increase just going ahead as planned," he said. "It neutralises the debate about a superannuation-wages trade-off."

The opt-in idea is also opposed by former Reserve Bank governor Bernie Fraser who said it undermined the long-term nature of superannuation. Mr Fraser has previously supported the idea of pulling funds out of superannuation for a home purchase in some circumstances.

"[The government] was concerned about the implications for employers … this doesn't gel with those concerns of the extra burden of increasing to 12 per cent."

Australian Council of Trade Unions secretary Sally McManus said any delay to the compulsory superannuation guarantee rise would not lead to higher wages.

"At a time of great uncertainty and after hundreds of thousands of people emptied their super accounts under the early access scheme, the government should be focussed on helping workers rebuild their super balances for a dignified retirement," Ms McManus said.