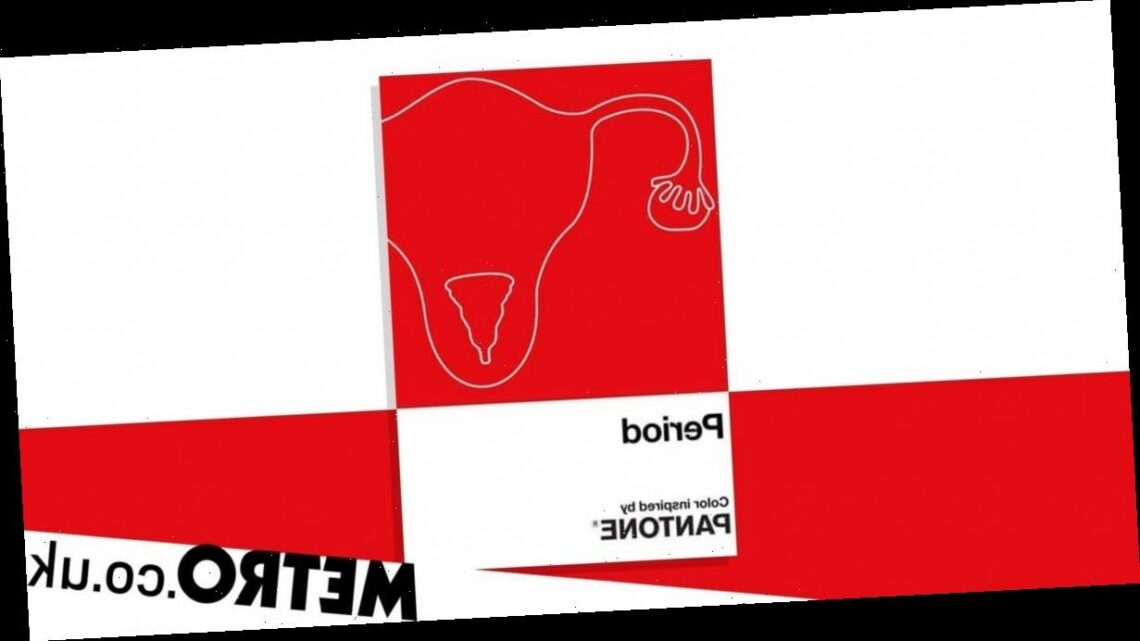 Would you paint your living room period-blood red to tackle menstruation shame?

Pantone, the colour-matching company best known for announcing their ‘colour of the year’ every 12 months, doesn’t quite seem to be suggesting going all out with red paint, but they have introduced a snazzy new colour in honour of all things menstrual.

Named Period, the ‘active and adventurous red hue’ has been launched in an effort to help ’embolden people who menstruate to feel proud of who they are’.

Of course, period blood varies in exact shade from person to person and throughout a cycle, so the Period colour by Pantone doesn’t exactly match actual menstruation.

And in fact, many people online have criticised the shade for not being accurate to the true colour of menstrual blood.

One person tweeted: ‘If your period blood is this colour you should seek medical help. Just saying.’

But the company reckons that even having a colour inspired by periods and named after them will play a big part in tackling the enduring stigma that’s still attached to menstruation.

Pantone teamed up with Swedish period products brand Intimina to create the colour as part of the Seen+Heard Campaign.

Intimina describes the colour as an ‘original shade of red that represents a steady flow’.

Paint it "Period"!🩸🩸🩸We partnered with The Pantone Color Institute to create a shade to represent an empowering, steady flow. Menstruation is a life force we are born with, and it's time we talk about this normal bodily function accurately. ❤️💪🏻#intiminaXpantone #periodcolor

‘We aren’t just painting walls,’ Intimina says in a blog post, ‘we’re breaking down the ones that contribute to the stigmas surrounding periods.

‘It may be the 21st century, but attitudes around menstruation are long outdated and preserved by perpetuated cultural taboos that are mysterious, shameful, and the butt of many jokes.

‘As part of a new campaign by Intimina to make menstruation more visible and normalise this most normal of bodily functions, The Pantone Colour Institute has created Period.

‘The color Period is an energizing and dynamic red shade that serves as the banner for Intimina’s ‘Seen+Heard’ campaign.’

The brand’s global manager, Danela Žagar, added: ‘Pantone’s Period red shade represents exactly what our Seen+Heard campaign is about: making periods visible, encouraging positive conversations and normalising menstruation in our culture, our society and in our everyday lives.’

We’ll have to wait and see if Period ends up being declared as Pantone’s colour of the year for 2021, which would make a stark contrast to the colour of 2020, a ‘classic blue’ chosen to provide a ‘dependable foundation’ for these anxiety-ridden times.

When the colour of the year for 2020 was chosen, the team at Pantone said it would represent a ‘solid and dependable’ presence for the year ahead.

That might not have worked out as planned, given 2020 may go on to have the reputation of the most chaotic, unstable, and anxiety-inducing year of all time.

Pantone’s colours of the years:

Thousands of Brits can apply for £5,000 grant on energy bills from today