Home » Lifestyle » Pandemic anniversary: Here are the craziest viral cooking trends from a year of quarantine 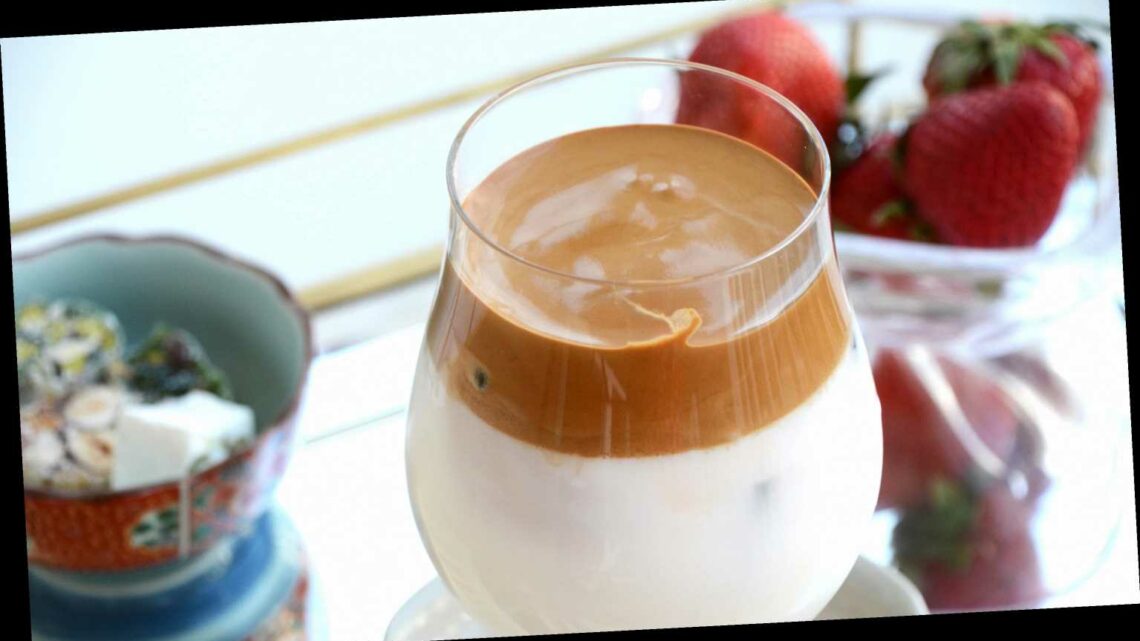 Pandemic anniversary: Here are the craziest viral cooking trends from a year of quarantine

Were we really all whipping coffee just a year ago?

Last week unofficially marks the anniversary of the coronavirus pandemic for many Americans who, at the beginning of March 2020, canceled vacations, said goodbye to their offices and headed to their kitchens to find peace of mind through cooking.

In addition to stress-relieving tried-and-true classics like banana bread and meatloaf, dishes also got creative in quarantine, with creative concoctions exploding in popularity on TikTok.

From Dalgona coffee to cloud bread, here’s a look back at some of the wackiest cooking trends to go viral during our past year of pandemic life.

Remember when we all took out our collective quarantine stress in March by furiously whipping instant coffee in a bowl with water and sugar? Even Lizzo attempted the viral TikTok trend in April.

Here’s how Dalgona coffee is made:

The dish was, well, exactly what it sounded like. Mini (and we mean really small, like quarter-size) pancakes were cooked and poured into a bowl with additives like butter and maple syrup. Some people added milk, though that was a point of contention.

New quarantine cooking trend alert: Get ready to dig into a bowl of pancake cereal

Summer was the season of cloud bread. As its name suggests, this dish is an easy, three-ingredient bread that comes out of the oven looking like a fluffy cloud.

The bread got its rise on social media at the beginning of August, with people sharing videos of themselves ripping the bread in half to reveal a cotton candy-like texture. Most users added food coloring to make it extra pretty.

Cloud bread started to rise on social media at the beginning of August, with people sharing videos of themselves ripping the bread in half to reveal a cotton candy-like texture. Most users added food coloring to make the bread extra pretty. (Photo: Alyssa Wang)

By the week of Aug. 17, the dish had inspired more than 2.2 billion TikTok videos and more than 35,000 Instagram posts tagged with #cloudbread. Though recipes varied from video to video, this one seemed to be the consensus:

Cloud bread is the next quarantine cooking craze: Everything to know about the viral dish

As the weather (and summer’s cloud bread craze) started to cool, a new trend emerged just in time for fall and winter: the hot chocolate bomb.

In TikTok videos, users dropped the bombs into cups of hot milk and watched as the candy spheres melted, releasing the cocoa mix and marshmallows. And thus, a very ordinary cup of milk was turned into a very quick cup of hot cocoa.

Basically, it’s a bath bomb you can eat.

People also put their own spins on the trend, with some making them heart-shaped and others making them into spooky shapes for Halloween.

TikTok isn’t just the place for recipes — it’s also a beacon for food, kitchen and general life hacks. One popular trick that emerged on the site around January was the #tortillawraphack, which involves a new way to wrap a burrito or quesadilla.

To do the hack, slice your tortilla from the center through the outer edge and place the contents of your quesadilla into each of your tortilla’s quadrants. Then, fold each section of the tortilla onto the other, as demonstrated by food influencer Nicole Renard:

Though it’s been over a year, the pandemic still isn’t over. So what are the next quarantine food trends going to be?

Other dishes that have gone viral on TikTok in recent months include birria tacos and fufu. One dish, baked feta pasta, has inspired over 738 million videos on the site, all tagged with #fetapasta. Here’s how it’s made, according to user @feelgoodfoodie: