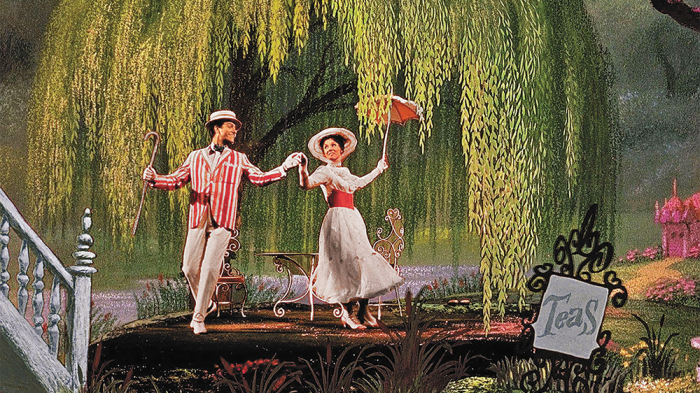 Disney’s “Mary Poppins Returns,” a sequel decades in the making, opens Dec. 19. Even before the 1964 original, Hollywood made several attempts to adapt P.L. Travers’ books, with Samuel Goldwyn and Katharine Hepburn among those involved in the chase. But aside from a one-hour 1949 CBS television version, they all hit a dead-end. The first “Mary Poppins” novel appeared in 1934, and 30 years later, the film was a huge hit, earning more than $100 million and winning five Oscars. But as Variety reported after Travers died on April 23, 1996, “She resisted all Hollywood attempts to make a film sequel.” In an Aug. 4, 1965, story, Variety reported that Travers took part in a “transatlantic telephone” conversation, speaking from London to a group at a Madison, Wis., children’s-book conference. Asked about the movie, she said tersely, “I would have preferred that ‘Mary Poppins’ should be filmed by the British because, well, never mind, let’s not go into that.”

The 1949 TV adaptation was part of CBS’ “Studio One” omnibus series, a one-hour show scripted by Worthington Miner and with an all-American cast led by Mary Wickes (whose many credits include the 1942 “The Man Who Came to Dinner” through 1992’s “Sister Act”).

On Oct. 11, 1950, Variety reported that Goldwyn had bought rights to three “Mary Poppins” books and planned to bring Travers to Hollywood to collaborate on the screenplay. That never panned out.

In May 9, 1956, a Variety story said that CBS owned rights to the books. The network eyed a TV musical with a score by Harold Rome, who had a recent Broadway hit with “Fanny.” That never happened either. (Rome later wrote the 1962 musical “I Can Get It For You Wholesale,” which proved a career breakthrough for Barbra Streisand.)

On Oct. 21, 1957, Paul Gregory said he was gearing up a 90-minute TV special, hoping to land Hepburn to play the title role. The rest was silence.

Walt Disney pursued Travers for years, and the 2013 film “Saving Mr. Banks,” directed by John Lee Hancock, depicts her tense relationship with Disney during the planning of the 1964 film; she disliked the Sherman Brothers’ score, hated the idea of animation, and thought the movie was too sugary.

Filming wrapped on May 21, 1963, but there remained six more months of animation to do. On Dec. 18, 1963, Variety reported the negative cost of $6 million, a studio record, but the film still had a fairly low profile, because Disney wanted to keep it under wraps from the general public.

It opened with a bang. Variety’s Aug. 28, 1964, review was a rave, saying it’s “a must-see,” and praising the “near-immortal ‘Mary Poppins’ books.” Travers, who was born in Australia but lived most of her life in the U.K., wrote eight “Mary Poppins” books in all.

It’s surprising that she even entertained the idea of any TV versions. In her 1965 phone call to Wisconsin, she lamented the whole idea of TV and its pervasive presence in modern households: “I don’t see why a child — so full, so fresh, so lively — with his own ideas and imagination, should really need television. … Here we are, loaded with television and we can’t say no to it.”

When Will 'The Hills' Reboot Air on MTV, and Which Original Cast Members Are Coming Back?