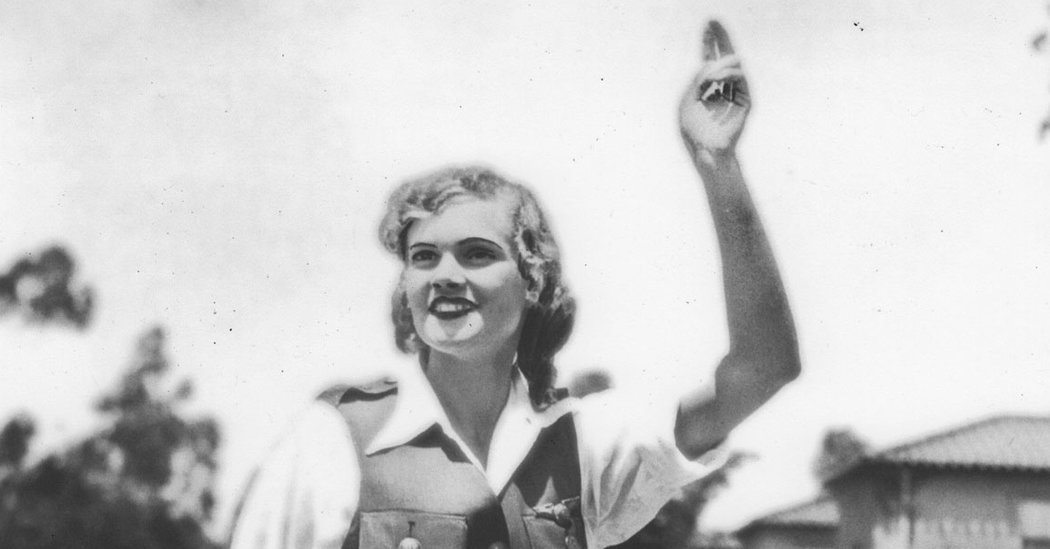 Overlooked is a series of obituaries about remarkable people whose deaths, beginning in 1851, went unreported in The Times.

The ad in The Paris Herald called for “a good-looking, brainy young woman” willing to “forswear skirts” and “rough it” in Asia and Africa for an unspecified expedition.

Idris Welsh, a 16-year-old student at a convent school in France who was crazy about movies, read the ad and was hooked.

She applied and was given the job of mechanic in an ill-defined endeavor that involved filming a team’s travels as it motored around in 1917 Model Ts. At 6 feet tall, blond and attractive, Idris quickly became the face of the expedition, which captured her adventures in a series of movie travelogues.

She clocked 380,000 miles in the 1920s, traversing six continents, often in places where paved roads were unknown. Newspapers called her “the Amelia Earhart of the open road.”

She radiated star quality onscreen and electrified lecture audiences with her tales of the road.

In all, she directed and appeared in 11 films, mostly in the ’20s and ’30s, which are now in the archives of the Library of Congress and the Academy of Motion Picture Arts and Sciences.

“She was a true independent filmmaker,” said Mike Mashon, former curator of the library’s Moving Image Section. “She created and distributed her own films, presenting them on the lecture circuit, continually re-editing them throughout her career.”

The leader of the expedition was Walter Wanderwell (born Valerian Johannes Pieczynski in Poland), a suave promoter with a checkered past that included a prison stint as a suspected German spy in the United States during World War I. He called himself the Captain.

Like the man himself, the mission was infinitely changeable. Sometimes it was billed as an international car race, other times a peace mission on wheels.

Regardless, the one constant of the Wanderwell Around the World Endurance Contest was to film its travels and earn revenue by showing the movies with an accompanying lecture. Many showmen had claimed to have traveled to far-flung places; the Wanderwell crew had the pictures to prove it. 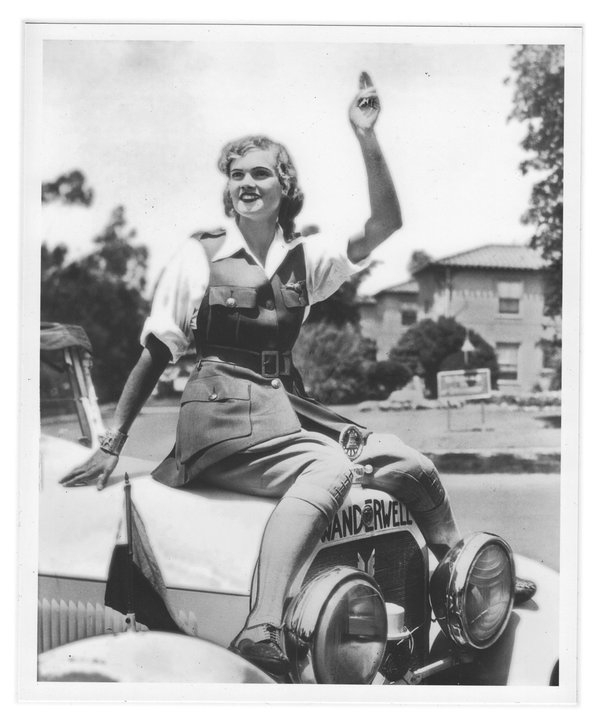 In preparation for the first trip, Idris took on her childhood nickname, Aloha, and tacked it onto the Captain’s surname. Aloha Wanderwell became her nom de route.

On the team’s first trek, from 1922 to 1925, Wanderwell drove in the expedition’s parade of Fords from Nice, France, across Europe and then through Asia, from Mumbai to Kolkata on India’s broad shoulders, and then up to China. After entering the U.S.S.R. and making her way to Vladivostok in 1924, the Soviet Army named her an honorary colonel for “being the first demoiselle to pilot a motorcar to Siberia.”

By the time of her next expedition, from Cape Town to Cairo in 1926, she had married the Captain. This time she helped him improvise. They used kerosene for gasoline, crushed bananas to grease the gears, and water and elephant fat for engine oil.

Idris Welsh was born in Winnipeg, Manitoba, on Oct. 13, 1906, to Margaret and Robert Welsh and grew up in the town of Salmon Arm on Vancouver Island. Her father died when she was 2. In 1909, her mother married Herbert Hall.

To strains of ukulele music on the gramophone, the towheaded Idris often entertained her family by dancing the hula, happy as the center of attention.

Novels by Joseph Conrad stoked her craving for adventure, and Screenland magazine fanned dreams of stardom.

“Mary Pickford was her idol — she was movie-crazy all her life,” said Fink-Jensen, who with Eustace-Walden wrote the biography “Aloha Wanderwell: The Border-Smashing, Record-Setting Life of The World’s Youngest Explorer” (2016).

By 12, Idris had traveled unaccompanied by rail and oceanliner from her boarding school in Canada to England, to be with her mother after Hall was killed in World War I.

They moved to Nice, and Idris, at 15, began taking driving lessons from a dashing war hero.

In her unpublished memoir, “The Driving Passion,” she recalled her time in his cherry-red Peugeot, observing “how the confines of a car, its reassuring purr and motion, breeds an extraordinary sense of isolation, intimacy.”

Itching for further adventure, she spotted the ad in The Paris Herald.

With her mother’s permission, Idris joined the Wanderwell crew. Like everyone else in the unit, she dressed in a military jacket, jodhpurs and riding boots.

Mordaunt Hall, a reviewer for The New York Times, didn’t think much of the Wanderwells’ first travelogue, “With Car and Camera Around the World” (1929), writing, “The film, for the most part, is exactly what a majority of tourists would take with a motion-picture camera.”

But she evolved as a filmmaker, focusing more on editing, said Jess DePrest, a doctoral student at the University of California, Los Angeles, who is writing a dissertation on Wanderwell and early female travelogue filmmakers.

Famously, in 1931, Wanderwell and the Captain traveled to Bahia, Brazil, to search for the explorer Percy Fawcett, who had vanished while looking for the supposed Lost City of Z. (They left their son and daughter in the care of Wanderwell’s mother, in foster homes, and later with her half sister, Miki.)

The Wanderwells did not find Fawcett, but they did return with footage that they used in their one theatrically released sound film, “River of Death.”

After the Brazil expedition, the Wanderwells returned to Los Angeles but had grown estranged. Wanderwell lived downtown, editing “River of Death.”

The Captain, a lifelong philanderer and suspected rumrunner during Prohibition, lived on a schooner, named Carma, 28 miles south in Long Beach. He hoped to repair it and sail it to Tahiti.

On the night of Dec. 5, 1932, the Captain was on the schooner with his sleeping children when a stranger wearing a long gray coat boarded and asked to see him. A group of would-be passengers who were waiting for the boat to sail directed the man to the room where the Captain consulted maps. Soon after, the passengers heard shots. Some ran onto the fogbound deck, looking for the stranger. Others found Wanderwell slumped against a banquette, fatally shot with a single bullet in his back.

“Globe-Girdling Husband of Winnipeg Woman Found Dead” read a headline in The Winnipeg Free Press the next morning.

William Guy, a disgruntled employee who had worked for the Wanderwells in South America, was charged with the murder but acquitted. The crime remains unsolved.

“The list of possible killers with a motive would have made Agatha Christie’s head spin,” Eustace-Walden said. “It could have included husbands, boyfriends, jilted women, jilted business partners, an agent of a foreign power, rogue police, and Aloha herself.”

As her husband might have done, Wanderwell used the publicity surrounding the Captain’s death to promote “River of Death.”

In 1933 she married a gas station attendant named Walter Baker and traveled to India and Australia with him, making movies for much of the 1930s.

They celebrated their 60th anniversary two years before his death, in 1995. She died the next year, at 89.

In 1980, when she was 74, Wanderwell gave her last known lecture and screening, at the Museum of Natural History in Los Angeles.

She asked audience members how they traveled. By car and plane, they answered.

And then she dazzled them with movie clips of her travels by car before superhighways existed, and by plane when commercial airlines were in their infancy.