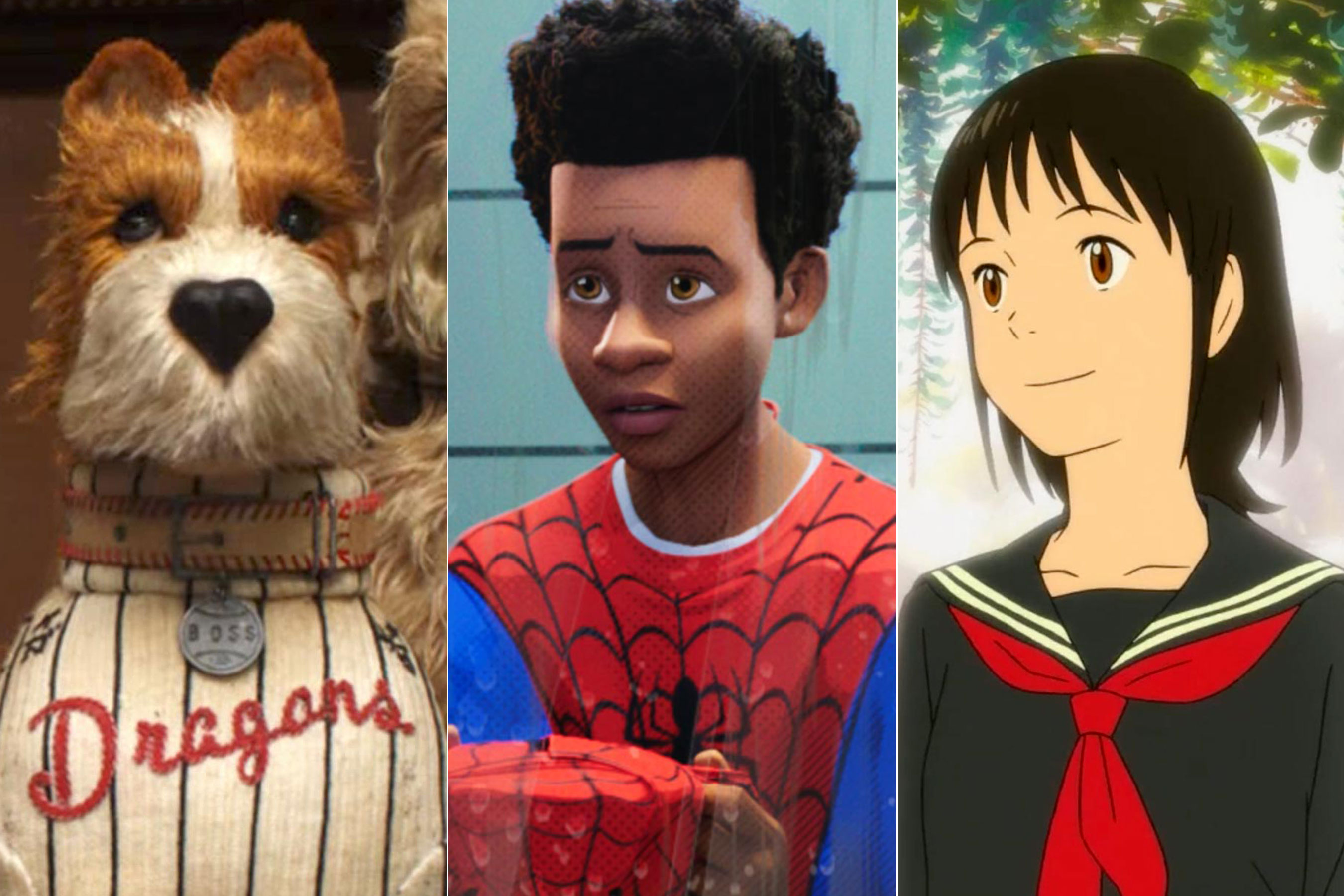 Oscars 2019 Best Animated Feature guide to everything but Disney

The last time Disney didn’t win an Oscar for Best Animated Feature was 2011, the year of Rango — and the company wasn’t even in contention. Pretty much every time a Disney Animation or a Pixar film debuts, chances are it’ll be recognized by the Academy Awards. Hey, no shade. The Mouse House reigns supreme in this category for a reason and between The Incredibles 2 and Ralph Breaks the Internet, it appears another nomination – if not a win – is on its way.

In the past, four other contenders would get the nomination but certainly not as much mainstream considerations and never a win. (The fact that Laika, the spinners of stop-motion stories, still don’t have an Oscar is comparable to the great La La Land snafu of 2017.) This year feels different.

Even with two Walt Disney Company titles in contention, the hopefuls for Best Animated Film are full of interesting prospects, from something as eye-roll-worthy as two animated superhero movies to a tale of talking dogs. With 25 films on the shortlist for nominations in the category, here are five non-Disney titles that are catching our eye.

Spider-Man: Into the Spider-Verse

This is the year superhero movies are considered credible awards contenders: Black Panther with Best Picture and Lead Actor, and Spider-Man: Into the Spider-Verse with Best Animated Feature. Even before its big Golden Globes get, the film spearheaded by writer Phil Lord and producer Chris Miller became the darling of critics circles. It’s already been named the best in animation by groups in Chicago, Detroit, Indiana, Los Angeles, New York, St. Louis, and Seattle.

Word of mouth quickly spread since the creative team debuted the first half hour of Spider-Verse at New York Comic Con. Though unfinished, the footage showcased its unique brand of animation, a stylized ripped-from-the-pages feel that emulated the graphic colors and bold lines of a comic artist rendering. It has mass-market appeal, due to the signature brand of comedy from Lord and Miller, able to reach across the aisle to some of the most jaded critics when it comes to the think-pieced-to-death superhero movie fatigue.

It’s a superhero movie that pokes fun at the tropes and origin stories repeated ad nauseam. (“With great power comes great…” “Don’t finish that sentence!”) It did something different. And now, funny enough, with talk of all these planned sequels and spin-offs, it’ll soon become part of that superhero movie machine it riffs on so well.

Other big studio releases you won’t want to count out: Smallfoot, Dr. Seuss’ The Grinch, and Teen Titans Go! To the Movies.

Wes Anderson’s fascination with stop-motion animation — used partially in films like The Life Aquatic and The Grand Budapest Hotel — resurged after Fantastic Mr. Fox with Isle of Dogs, a Japan-set story about one tyrannical mayor’s decree to banish all dogs to a solitary island garbage heap by spreading misinformation among the people. (Dogs = Bad.) First announced in 2016, it’s a reminder of the specific, painstaking work required to pull off a feature-length effort like this — and it’s work that shouldn’t go unnoticed.

No moment from Isle of Dogs demonstrated this prowess more than the sushi scene: on paper a standard sequence of a nameless sushi chef preparing rolls, but one that, even in a glance, encompasses the various challenges that arise with this particular medium of animation and the impressive results of its execution. Multiple layers reside within each fish (from the meat to the bones) and each piece moves differently (the slight wriggle of the octopus to the blunt crack of the crab claw). The process is like “moving sculpture,” as Anderson’s animation worker bees describe it. Between 27 animators and 10 assistants, all the faces of each character were handmade with multiple replaceable mouths, depending on which vowels in the dialogue are required for a scene.

In 2009, Fantastic Mr. Fox lost the Oscar to Pixar’s Up and Anderson himself has yet to receive an Oscar win. It’s been long overdue.

Many notable animated Oscar hopefuls hail from Japan this year, but none more sentimental than Mirai, a film that has already captivated critics with its debut at the Cannes Film Festival.

Director Mamoru Hosoda (The Girl Who Leapt Through Time, The Boy and the Beast), who received Academy membership this year, offers his most personal film yet. Mirai is the story of the young Kun, who copes with the arrival of his baby sister through tantrums, hitting the infant with his toy trains, and physically lashing out at his parents. His garden, with a tree at the center, becomes his escape; the boy is sent on a transformative journey through time to meet past and future incarnations of his family members in order to discover himself. It makes sense that his sister is named Mirai, meaning “future.”

The style has hints of the Hayao Miyazaki and Studio Ghibli school of animation, two names favored by the Academy over the years, but it’s its own thing. Hosoda brings detail to mundane moments (a bored Kun steaming up a rain-dabbed window with his breath only to wipe away the moisture) as he transforms the home garden into a creative playground and a train station into a child’s nightmare.

More Oscar contenders from Japanese studios: Liz and the Blue Bird, Lu over the Wall, Maquia: When the Promised Flower Blooms, and The Night Is Short, Walk on Girl.

Tito and the Birds

Tito and the Birds, an entry from Brazil, plunges viewers into a lush art piece come to life. As smog from masked government officials blooms onto the screen, so do the brush strokes, an effect from the film’s mixture of oil paintings, digital drawings, and animation.

It’s a film about fear. Mass hysteria spreads through the city of 10-year-old Tito like a contagion, one made more dangerous by fear-mongering. Tito’s father experimented with a way to stop its spread through technology that offers communication between human and pigeon. It’s a story that’s very much of today, with fear-mongering campaigns and the spread of disinformation fueling Trumpism in the U.S. But it’s palatable for children with its bold animation.

Gustavo Steinberg, known for his live-action work, may be new to this cinematic space, but he provided something unforgettable with thick and vibrant colors, energetic brush strokes, and a story with heart.

The man referred to by the title of Ruben Brandt, Collector is a psychotherapist specializing in art as treatment. At the same time, art is his nightmares. He suffers horrific visions, like the haunting opening hallucination of Diego Velázquez’s Infanta de Margarita tearing into Ruben’s arm with her teeth, while Frank Duveneck’s Whistling Boy watches on with a cooled disinterest. He’s convinced the way to stop these dreams is using his four criminal patients to steal the paintings that plague him, catching the eye of a charming, determined detective in the process.

The animation of Krstic’s film also takes inspiration from classic art pieces, yielding a freshly unique style, one that has earned the attention of multiple film festivals and critics circles. There’s an energy that invigorates its car chases and street scuffles, while Krstic isn’t afraid to lean into truly grisly and chilling moments.

Ruben Brandt, Collector is a dark horse entry this awards season. It probably won’t receive an Oscar nomination, given one of those five spots is likely reserved for at least one Disney film. But in a category that has never felt as open to possibilities as this year’s Best Animated Film contenders, never say never.

Other dark horses: On Happiness Road, Lu over the Wall, and MFKZ.