Home » Lifestyle » ‘One of the biggest releases of the year’: why Obama’s new book will trump Trump 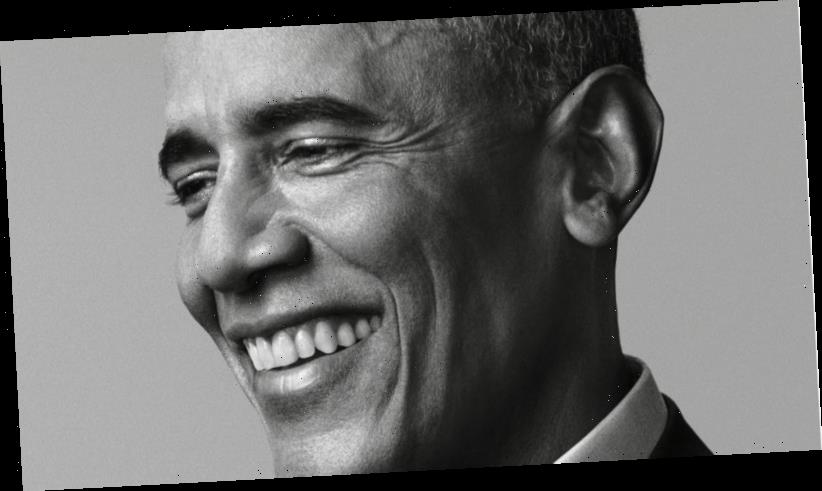 ‘One of the biggest releases of the year’: why Obama’s new book will trump Trump

It could hardly be a bigger contrast. As US President Donald Trump angrily tweets his way towards the end of his term in up to 280 randomly-punctuated characters, Barack Obama has an elegantly designed 768-page memoir heading for book stores.

Titled A Promised Land and out this week, it runs from the former president's early political campaigns to being introduced to the SEAL team that killed Osama bin Laden. And like his first two books, Dreams From My Father and The Audacity of Hope, it is expected to be a bestseller.

"We're gearing up like it's one of the biggest releases of the year," the general manager of Dymocks Sydney, Jon Page, said. "It's going to be one of the bestselling books of Christmas."

While the Trump presidency has regularly seemed turbulent and exhausting, it has been excellent business for booksellers as much as for news organisations.

While the country's biggest political book so far this year has been Malcolm Turnbull's A Bigger Picture, which has sold more than 53,000 copies according to Nielsen BookScan, there has been a regular output of volumes about the Trump administration, led by strong sales for Mary Trump's Too Much and Never Enough and notably including Michael Wolff's Fire and Fury and Bob Woodward's Rage.

"Trump is quite simply the biggest show on earth for global media," the chief executive of the United States Studies Centre, Simon Jackman, said. "In the United States … he's been so good for business it's not clear American media wants Donald Trump to go away quietly."

Said Page: "Anything on Australian politics will still sell but there has been a big interest in Trump and what's been going on."

He expected A Promised Land to appeal to Australian readers because Obama is such a beautiful writer, his past books have been inspirational and the election of Joe Biden has given new currency to his politics. 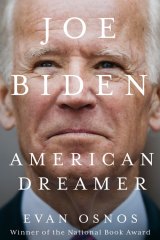 While Dreams From My Father has sold 136,400 copies and The Audacity of Hope 83,700 copies in this country, the family's most successful author is former First Lady Michelle Obama, whose memoir Becoming has topped 202,000 sales.

So what book should Australians read to catch up on President-elect Biden?

In a sign of how much Trump has dominated the media, Professor Jackman is stumped by the question.

"I don't have an answer to that," he said with a laugh. "I can rattle off five or six books on Trump but I don't know the Biden book."

That will change in two weeks when Evan Osnos' short biography Joe Biden: American Dreamer is released. Bloomsbury associate publisher Alexis Kirschbaum, who said the New Yorker writer had interviewed Biden at length four times and also talked to Barack Obama, friends and aides, expected it to be "hugely popular".

Page is not so sure.

He said there had already been renewed interest in Biden's memoir Promise Me, Dad, about losing son Beau to brain cancer, as well as soon-to-be First Lady Jill Biden's memoir Where the Light Enters, her children's book Joey: The Story of Joe Biden, and Vice President-elect Kamala Harris' memoir The Truths We Hold.

"I don't think that's going to be huge but it will be big," Page said of the new Biden biography. "I'd definitely recommend Promise Me, Dad. It's an insight into his whole life in politics and what he's had to deal with in terms of losing a child. It makes him more human."

Sales of Trump's longtime bestselling The Art of the Deal spiked when he was elected president, reportedly earning him more than $US1 million in 2018 even after ghost writer Tony Schwartz revealed that he felt "a deep sense of remorse" about the book and thought it should have been called The Sociopath.

Page said sales had "dropped off considerably" during Trump's term.

And while the market for books about the departing president feels saturated, Professor Jackman thinks there could be more lively reads to come and not just from Trump himself under a rumoured book deal.

"I think there would be a fascinating book about this period: the president himself contracting coronavirus, how the American government functioned – or didn't – during that period and now," he said. "This transition, as a political scientist running a US study centre, I'm keenly interested to get the inside dope on that."