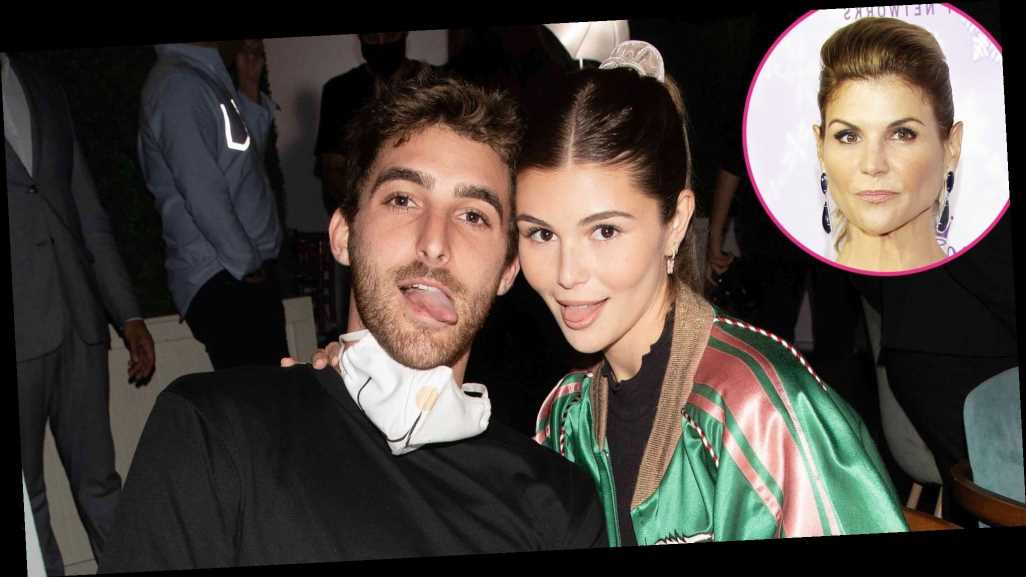 The countdown is on for Lori Loughlin and Mossimo Giannulli to report to prison to serve their respective sentences for their roles in the nationwide college admissions scandal, but their youngest daughter, Olivia Jade Giannulli, appears to be in good spirits.

The 20-year-old YouTuber posed for photos while out to dinner in Los Angeles with boyfriend Jackson Guthy at Delilah restaurant in Los Aneles on Wednesday, September 23. The couple, who briefly split during the summer of 2019 amid the scandal, were also spotted holding hands during their date night.

Loughlin, 56, and Mossimo, 57, attended virtual sentencing hearings last month after they pleaded guilty to fraud charges for paying alleged bribes to ensure their daughters would be admitted into the University of Southern California as crew recruits. While the Full House alum was sentenced to two months behind bars, her husband is set to serve five months in prison. Loughlin and Mossimo were both ordered to pay fines, complete community service and two years of supervised release.

“I ignored my intuition and allowed myself to be swayed from my moral compass. I thought I was acting out of love for my children, but in reality, I had only undermined and diminished my daughters’ abilities and accomplishments,” an emotional Loughlin told the judge on August 21. “I have great faith in God and I believe in redemption and I will do everything in my power to redeem myself and use this experience as a catalyst to do good and give back for the rest of my life.”

Us Weekly broke the news earlier this month that Loughlin’s request sentence to serve her sentence at the federal correctional institution in Victorville, California, was approved. A judge also signed off on Mossimo’s request to report to Lompoc Camp in California. The twosome, who are also parents of 22-year-old daughter Bella Giannulli, must surrender to their respective facilities no later than 2 p.m. on November 19, 2020.

Sources previously told Us that Olivia Jade’s relationship with her mother was “not fully healed” amid the scandal, but the social media influencer was determined to get her life back on track after leaving USC.

“Throughout this ordeal, Olivia was distant from her former sorority sisters and certain people she was close to before the news broke,” one insider told Us in May. “Her former friends were not sure if it was based on legal advice or the fact that she felt too embarrassed to face the situation to old friends. Now, Olivia has been more open to communicating with them and rekindling those friendships.”

The source added that she was “beginning to feel more comfortable being more public.”

Scroll through to see the photos of Olivia Jade’s date night:

New coronavirus mutation is more contagious – and could be adapting to get round masks, experts warn