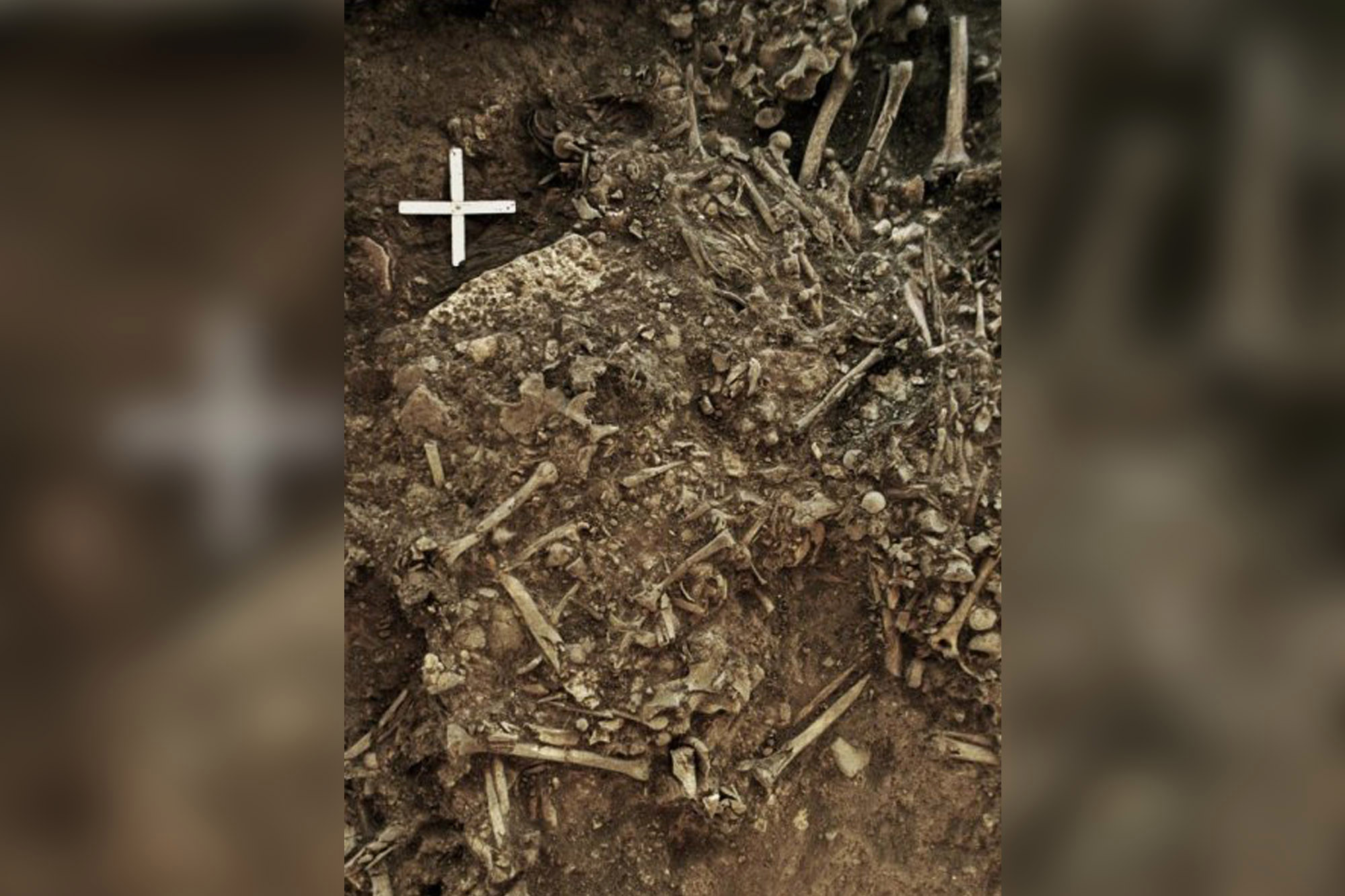 Scientists have unearthed an ancient strain of plague that may have had a hand in wiping out some of our early ancestors.

A young woman who died 5,000 years ago was struck down by a previously unknown form of the disease, which has killed around 500 million people across its 12,000-year history.

Its deadly advance across the continent may have contributed to the decline of these settlements seen at the start of the early Bronze Age around 3,000 BC.

“Plague is maybe one of the deadliest bacteria that has ever existed for humans,” said study author Dr. Simon Rasmussen, of the University of Copenhagen.

“The kind of analyses we do here let us go back through time and look at how this pathogen that’s had such a huge effect on us evolved.”

Rasmussen’s study will be published in the journal Cell on December 6, according to Science Daily.

Researchers analyzed the remains of a 20-year-old woman who lived in Sweden during the Neolithic period – a time when humans first began to use farming practices.

It is believed that Europe was home to roughly seven million people during the Neolithic era.

Scans of the woman’s DNA revealed a newly discovered strain of Yersinia pestis, the bacteria that causes the plague.

The strain had the same genes that make the pneumonic plague deadly today, and traces of it were also found in another skeleton at the same gravesite suggesting the disease likely killed the young woman.

It is the oldest strain of plague ever discovered, and the closest scientists have gotten to the original virus, from which all other forms of the disease have sprung over its 12,000-year history.

Researchers said the new strain may have played a hand in the collapse of Neolithic “mega-settlements,” ancient European communities that boasted up to 20,000 inhabitants.

The settlements, which all but disappeared around 5,000 years ago, would have been the perfect breeding ground for new strains of plague.

“These mega-settlements were the largest settlements in Europe at that time, ten times bigger than anything else,” Rasmussen said.

“They had people, animals, and stored food close together, and, likely, very poor sanitation. That’s the textbook example of what you need to evolve new pathogens.”

“If plague evolved in the mega-settlements, then when people started dying from it, the settlements would have been abandoned and destroyed. This is exactly what was observed in these settlements 5,500 years ago.”

Traders hoping between settlements likely brought the disease to the small community where the Swedish woman lived, he added.

While plague is often seen as a disease of the Middle Ages, strains of the bacterium that cause it still infect humans today.

The illness has a history spanning 12,000 years, but the most famous strains are the bubonic and pneumonic plagues of the 14th Century, which together killed an estimated 200 million people across Europe and Asia.

It is thought that the disease killed off 90 percent of Neolithic Britons in the space of just 300 years around 2,500 BC.

Plague is transmitted via pests like fleas and causes abdominal pain, diarrhea, nausea and vomiting.

In its worst cases, the infection causes the skin to go gangrenous, eventually turning black and falling off.

Today, around 1,000 to 2,000 cases are reported worldwide each year, with the highest incidence in Africa.

Boy, 8, steers mother’s car to safety when she blacks out doing 65mph