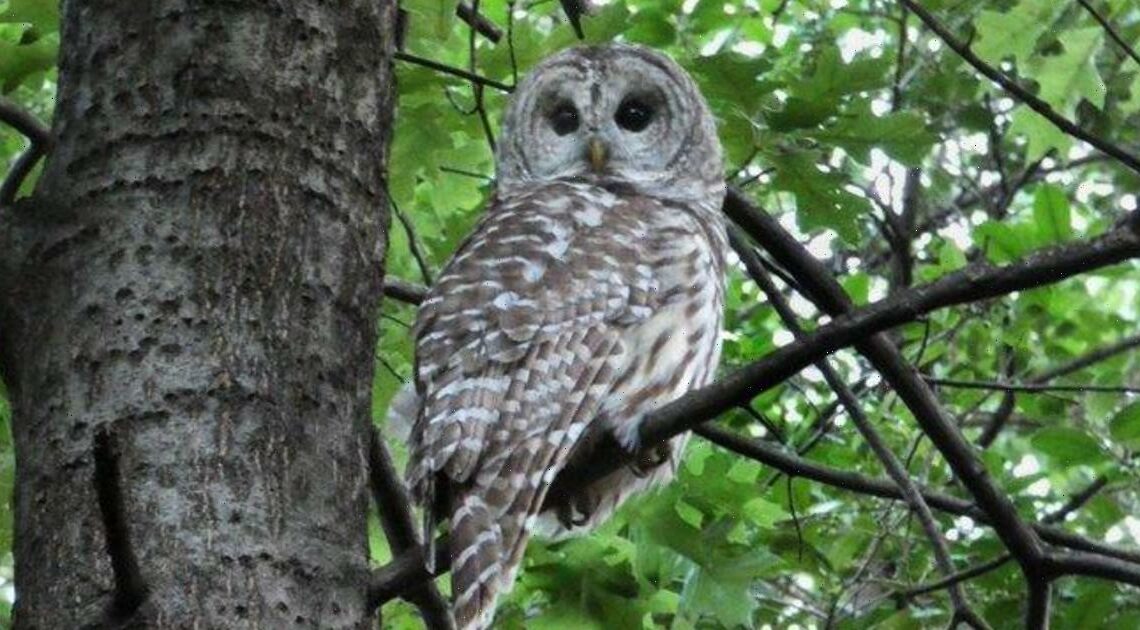 Barry the barred owl flew into New York City’s heart in October 2020, becoming an instant celebrity in Central Park. But the Central Park Conservancy announced Friday that Barry has died after being struck by one of its maintenance vehicles overnight.

The Conservancy said in a statement that Barry had been flying low, likely while searching for food, when it “made contact” with a maintenance vehicle at around 2:30 Friday morning. Staff reported the incident and contacted the Urban Park Rangers.

“The barred owl’s presence in Central Park brought so much joy, reminding all of us that the Park is a vital greenspace for all New Yorkers, including the wildlife that call it home,” the Conservancy said.

It’s with a heavy heart we share that a barred owl, a beloved Central Park resident, passed away early this morning. pic.twitter.com/AYEV0gXZIr

Barry spent the last 10 months being a focal point for New York City’s birdwatchers. Countless photos and videos of Barry have been posted to social media, gaining admiration from both locals and those who live outside the city. Owls are typically nocturnal — but even during the day, many were able to capture Barry splashing in the water and appearing to pose for photos.

Heat got you down? Just take a cool dip like #barry the #barredowl and don’t forget to shake your tail feathers on the way out. @BarryBarredOwl #nyc #centralpark #birdcpp pic.twitter.com/13OTnIrVJz

Night-time observations of the #CentralPark barred #owl from the past few weeks (part 2). The Ramble is so lush now, a stark difference from how it looked when I first started observing the owl. #birdcpp #BirdTwitter #barredowl #bird #birding #birdwatching #wildlife #SonyAlpha pic.twitter.com/WbPpgXB5ud

The bird also acquired its own Twitter account, and in November, got a profile in The New York Times. According to the newspaper, Barry was first found on October 9 by a group of birdwatchers. Among the group was Robert DeCandido, who has led guided bird walks in Central Park for more than 25 years, according to his website.

DeCandido told the Times that only one or two owls are spotted in Central Park every year, and that Barry had likely flown into the area from the north.

According to the New York City Parks website, barred owls sleep high in white pine trees. When they vocalize, it sounds as if they are shouting “Who cooks for you?” They typically hunt at sundown and prey on rodents and small mammals.

Barry’s fans have expressed their sadness over his death on social media.

Manhattan Bird Alert, a Twitter account that regularly posts New York City wildlife photos and has nearly 49,000 followers, said it will “miss her wondrous and beautiful presence in the park.”

One Twitter user said that Barry “fostered a large community of nature lovers and citizen scientists in the midst of the pandemic.”

“The friendships ‘Barry’ created will endure,” they added.