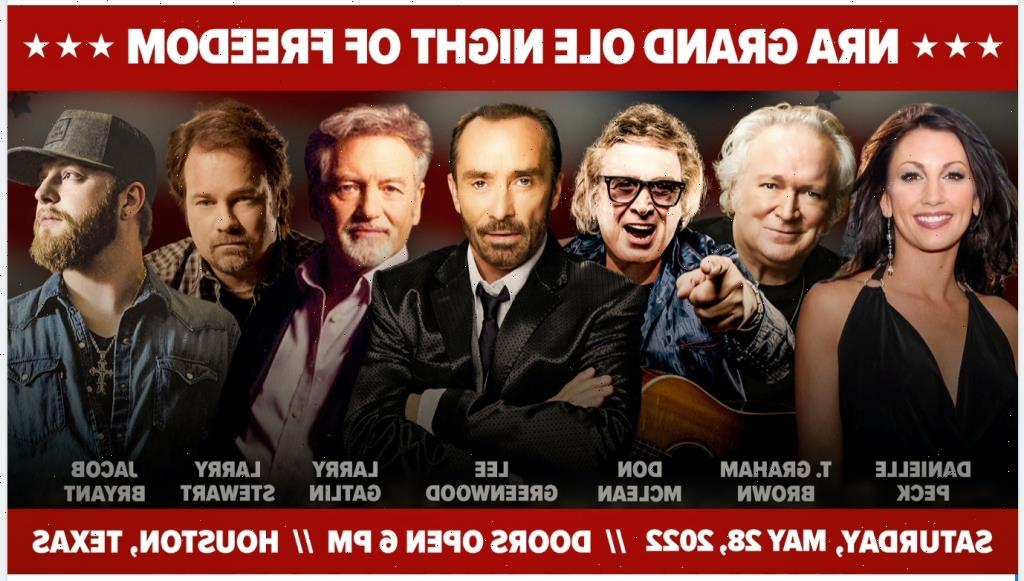 NRA Rally and Concert to Proceed in Houston Over Memorial Day Weekend, Despite Uvalde School Shooting

With speeches from former President Donald Trump, Texas Governor Greg Abbott and Texas Senator Ted Cruz; with “over 14 acres of guns and gear and 800 exhibitors”; and with a concert featuring Don McLean, Lee Greenwood, Larry Gatlin, and others, the National Rifle Association’s “Biggest show of the year” is taking place in Houston this Memorial Day weekend — three days after a school shooting in which at least 19 children and two adults were killed in Uvalde, Texas, less than 300 miles away.

It was the deadliest and at least the tenth mass shooting and the 27th school shooting in the U.S. this year alone — including one in Houston just two weeks ago, in which two men were killed and three critically wounded.

“Join us as we celebrate the NRA’s 150th anniversary over Memorial Day weekend,” trumpets a message on the not-for-profit organization’s website and over its phone lines. “Make plans now to join fellow Second Amendment patriots for a freedom-filled weekend for the entire family as we celebrate Freedom, Firearms, and the Second Amendment!”

As of Wednesday afternoon, the gun-lobbyist organization’s annual meeting was still scheduled to take place at the city’s George R. Brown Convention Center from Friday to Sunday, according to its website. Along with McLean, Gatlin and Greenwood, scheduled concert performers for the country-leaning concert, which is billed as a “Grand Ole Night of Freedom,” are T. Graham Brown, Jacob Bryant, Danielle Peck, and Larry Stewart. Reps for Gatlin and Stewart confirmed to Variety that they will still be performing; reps for the other artists did not immediately respond.

Reps for the NRA did not immediately respond to Variety’s requests for comment, although Michael Heckman, CEO of Houston First, the government corporation that oversees the convention center, told Newsweek he was not aware of any plans to cancel the event or change the schedule in the wake of the school shooting. Rep for Trump and Governor Abbott did not immediately confirm whether the former president and the governor will continue with plans to speak at the event.

However, Abbott called for flags in the state to be lowered to half-staff on Tuesday in memory of the victims.

However, Texas Senator John Cornyn, who was scheduled to speak at the event, confirmed to Newsweek he will no longer be attending as a result of the massacre.

“Prior to the tragedy today in Uvalde we had already informed the NRA he would not be able to speak due to an unexpected change in his schedule,” Cornyn’s spokesperson said in a statement. “He now has to be in D.C. for personal reasons on Friday.”

At a candlelit vigil for the Ulvade victims, Rep. Sheila Jackson Lee (D-Tx.), called on the NRA to cancel the event, saying “it’s not the time.”

In a speech at the White House after the shooting, President Biden asked, “When in God’s name are we going to stand up to the gun lobby?”

Fleet Week NYC: What is the meaning of Fleet Week?
World News