Home » Lifestyle » Now, for his next act, Gary Oldman takes on a sloppy agent in a gripping spy thriller 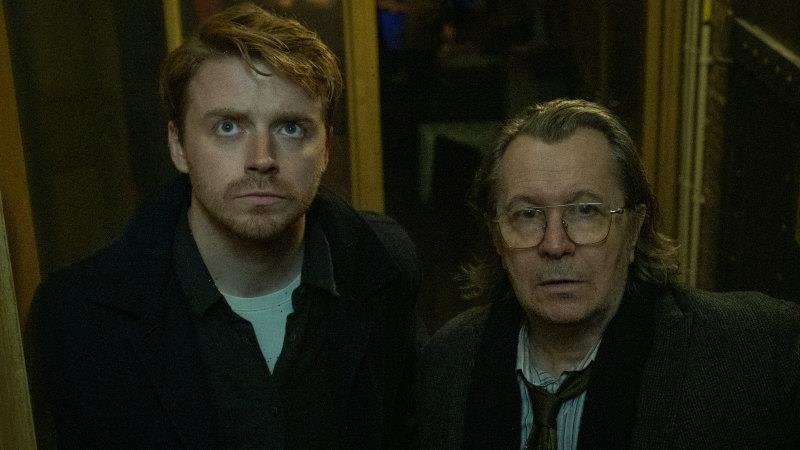 Now, for his next act, Gary Oldman takes on a sloppy agent in a gripping spy thriller

Slough House is a drab and dispiriting exile. It’s the backwater to which agents from Britain’s intelligence agency, MI5, are consigned when they’re deemed problematic, in the new spy thriller series Slow Horses. The undesirable destination is described by novelist Mick Herron in his book of the same name, the first in a series that’s soon to number eight books, as a “crackpot palace”.

The show stars Gary Oldman as Slough House boss Jackson Lamb, Jack Lowden as River Cartwright, a young agent relegated to administrative duties under Lamb’s watch, and Kristin Scott Thomas as Diana Taverner, a second-in-charge at MI5. If one end of the spy spectrum showcases slick agents in designer duds, sipping martinis and zooming about in snazzy vehicles, the Slough House staff is at the other end. They’re more likely to be found at dingy desks, slurping teabag tea from chipped cups, reviewing ancient traffic-violation records. They might get to chase suspects in clapped-out sedans that run out of petrol. 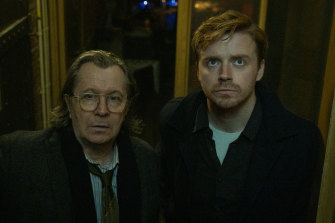 As Oldman notes during a Zoom interview where he sits companionably beside Lowden, “Lamb looks like he’s come from a jumble sale. He’s irascible and acerbic and unkempt. He wants to give the impression that he’s sitting on his bum all day with his feet up on the desk and doesn’t really care, that he’s given up. I think he’s almost trying to convince himself that he wants to walk away. But he can’t because once you’re in the game, once you’ve experienced what he’s experienced – he was a top agent years earlier in Berlin – you’re addicted to the adrenalin.”

Lamb is clearly nothing like 007 and he’s also a long way from another famed agent of the service, John Le Carre’s George Smiley, whom Oldman memorably played in the masterful 2011 film adaptation of Tinker Tailor Soldier Spy.

Cartwright, meanwhile, bristles at his placement at Slough House. A keen and green young agent, the grandson of an MI5 luminary (Jonathan Pryce), he’s trying to fulfil great expectations. The action-packed opening of the six-part series suggests why he might’ve been demoted. The relegation is especially galling as it traps him in a domain controlled by Lamb, who is introduced as someone who sleeps in his grimy office, exists in a fug of cigarette smoke and alcohol fumes, and lives on takeaway food. He has greasy hair, holes in his socks and sweat stains on his rumpled shirt. 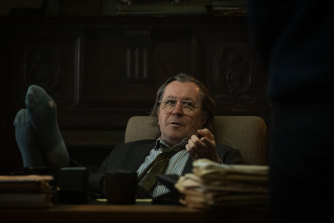 Oldman says Lamb “gives the impression that he doesn’t care, but he actually cares very deeply.”

For his part, Lowden adds, “River has the espionage bug as well. But he shows that he cares and he finds it horrific that Lamb seems not to. It’s a huge disappointment to him. I think River wishes that he was working for someone like Diana Taverner, someone who maybe dresses smartly and doesn’t smell of whiskey.”

Taverner is known, although never to her face, as “Lady Di”. The role of MI5’s icy and formidable Second Desk is perfectly tailored to Scott Thomas, who memorably co-starred with Oldman in 2017’s Darkest Hour, a rigorous performance that earned Oldman an Oscar. About his Lamb, she’s said approvingly, “He’s brave enough to be utterly repulsive.”

Lowden laughs at that appraisal: “That’s one of the best reviews I’ve ever heard! They ought to put that on the poster.” Justifiably acclaimed for his skill at disappearing into his roles, Oldman didn’t resile from going the full Lamb from nicotine-stained fingers to retaining the paunch he’d developed for his role in Mank. “It’s very freeing to play a character who doesn’t give a hoot,” he says.

For Lowden (Small Axe, War & Peace), working with Oldman was a gift and an honour. “I wasn’t unaware of the fact that to be given the opportunity to play opposite Gary, one of the greatest actors that has ever been, in a scene, let alone six episodes, is something that every actor of my generation would’ve given their right arm for. I felt a huge responsibility to soak up as much as I could. And just getting to watch him work, in rehearsals, working things out, was almost more interesting than watching the final performance.”

To which Oldman quips, “I’ve always been pretty good in rehearsals”, and Lowden responds, “Yeah, your rehearsal is my end performance.”

“That’s very sweet,” Oldman murmurs, adding graciously, “I’d seen this guy on stage, so I knew what I was in for.”

Slough House is not in Slough. The derogatory nickname emanates from “The Park”, the shinier Regent’s Park headquarters of “Five”. Those in the London command centre regard the unprepossessing associated office, which is geographically proximate, as so remote from meaningful activity that it might as well be in the undesirable town 20 miles west. Equally derisively, its employees are known as slow horses. 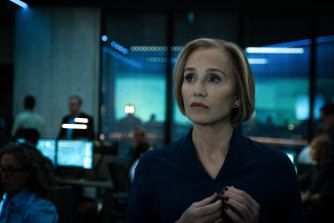 “Mick Herron came up with the world and it’s a fantastic invention,” says Oldman. “We think of it as a character piece. The plot, in a way, is mechanical and takes care of itself, although Mick is also very good with plot.”

Lowden agrees: “To put those characters in that world, where people are used to seeing slick, cool, mysterious, it’s a genius idea.”

In the first series – a second, Dead Lions, has already been shot – they become involved, largely at the initiative of Cartwright and against orders from Lamb, in a hostage case. A Pakistani-English university student and aspiring comedian (Antonio Aakeel) is kidnapped and his attackers are threatening to behead him. As Lady Di and her underlings endeavour to track down the kidnappers, the slow horses also find themselves in hot pursuit. 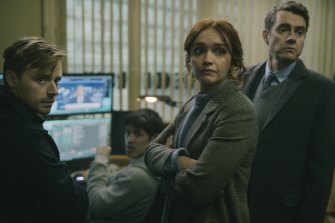 Skilfully adapted from Herron’s novel by Will Smith (The Thick of It, Veep), the series sparkles with wit as it gleefully toys with the conventions of the genre and conjures up a winning bunch of crackpots.

Slow Horses is on Apple TV+.