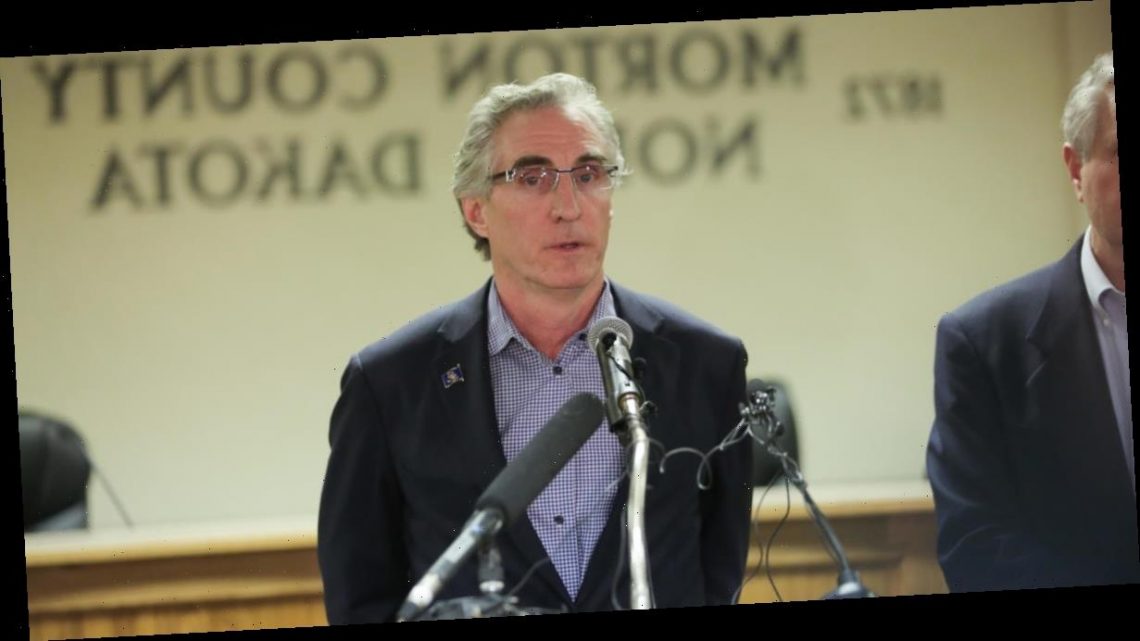 North Dakota’s Republican governor on Thursday blasted an anti-LGBTQ resolution that was passed by hundreds of his party’s delegates, calling it insulting and divisive. The resolution states that many “LGBT practices are unhealthy and dangerous, sometimes endangering or shortening life and sometimes infecting society at large.”

Governor Doug Burgum issued a statement Thursday denouncing the resolution, which is one of dozens of party policy statements passed this spring by mail-in ballot.

We can respect one another’s freedoms without disrespecting or discriminating against the LGBT members of our state and our party, whom we support. 2/2

“As I’ve long said, all North Dakotans deserve to be treated equally and live free of discrimination,” Burgum said. “There’s no place for the hurtful and divisive rhetoric in the NDGOP resolutions.”

The state GOP’s executive director, Corby Kemmer, issued a statement Wednesday apologizing for the language in that resolution, which was first reported on by The Forum of Fargo-Moorhead on Wednesday.

“The resolutions were presented for an up or down vote, and no one resolution was voted on individually,” Kemmer said.

“The intent of the delegates was to stand up for individual and religious liberties, and, unfortunately, this language falls woefully short of that goal. We regret any offense this may have caused, and we will be reconsidering this resolution at a future meeting to bring it more in line with what delegates were attempting to communicate,” he said.

Kemmer told The Associated Press that the package of resolutions was approved 621-139 in April’s mail-in vote, which was organized after the party’s planned convention was canceled because of the coronavirus pandemic.

It was not clear when the resolution might be reconsidered. Former U.S. Rep. Rick Berg, the state GOP’s chairman, didn’t immediately reply to Thursday phone messages seeking comment.

State Rep. Josh Boschee, a Fargo Democrat who is the North Dakota House minority leader and the only openly gay member of the Legislature, said the GOP resolution contains “blatant lies.”

“This is nothing to help the image of North Dakota,” Boschee said. “This is just a gut punch to see they would approve language like this.”

North Dakota Republicans wield supermajority control in the Legislature and hold every statewide office. The Legislature has defeated measures several times in past years that would have banned discrimination based on sexual orientation in housing, government, public services and the workplace.

Though North Dakota has fought against protections for gay, lesbian and transgender people, the U.S. Supreme Court ruled last month that a landmark 1964 civil rights law protects them from discrimination in employment, in a resounding victory for LGBT rights from a conservative court.

Burgum has long been critical of the GOP-led Legislature’s stance on social issues, including being outspoken on its failure to pass the anti-discrimination bill. Burgum supported the legislation last year.

Republican former Governor Jack Dalrymple chided lawmakers when they killed a similar bill in 2017, telling them in a statement they had missed an opportunity to protect gays and lesbians from discrimination.

The Republicans held their state committee meeting in Medora on Friday and Saturday despite the coronavirus threat, and on Wednesday, the state Health Department sent a letter to those who attended telling them that someone who was there had tested positive for COVID-19 and warning them to take precautions.

Burgum and several other North Dakota lawmakers were among the estimated 80 attendees. Burgum’s spokesman, Mike Nowatzki, said the governor tested negative for the virus Wednesday after being notified by health officials.