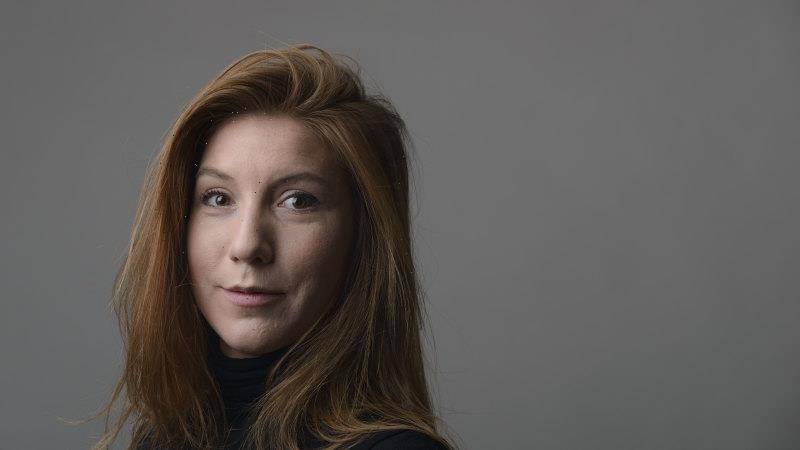 There’s plenty of information online about the man who killed Danish journalist Kim Wall aboard his home-made submarine in August 2017. But you won’t find much of it in The Investigation.

This six-part dramatisation of the police work that finally led to the conviction of Wall’s killer in 2018 is a meticulous step-by-step procedural that would put the likes of CSI and Law & Order to shame with its slow accumulation of detail, its eschewal of lucky breaks, its focus on dogged repetition as the backbone of police work. 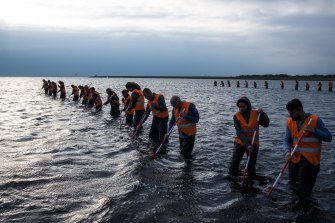 Volunteers search for the remains of journalist Kim Wall off coast of Copenhagen in The Investigation.Credit:SBS

Slowly and relentlessly it drags you along so that you can feel just how high a bar “beyond reasonable doubt” can be and so you share in the jubilation of a diver surfacing with a crucial find from the ocean floor. Like the police, you will likely conclude the accused man is guilty of having invited this woman to sea purely to enact a sick fantasy of rape, murder and decapitation long before it can be proven.

The central player though is not the killer, it is Jens Moller (Soren Malling), Copenhagen’s (now-retired) head of homicide. He is an inscrutable figure, giving almost nothing of himself away. The job is his life, the task of bringing closure to Kim’s parents, Ingrid (Pernilla August) and Joachim (Rolf Lassgard), is his mission.

Pointedly, The Investigation never mentions the killer by name. It does not show him, give a lot of biographical detail, or even offer much from his testimony – perhaps because it is not worth much. He gave three wildly conflicting versions of his story, changing it each time the investigators turned up new evidence, starting with Kim’s torso and ending, months later, with the rest of her dismembered body.

He is, as far as the show is concerned and in line with a push from victims’ rights groups around the world, not worth dignifying with a name. All we need to know about him is what he did, and that he was narcissistic enough to imagine he would get away with it. 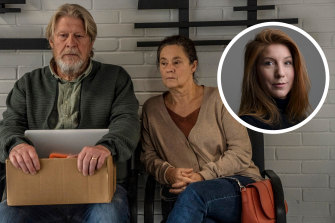 He is treated here as being beneath contempt, and that makes The Investigation a case study in how filmmakers might deal with traumatic tales of real-life crimes without giving the perpetrators the fame they so desperately crave.

It’s fraught territory, with filmmakers contending with claims that telling these tales only retraumatise the victims/survivors and their loved ones. We’ve seen such charges levelled recently against They Are Us, the proposed film from New Zealand-born writer-director Andrew Niccol about the Christchurch massacre, and also at Nitram, Justin Kurzel’s film about the Port Arthur massacre in 1996.

In my view, you can’t simply cry “too soon”; after all, the events of The Investigation are clearly still raw for many (though admittedly they are of a different order of shock to a mass attack). You can’t simply rule some subjects off-limits. Each attempt needs to be judged on its own merits and assessed on both its intentions and its outcomes.

Getting it right isn’t easy, but that doesn’t mean filmmakers shouldn’t be allowed to try.

Not that they will always get it right, of course. Back in 2017, Emma Sullivan, an Australian woman living in Denmark, was making a documentary in which Kim Wall’s soon-to-be-killer featured. In fact, she had filmed an interview with him just 15 minutes before the award-winning journalist stepped onto his submarine.

Her murder turned Sullivan’s film into something else, and last January Into the Deep debuted at Sundance.

But it soon emerged that a couple of people in the doco had not signed clearances. They claimed the film was retraumatising. The cinematographer agreed. Netflix, which had picked up the film for its global platform, dropped it like a hot potato. Into the Deep was sunk.

The moral of this story? True crime is a rich field, but filmmakers must tread carefully lest they step on a landmine.