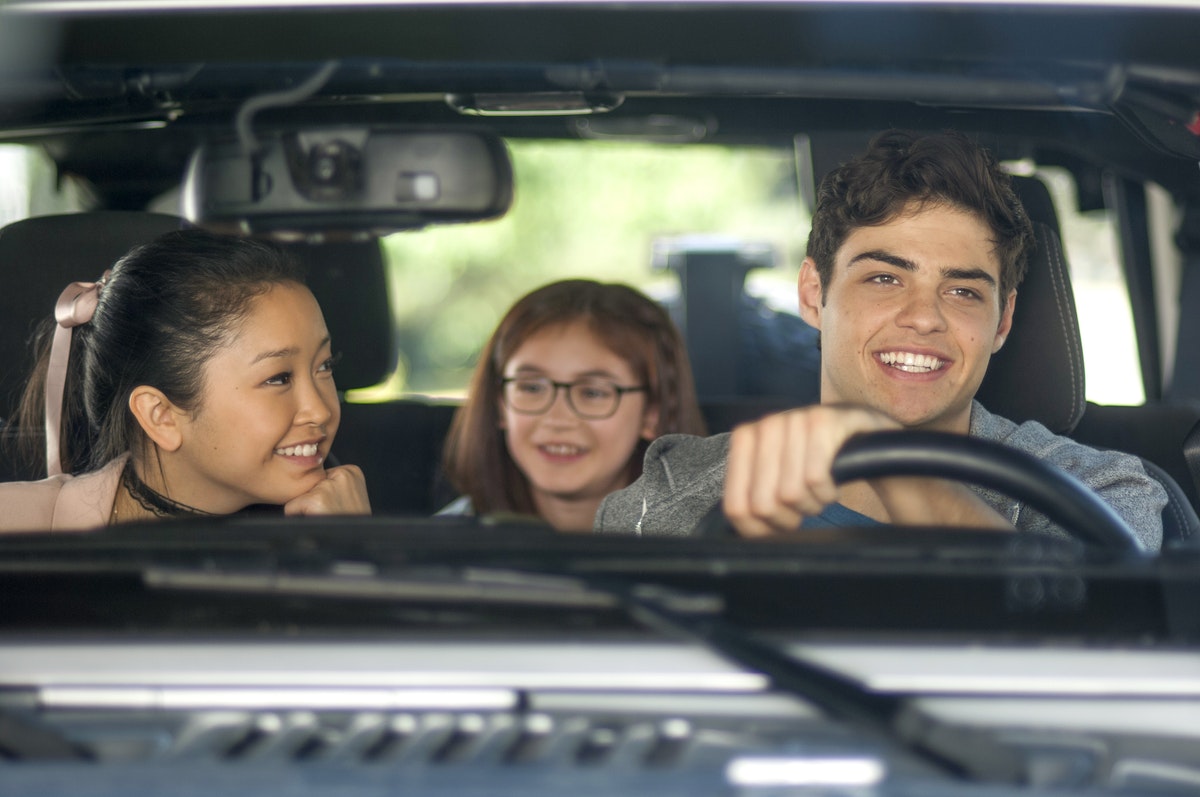 Lara Jean Covey has finally made it IG official: A To All the Boys I’ve Loved Before sequel is in the works, Lana Condor confirmed via Instagram on Thursday, Dec. 19. "It’s happening! So excited to announce #ToAllTheBoysSequel is coming soon….let’s do this," she wrote, tagging costar Noah Centineo and TATB author Jenny Han.

Given that some might call this news a legit Christmas miracle, it only made sense that Condor’s video announcement revolved around her making out her holiday shopping list while lying on her bed. After quickly deciding to just bake Han "her favorite chocolate chip cookies," the actor was stumped, however, on what to get Centineo since "Noah kinda already has everything," as she wondered via a voiceover.

Lucky for Condor, the ever-handsome Mr. Centineo (AKA Peter Kavinsky) just so happened to be calling her on FaceTime at just the right moment. After exchanging excited greetings in the video, Condor breaks the news to her costar that "if we’re going to do this thing, we are gonna need a new contract."

Thus began the excruciating wait for fans to find out exactly what "this thing" is. Centineo voiced some objections, repeating "whoa, whoa, whoa, whoa, whoa, whoa" right off the bat. When Condor assured him it was "just a Christmas contract," however, that seemed to alleviate his concerns. (You know, since there weren’t any hiccups with their onscreen dating contract and all…)

Centineo did insist that he gets to make the first rule — though Condor immediately stipulated — pointed finger and all — that she’s "not watching a Christmas horror movie." (The good news: "No, it’s the Christmas Prince 1 and 2," he adorably revealed.)

So, wait, was it all just a tease? Nope. "One more thing," Condor said to her TATB love. "I get to tell the fans about our little secret."

Following a brief cut to Centineo’s million-dollar grin, Condor broke the fourth wall to bring fans the exciting news that may have just been all they wanted for Christmas: "I am so excited it is officially official. We are making a To All the Boys sequel." 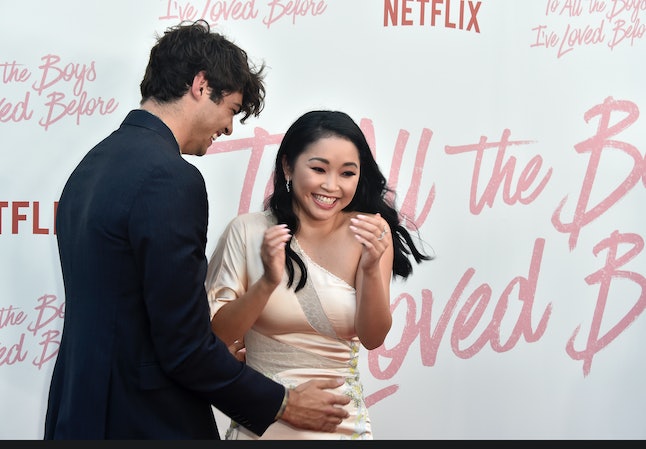 Peter, er, Noah had to weigh in too, of course. "Bring on the sequel!" the actor playfully shouted before echoing how excited he and Condor both are to reprise their roles.

But then… Condor got a call-waiting alert and told Centineo she would call him back. (Wait, what? Who could have been more important?) Well, viewers may not have ever seen or heard who the mystery caller was, but after Condor’s face lights up, she replies, "What?! You’re gonna make the perfect John Ambrose!" Fans will surely be writing in their diaries about that one later.

But who will play John Ambrose McClaren? While producers clearly aren’t dropping that news just yet, anyone who’s read Han’s best-selling YA trilogy knows that the character — a middle school friend of both Lara Jean and Peter — plays a major role in the second book, 2015’s P.S. I Still Love You. Is Peter about to get some competition from the Model UN guy? Stay tuned.

For their part, Netflix also confirmed the summer rom-com’s upcoming sequel, how else, but in a letter, which was addressed "To All the Fans I’ve Loved Before." Saying that "dating contracts have a way of quickly getting complicated," the note also assured TATB stans they can continue running their #Covinsky fan accounts, since "dreamy stars" Condor and Centineo are both returning. 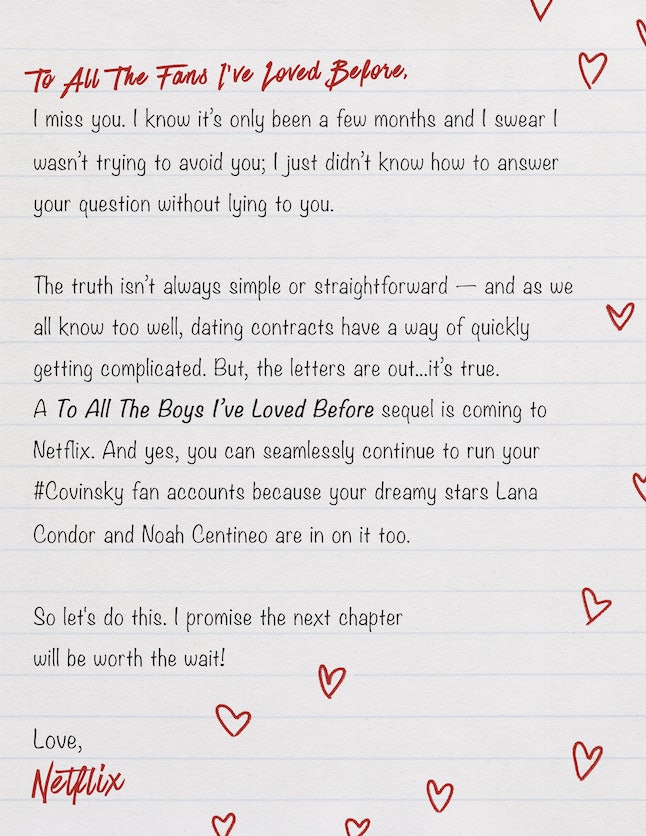 While Netflix has not yet revealed a premiere date for the TATB sequel, the streaming service does promise that "the next chapter will be worth the wait." Fans are sure to agree.