Home » Lifestyle » No red carpet, no fans, no live audience: ready for an ARIA Awards like no other? 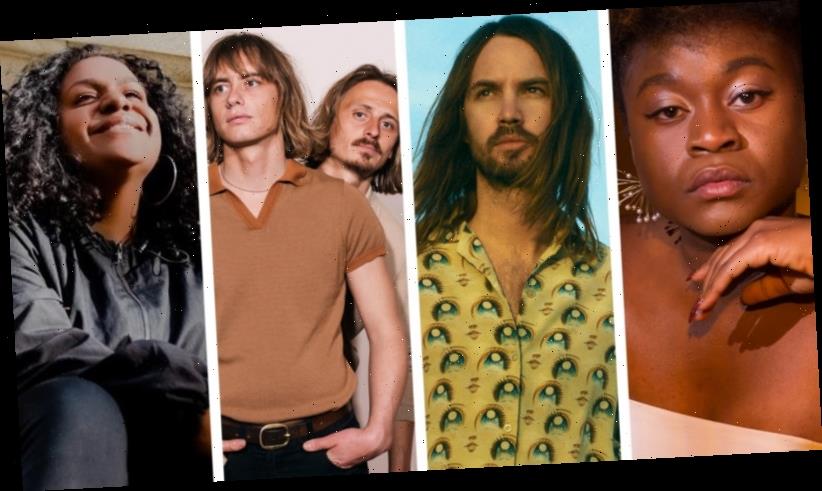 No red carpet, no fans, no live audience: ready for an ARIA Awards like no other?

In a year like no other it is fitting that we should have an ARIA Awards like no other.
Gone is the red carpet, the throng of fans, the mosh pit around the stage; gone is the entire audience.

Instead artists and fans will celebrate music's night of nights from home, winners will be revealed via Zoom and most of the performances have been recorded ahead of time. It's the ARIAs, Jim, but not as we know it. 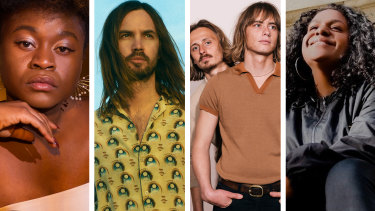 Sampa The Great, Tame Impala, Lime Cordiale and Miiesha are the hot favourites at this year’s ARIA Awards.Credit:

While the ceremony itself will be unusual, the battle between Australia's most respected and beloved musicians remains the same. This year the stage is set for a showdown between Perth uber-producer Tame Impala, Northern Beaches larrikins Lime Cordiale, ground-breaking hip hop star Sampa The Great and emerging First Nations artist Miiesha.

The event's host, multiple ARIA winner Delta Goodrem, said she was expecting it to be a big night for Lime Cordiale. 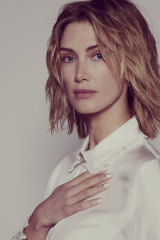 "They have had a pretty big year in general and worked so hard and released a fantastic album, plus they have the most nominations so I think it will be a good night for them," she said. "But with the ARIAs, you never know."

Performances will be streamed from across the globe, with Lime Cordiale and Amy Shark hitting the stage at The Star in Sydney, Tame Impala performing in Perth, Sampa in Botswana and Archie Roach in Melbourne.

Internationally, Sia and Billie Eilish will sing from the US while Sam Smith's performance will take place at the iconic Abbey Road Studios in London.

"It's a new and exciting show," Goodrem said. "The fact we can tap into so many parts of the world, we have performances happening on four continents, and then we have incredible artists like Lime Cordiale and Amy [Shark] being able to do wonderful performances here as well."

Goodrem will take part in a special tribute to the late I Am Woman hit-maker Helen Reddy, performing alongside artists such as Amy Shark, Tones and I, Kate Ceberano and Marcia Hines, as well as a virtual chorus of female singers from all over the country.

"That is going to be really special to be with my peers, that feeling of being with so many wonderful women who have been part of our soundtrack," Goodrem said. "I was talking to Kate earlier and telling her how much I listened to the soundtrack of the production of Jesus Christ Superstar she was in with John Farnham, and she recounted to me performances of Marcia Hines that had inspired her as a young singer… it's interesting to see the knock-on effect we have had in each other's lives."

While normally winners would make their way from the audience inside The Star event centre onto the ARIA stage to receive their statue, this year it will just be Goodrem, a handful of other presenters and some cameras in the room.

Nominees will be in their own homes, or at small gatherings, waiting on Zoom for their awards to be announced, with winners delivering acceptance speeches remotely. It's the same format used at this year's Emmy Awards, where presenters in the room crossed to winners all over the world.

Regardless of how different the awards will be this year, Goodrem said it will mark an important healing moment for an industry that was among the hardest hit during the coronavirus pandemic.

"This is a moment for us to celebrate the music of the past year… people who have had records out and planned to tour them – this year has hit them really hard," she said. "When times get tough people look to music, I think it is really important to acknowledge everyone's achievements this year."

The ARIA Awards pre-show will be available to watch on YouTube, with the ceremony itself broadcast on Nine (the owner of this masthead) on Wednesday at 7.30pm.

The #ARIAsAtHome hashtag on social media
No red carpet, no one in the room… watch stars and fans alike don their finest slippers for this year's broadcast.

The Helen Reddy tribute
ARIAs organisers have gathered some of Australia's finest female performers for an as-live experience to pay tribute to the I Am Woman singer.

The most 2020 experience
Winners won't be in attendance to receive their awards – instead, they will be beamed in via Zoom.

The breakthrough artist category
All the awards give a certain boost to an artist's career, but this one has a habit of predicting who will be the one to watch for the next 12 months. It also usually sets the winner up for a few gongs at the next ceremony.