Home » Lifestyle » No fluke: Rebecca Giggs has a whale of a time on the Stella shortlist 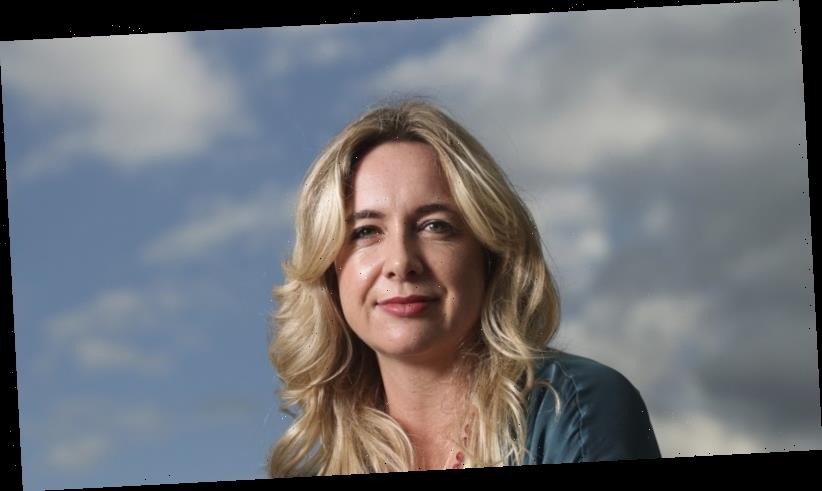 No fluke: Rebecca Giggs has a whale of a time on the Stella shortlist

Rebecca Giggs has always loved writing about animals. As an 11-year-old student at Wembley Primary School in Western Australia she won Perth Zoo’s poetry competition for The Flying Fruit Fox. And she picked up $100.

Fast forward nearly three decades and since witnessing the slow death of a humpback whale that had been stranded on the shore near her home, Giggs has been writing about significantly larger creatures. How the crowd on the beach reacted intrigued her and she thought she could use the scene in a suite of stories, perhaps a novella.

Rebecca Giggs first book has been shortlisted for the $50,000 Stella Prize. Credit:Alex Ellinghausen

Then she read about a sperm whale that had beached in Spain – with a greenhouse inside it.
“I remember thinking that if I put that in a work of fiction people would not believe it,” she said. “Here is this icon of 1980s environmentalism literally eating the metaphor that we use to describe the climate crisis, the greenhouse itself. It just seemed like the world was catching up to the metaphor in a really dramatic way.”

She realised her book about whales had to be non-fiction and now Fathoms: The World in the Whale has been shortlisted for a significantly larger award than her first, this year’s $50,000 Stella Prize for work by Australian women and non-binary writers. The other books on the list are: Revenge: Murder in Three Parts, S.L. Lim; The Animals in That Country, Laura Jean McKay; Witness, Louise Milligan; Stone Sky Gold Mountain, Mirandi Riwoe, and The Bass Rock, Evie Wyld.

Other prizes announcing shortlists this week were the NSW Premier’s literary awards and the Walter Scott Prize for Historical Fiction in Britain, in which three of the five listed novels are by Australians. Kate Grenville’s novel A Room Made of Leaves features on both shortlists, as does Pip Williams’ The Dictionary of Lost Words.

In the running for the $40,000 NSW fiction prize they are joined by Murmurations, Carol Lefevre; Cherry Beach, Laura McPhee-Browne; The Weekend, Charlotte Wood, and The Bass Rock, Evie Wyld. Steven Conte’s The Tolstoy Estate is the other Australian novel up for the £25,000 ($45,000) Scott Prize.

The $40,000 NSW non-fiction shortlist consists of: Father of the Lost Boys, Yuot Ajang Alaak; In the Time of the Manaroans, Miro Bilbrough; Womerah Lane, Tom Carment; The Warrior, the Voyager, and the Artist, Kate Fullagar; A Question of Colour, Pattie Lees & Adam C. Lees, and The Trials of Portnoy, Patrick Mullins. Shortlists for the other eight categories can be found at: sl.nsw.gov.au

“In the 1980s to be anti-whaling meant being anti whaling fleets, anti whaling governments. But today to want to say the word knits us together into this worldliness, an environmental awareness that stretches all the way from the outer atmosphere and issues like global warming to our kitchens and the use of plastic and the problem of trans-hemispheric plastic pollution.

“The whale becomes this fantastic Trojan horse for imagining global change and how our every day and intimate lives connect to changes taking place even in the remote oceans and to the most stupendous wildlife that’s found out there.“

Giggs hasn’t given up the idea of writing fiction – “it’s on my dance card for the future” – but is now researching a book about pet keeping and the social place that pets have. “It’s at a stage when it’s like a little faun just getting up on its own two legs and bit tremulous in its forest, to continue that Bambi image.”

The Stella Prize winner will be announced on April 22, the NSW Prizes on April 26, and the Walter Scott Prize in mid-June.