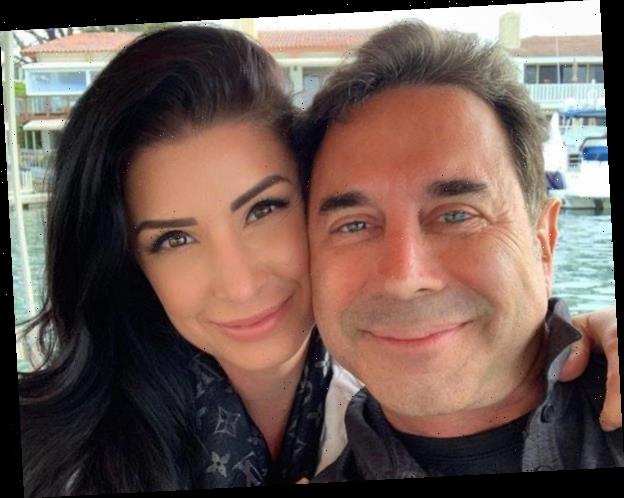 Newlywed Dr. Paul Nassif Reveals How Many Kids He Wants With Brittany Pattakos!

Dr. Paul Nassif has babies on the brain!

The acclaimed plastic surgeon and Botched personality tied the knot with Brittany Pattakos just last month—the couple said “I Do” during a traditional wedding ceremony in Los Angeles followed by a destination reception in Greece one week later—but it sounds like he’s already thinking about next steps. In exclusive comments to E! News on Monday, Paul talks parenthood while colleague and co-star Dr. Terry Dubrowweighs in.

“I see at least one in the future,” says Paul, speaking about plans for new additions to his and Brittany’s family. Referencing teenage sons Gavin Nassif, Colin Nassif and Christian Nassif, the specialist teases, “I have three boys, so you know what we’re missing.”

“He wants a girl,” adds Terry, who has three daughters of his own. “Nothing better than a little girl.”

With Nassif settling into newlywed life and Botched‘s sixth season kicking into high gear, who’s to say when or if he and Pattakos will decide to start having children. But either way, it seems clear this pair is in it for the long haul.

“I was very happy for him that he got married and found, really, an amazing girl,” Dubrow tells E! News, having attended Paul and Brittany’s L.A. ceremony alongside wife Heather Dubrow. “My, of course, condolences go to [Pattakos] because I don’t know that she had actually seen him take the teeth out and put them in the jar by the bedside by that point.”

Safe to assume we’re all past that now? Hear more about Nassif’s marriage and Botched season six in the full interview clip above! And to relive his and Pattakos’ gorgeous Santorini wedding reception, click through the photo gallery below!

Watch a brand new episode of Botched Monday at 10 p.m., only on E! 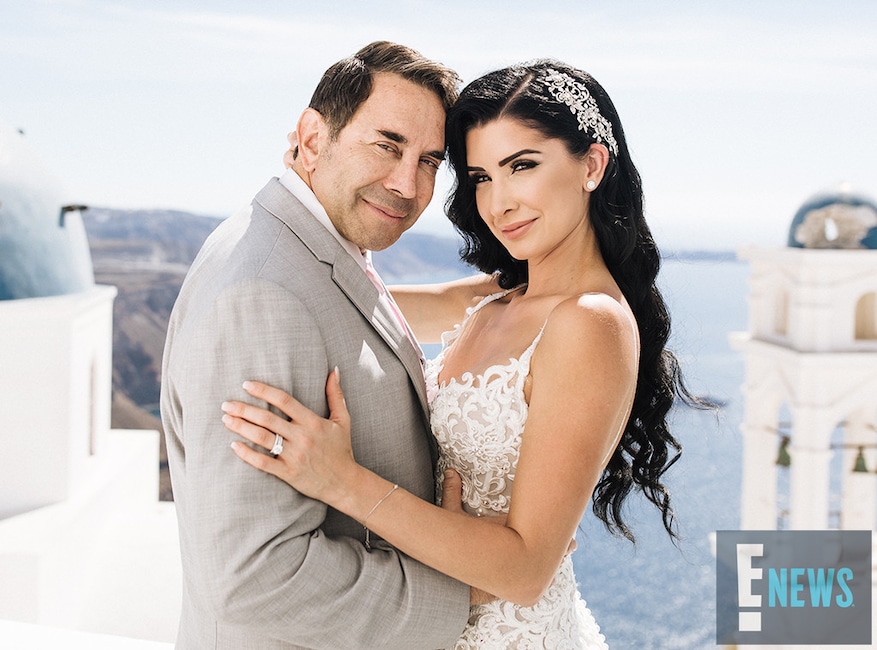 A week after their L.A. wedding ceremony, Paul and Brittany celebrate with a reception in Santorini. 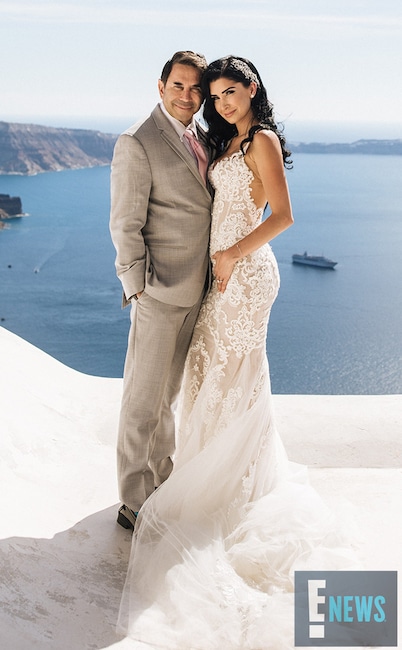 Paul and Brittany are all smiles during a gorgeous wedding reception by the sea. 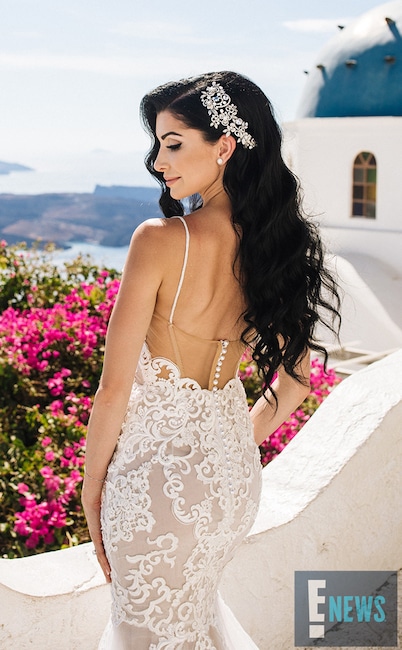 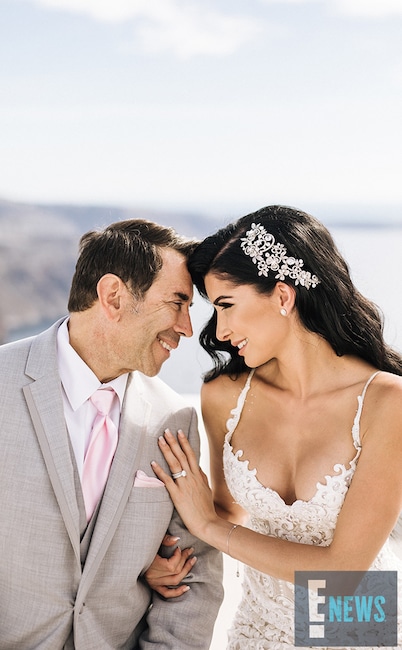 Can you tell they’re in love? 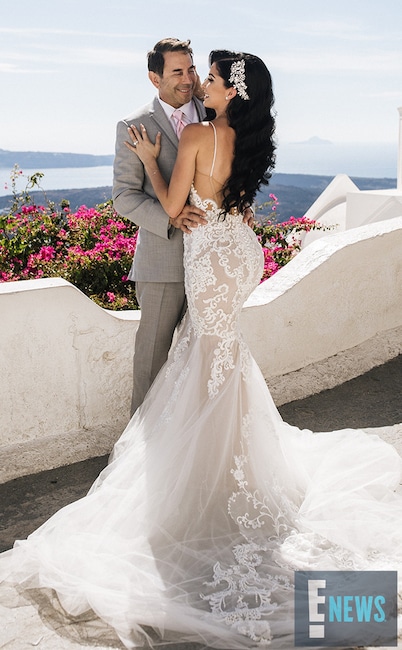 Brittany’s not even facing the camera here but her dress still steals the spotlight. 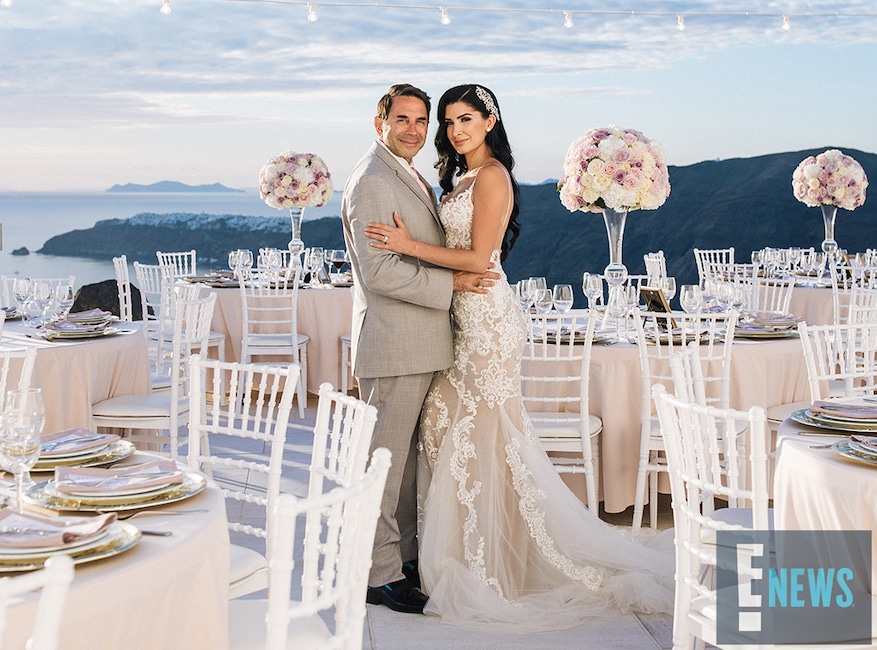 Paul and Brittany’s reception blooms in every direction thanks to some masterful arrangements by Wedding Wish Santorini. 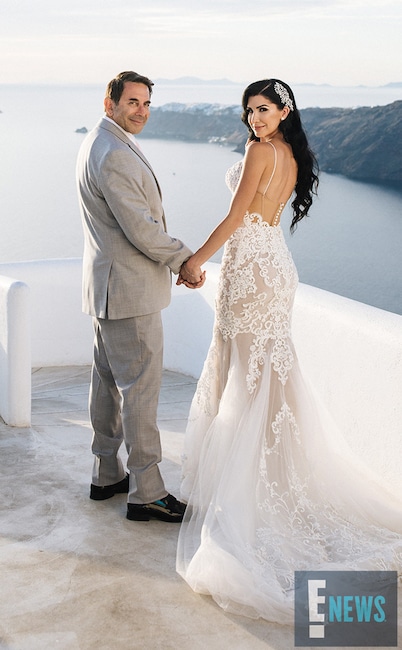 And the views keep coming! 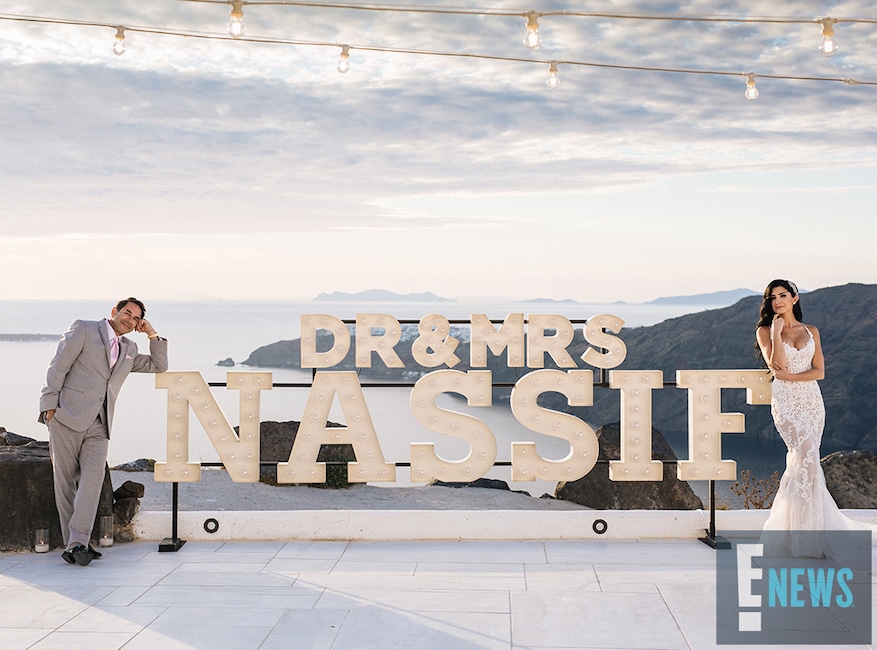 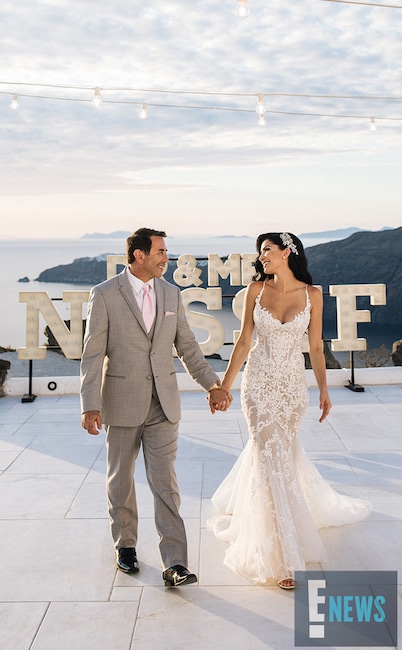 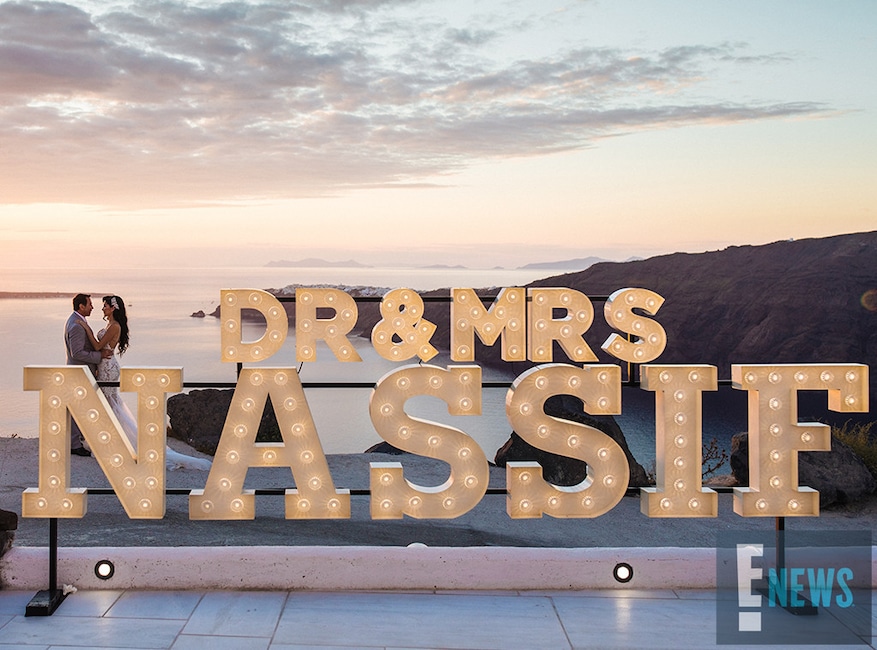 What a way to kick off married life! 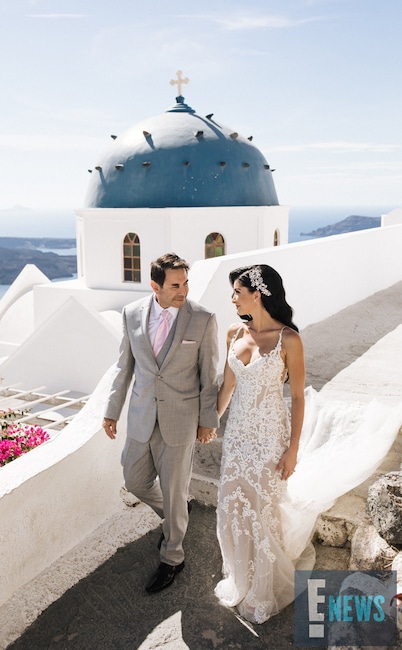 Despite the scenic stroll, Brittany and Paul can’t take their eyes off each other.

The couple poses for photos at Santorini’s iconic Aghioi Theodoroi (Saints Theodore) church, one of the island’s most recognizable landmarks. 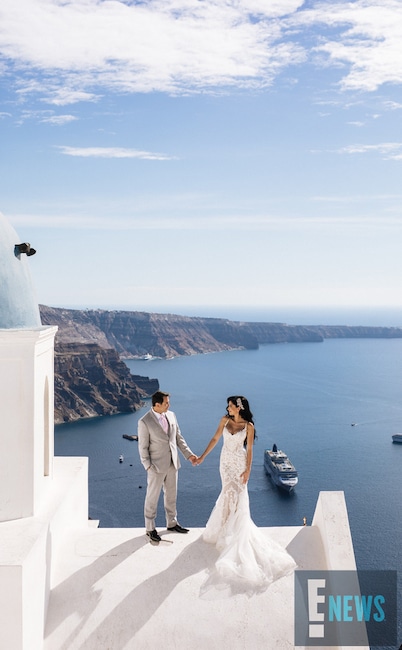 Still can’t get over these? We get it!