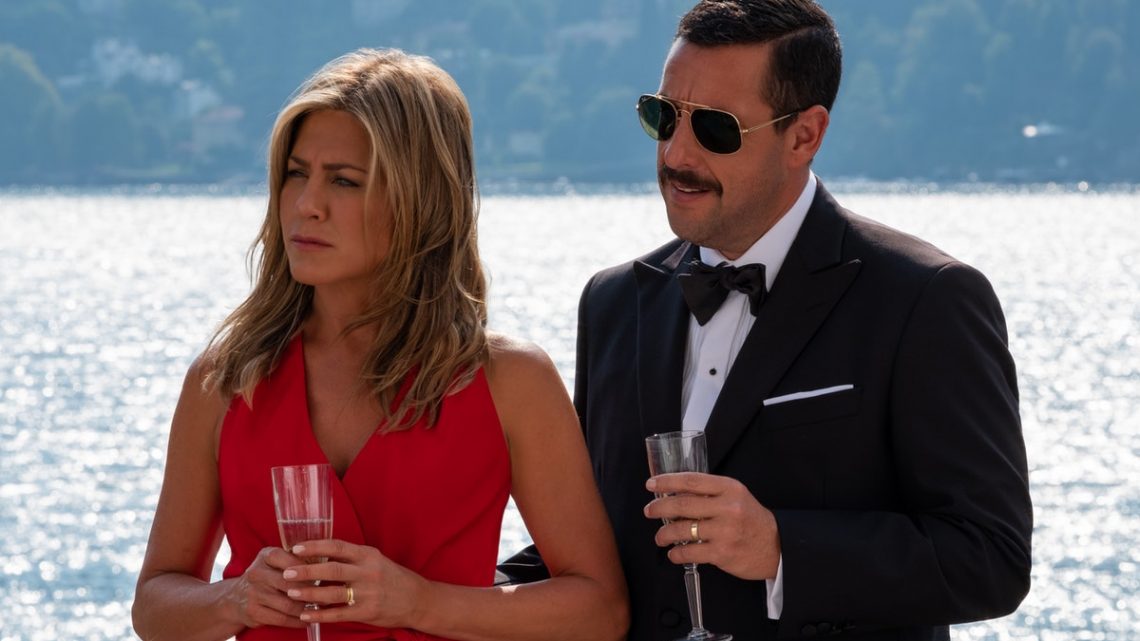 If you had to come up with a random duo that inspires thoughts of 1990s humor, Adam Sandler and Jennifer Aniston would definitely be a solid solution. The Friends actress previously appeared with former Saturday Night Live star Sandler in the movie Just Go with It, but the two are now reuniting for a vacation gone wrong in an upcoming comedy. Netflix’s Murder Mystery trailer features Sandler and Aniston at the center of a European adventure with a deadly twist.

After making several big-screen comedies and rom-coms in the late ’90s and early 2000s, Sandler has taken to releasing movies through Netflix in recent years. Murder Mystery is the latest product of his Netflix partnership, and Aniston joins him for her second Netflix film after 2018’s Dumplin’. 2011’s Just Go with It starred Sandler and Aniston as two best friends who then pose as a couple on the brink of divorce, but in Murder Mystery, Sandler and Aniston play a married couple who are finally embarking on the honeymoon they never had 15 years before. Perhaps they should have stayed at home, because their idyllic trip turns ugly when they find themselves framed for murder.

The trailer presents Sandler as Nick, a jaded New York cop who rises to the occasion when their fellow vacationers accuse him and his mystery-reading wife Audrey (Aniston) of the murder because of their American status. While the murder investigation begins with a tame approach, Nick and Audrey are soon physically targeted, igniting their mad dash across Italy to clear their names. As Nick and Audrey embrace their crime-fighting sides, the trailer’s clips also poke fun at typical mystery and thriller genre tropes like dealing with a dead body and participating in a car chase.

The film seems perfect for viewers who want their murder stories to include a touch of lighthearted comedy, and given their past experience as co-stars, Aniston and Sandler definitely pass as a married couple with plenty of history. When debuting the trailer on The Ellen DeGeneres Show on April 26, Sandler even joked, "Every time I’m with Jennifer, something great happens because everybody loves Jennifer. I tend to stay at home and do nothing, and my wife is so much going, ‘Why didn’t I marry Aniston? Why am I stuck with you, man?’" 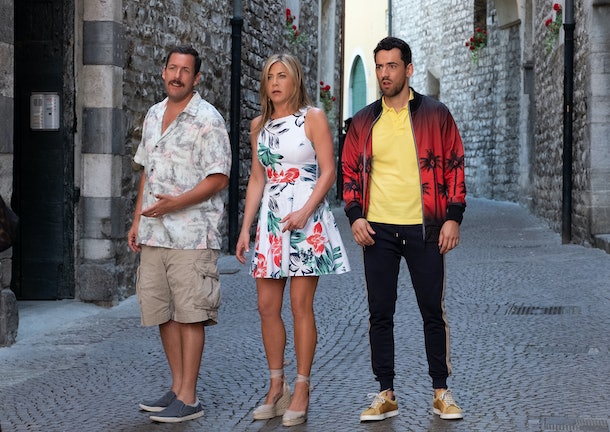 The One Show: Tearful Alex Jones says goodbye as she steps down for maternity leave
World News