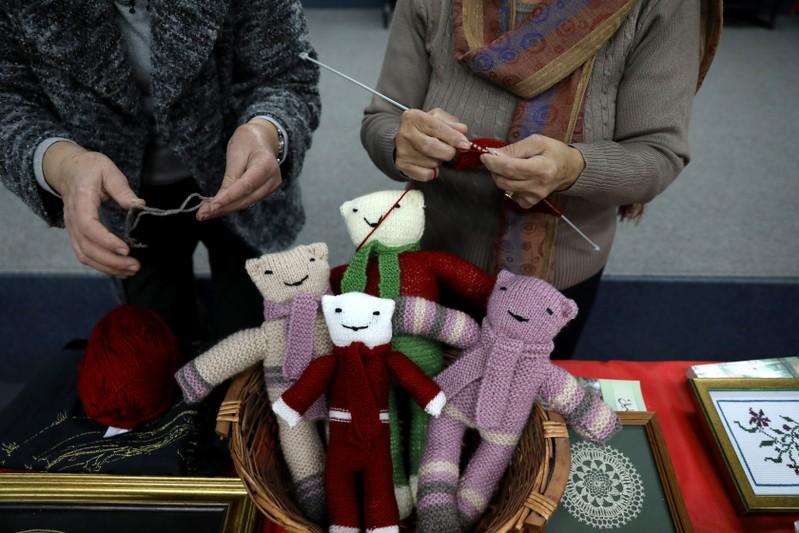 NAZARETH, Israel (Reuters) – As Nazareth was decked out for Christmas, a group of weavers gathered in the cobblestone alleys of Israel’s largest Arab city, intent on preserving their Palestinian heritage at a time when their communities feel under pressure. 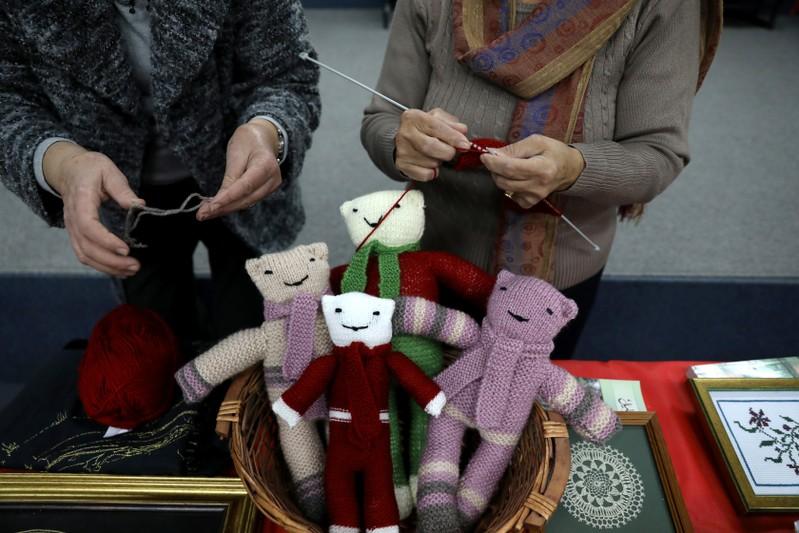 Above the Christian and Muslim women laying out embroidery stalls, workmen strung seasonal lights onto the Church of St. Gabriel. The church’s underground spring, according to Greek Orthodox tradition, is where Mary was drawing water during the Annunciation – when the angel Gabriel told her she would give birth to Jesus.

The most common form of embroidery on display was “tatreez”, a centuries-old form of cross-stitch patterns on stretched white canvasses that is practiced in Arab communities throughout Israel, and in Palestinian towns across the West Bank and Gaza.

“There is a feeling that we, the Palestinian citizens of Israel, are starting to lose our identity, our language, and our heritage,” said Violette Khoury, director of Nasijona, a women’s association holding Christmas workshops to teach embroidery to younger generations.

“In our schools, children don’t learn these traditions. They don’t learn their history,” Khoury added. “So what we decided to do is to bring the older generation, many of whom were born before Israel, into the workshop to teach traditional works to our young people.”

Maintaining the ways of their elders is particularly important, the women say, in a year in which many feel their communities have been negatively affected by new Israeli legislation.

In 2018 Israel passed a “nation-state” law, declaring that only Jews have the right of self-determination in the “historical homeland of the Jewish people” and removing Arabic as an official language alongside Hebrew.

The law’s advocates say it is largely symbolic, marking the 70th anniversary of the state’s independence. When it passed in July, Prime Minister Benjamin Netanyahu told parliament it was a “defining moment in the annals of Zionism and the history of the state of Israel.”

But critics called the law a racist measure. Many within Israel’s 20 percent Arab minority say their communities face discrimination in areas such as education, health and housing.

Nazareth is the focal point of Israel’s Arab minority, which comprises mainly descendants of the Palestinians who remained after the 1948 Arab-Jewish war that surrounded the creation of the state of Israel.

The integration of those who remained in what became Israel – some of whom openly identify as Palestinian – is a subject of debate within the country.

Nazareth itself becomes an attraction for all communities near Christmas, as the city’s main squares fill up with families and hoards of tourists and pilgrims wanting to see the lighting of the Christmas tree and the seasonal decorations.

“This tree is a sign of peace. It is a very important event, for Christians and residents of Nazareth and the Galilee region,” said Efaf Touma, president of the Community Council of Nazareth.

“It symbolizes our presence, that we are still living here.” she said.

Don’t Worry, All Of Your ‘Million Little Things’ Questions Will Be Answered Soon
World News