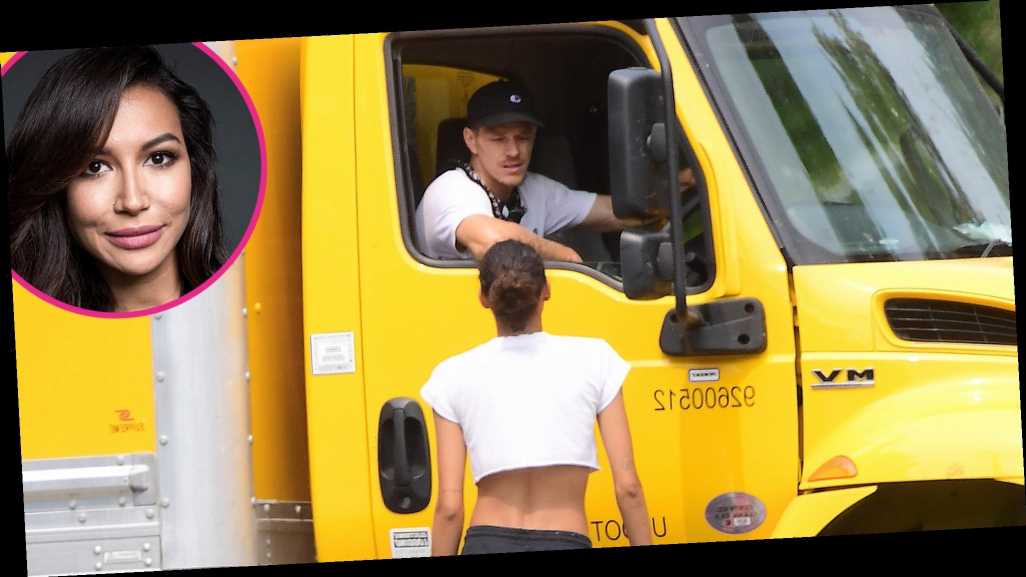 The 25-year-old model and the Ray Donovan star, 37, have been spending time together following the loss of Naya, who died in a drowning accident in July.

Nickayla and Dorsey, who shares 5-year-old son Josey with the late actress, were photographed on September 6, loading the actor’s belongings into a black SUV outside his North Hills area home in Los Angeles to a rented house 30 minutes away.

In some of the photos, the Justified alum, who was married to Naya from 2014 to 2018, was shirtless as he lifted objects in and out of the vehicle. Two days later, the pair were seen packing a moving truck. Dorsey drove the vehicle, while Nickayla was spotted getting into the passenger seat.

The ex in-laws were also photographed together going on a walk on September 9 and shopping together during two separate outings on September 13 and 19.

Hours after the photos were published on Monday, September 28, there was speculation that the pair were living together. Nickayla addressed how hard the past few months have been for the Sorry Not Sorry author’s family the same day.

“In the darkest time of my life, the only thing that is important is my friends & family. Showing up for my nephew, even though I can’t show up for myself,” Nickayla wrote on her Instagram Story, referencing Naya and Dorsey’s son.

She continued: “I’m not concerned with the way things look because no one can see each agonizing moment we all endure. What matters most I’ve learned, is to show compassion, not to judge others, & never take a moment of life for granted. I hope you all can do the same.”

The pair have been mourning Naya’s death alongside the Step Up: High Water actress’ family since she drowned at Lake Piru in California on July 8. The Devious Maids alum had been boating with Josey that afternoon, but was reported missing after the child was found alone on the boat hours later.

Authorities recovered her body from the water on July 13 after a five-day search. Both Nickayla and Dorsey paid tribute to Naya after the tragedy.

“There are no words to describe my love for you. Side by side or miles apart, our connection is infinite. Our bond is unbreakable,” Nickayla wrote via Instagram in July. “We were complete opposites, yet simultaneously the same. The yin to my yang. I never knew that by losing you, I would find so much of you in myself. I’ve never known a life without you in it & still can’t imagine it. My world is turned upside down. But through it all, everything we were, we are still. I’ll always look at you with the same eyes as I did when I was young. My shmaya, I’ll love you for eternity & miss you every second of my life.”

Dorsey, for his part, wrote about life being “unfair” and promised their son will “never forget where he came from” despite losing her.

“I don’t know what to say…I’m thankful for our times and our journey that brought us together and gave us the sweetest and kindest smart little boy we could ever hope for,” he wrote. “I remember sometimes you used to get annoyed at me: ‘Ryan can you stop snap chatting!’ Haha. I’m glad I didn’t listen to you because I have hundreds and probably thousands of snaps and videos that Josey will have forever and know his momma loved him more than life, and how much fun we had together as he was growing up.”

Scroll down to see photos of the pair moving Dorsey out of his L.A. pad.