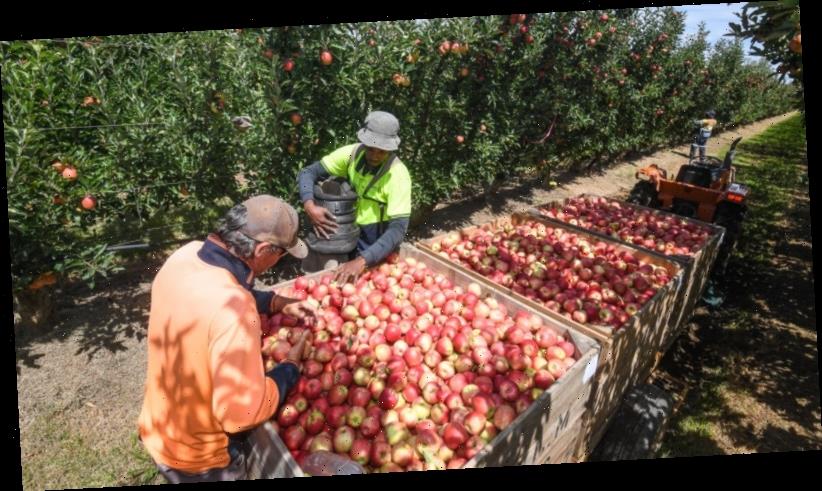 Tens of thousands of undocumented workers would be given access to visas letting them earn proper wages in the regular economy under a scheme that has won the backing of a group of Nationals MPs determined to fix a shortfall of fruit and vegetable pickers.

Academic estimates put the number of undocumented migrants in Australia between 50,000 and 100,000, with many working on farms where they earn as little as $3 an hour while farms paying award wages struggle to find enough workers because border closures have slashed the number of backpackers here. 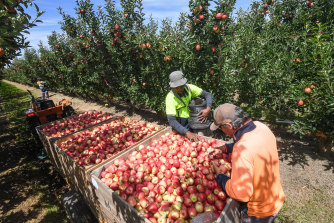 Nationals MPs Anne Webster, Pat Conaghan, Sam McMahon and Damian Drum have all endorsed the plan, described as either an “amnesty” or visa “status resolution” for undocumented migrants, to fix both problems at the same time.

Swan Hill stone fruit grower Ian McAlister needs 20 more workers to complete his harvest at full capacity but has had to turn away prospective staff who do not have the proper papers. He suspects many other operators across industries from hospitality to tourism are not so scrupulous. Nonetheless, some of Mr McAlister’s fruit has rotted on the ground.

“It’s not about how much we’re losing, it’s that there are people in Australia being exploited and it’s our own stupid government rules that allow them to be exploited,” Mr McAlister said.

Dr Webster, who holds the rural Victorian seat of Mallee said there were good growers in her seat doing the right thing. 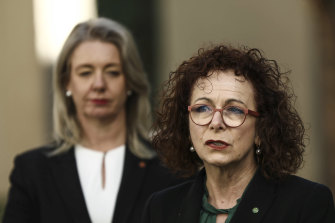 A group of Nationals including Anne Webster (right) are pushing for undocumented workers to be allowed to access work visas.Credit:Alex Ellinghausen

“Then people down the road are paying people exploitative rates, both selling products to the market at the same rate, which is unfair and unreasonable,” Dr Webster said.

She argues giving all undocumented migrants a path to a visa with work rights would level the playing field by giving them the opportunity to work at legitimate businesses paying legal wages.

Undocumented migrant workers have generally arrived in Australia legally on tourist, student or humanitarian visas but overstayed or are working more than allowed. Due to language barriers and the promises of unscrupulous middlemen, some may not be aware they are working unlawfully.

Research co-authored by University of Adelaide academic Joanna Howe found in some regions 80 to 90 per cent of the harvest workforce was made up of undocumented workers, which along with their remote living locations, makes deporting them difficult.

“If we remove the undocumented workers, then that’s beyond crisis,” Associate Professor Howe recounts one farmer saying.

Perspectives differ among the Nationals about how exactly the scheme should work, including whether workers should have a pathway to permanent residency at the end of any visa granted through the amnesty scheme.

Immigration Minister Alex Hawke’s office referred queries to the Department of Home Affairs, where a spokesman said giving undocumented workers the chance to apply for visas could encourage people to breach Australia’s migration laws in future.

“Despite the closure of the Australian border, pull factors encouraging illegal immigration are still relevant,” the spokesperson said.

During the pandemic, the government relaxed work restrictions for visa holders in agriculture and extended backpackers’ visas. There are also provisions allowing visa workers to report exploitation without risking deportation, though advocates say they are rarely used.

Asked whether establishing the scheme could encourage more visa breaches, Pat Conaghan, who worked as a migration lawyer before entering politics and represents berry and banana growers in his seat, said the immediate problem should be dealt with first.

“They’re here,” Mr Conaghan said. “Why don’t we identify them and rectify the situation, otherwise we’re just walking around being willfully blind.”

Unions in the sector are divided, with the United Workers Union supporting the idea while the right-aligned AWU agrees with the problem, but not the solution, saying an amnesty could take away from its push to get more Australians working in the sector with higher wages.

Bizarre designs that are MEANT to look dirty