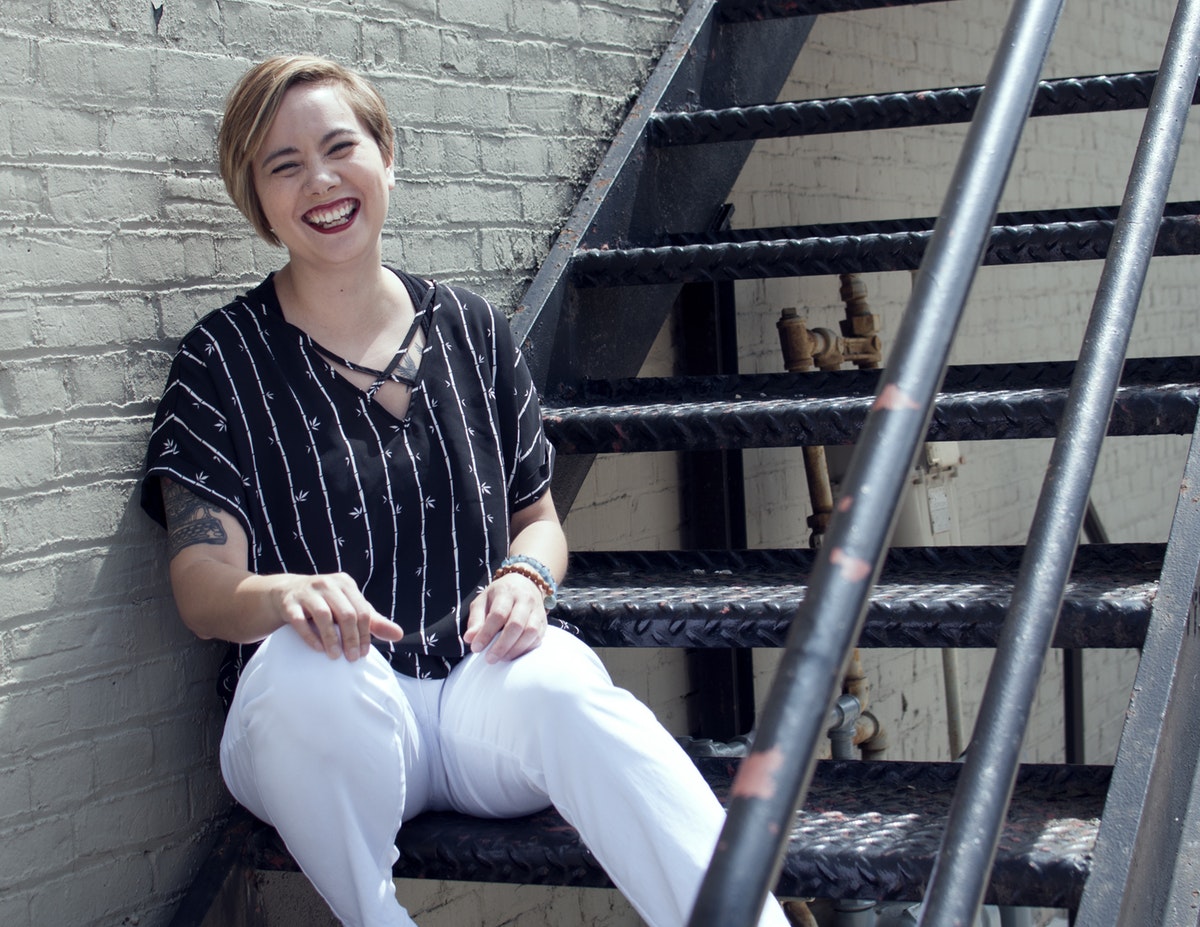 My Messy Apartment Is The Only Outward Sign Of My PTSD

I don’t let very many people into my apartment. It’s partially because I’m an introvert and like my alone time, but it’s mostly because I struggle to maintain a level of cleanliness fit for company. There are usually a couple dirty dishes lying around, I haven’t vacuumed in a while, throw blankets are tossed haphazardly onto the couch. I keep a very “lived in” space compared to my more put-together friends. It’s an image that is totally at odds with what people see when I’m out in public, which is this powerhouse of a woman who’s totally got her life together. But both people are me; I just have PTSD, an invisible illness that can sometimes make everyday tasks too overwhelming to handle.

PTSD, or post-traumatic stress disorder, is most commonly associated with military veterans, but anyone who has experienced or witnessed a traumatic event can develop the condition, according to Mayo Clinic. Dr. Shainna Ali, licensed mental health counselor, educator, and clinical supervisor, tells Bustle that trauma itself is subjective, meaning that something might be traumatic for one person but not traumatic for another person. For me, that traumatic experience was repeated sexual assault when I was a teenager.

Around 7 million adults in the United States have experienced PTSD, according to the Anxiety and Depression Association of America. I wasn’t diagnosed with PTSD until about 10 years after I’d been assaulted, because I didn’t understand that I’d been sexually assaulted. Rape culture had taught me it wasn’t sexual assault unless there was physical violence, so I didn’t know until years later that the emotional abuse and coercion I had endured was a form of violence.

What I did know before my diagnosis was that I was in constant pain. I was having severe headaches that I later learned were migraines. Then I was having chest pains and trouble breathing, sometimes blacking out, which I later learned were anxiety attacks. I started to have severe insomnia that kept me up until five in the morning, making it nearly impossible for me to make it to my early-morning college classes. The stress of all these symptoms started to wear on me, and I became so depressed that I just didn’t want to get out of bed in the morning.

According to the National Institute of Mental Health, no one experiences PTSD the same way. Some people may start experiencing symptoms within the first few months of the traumatic event, the NIMH says, while others don’t start experiencing symptoms until years later. And those symptoms are pretty varied and complex. According to the NIMH, they can include "re-experiencing," which are "flashbacks, bad dreams, and frightening thoughts"; "avoidance," which means "staying away from places, events, or objects that are reminders of the traumatic experience" and "avoiding thoughts or feelings related to the traumatic event"; "arousal or reactivity," which can mean "being easily startled, feeling tense or on edge, having difficulty sleeping, or having angry outbursts"; and "cognition and mood" symptoms, which can be "trouble remembering key features of the traumatic event, negative thoughts about oneself or the world, distorted feelings, like guilt or blame, and loss of interest in enjoyable activities."

In college, I became irrationally afraid to drive alone for about a year, and I was also afraid to be in crowds of men. I came up with a lot of excuses not to leave the house when I was home on break; looking back, I think my brain was just telling me I was safer in my childhood bedroom with my parents somewhere in that house. I spent most of those years sleeping like I’d just run a marathon because my body couldn’t handle being in a constant state of hyper-vigilance.

No one could understand why I was so exhausted all the time. Dr. Ali tells Bustle that because there’s still such a stigma associated with mental health, it’s so much easier to hide mental illnesses like PTSD than it is to hide physical illnesses. “If someone is diagnosed with a chronic and debilitating physical illness, over time it’s going to be very obvious,” Dr. Ali tells Bustle. “But sometimes we struggle a little bit to give compassion to what we can’t see, and it becomes easier for people to discount or minimize, but it’s real.”

Before I found a treatment plan that worked for me, I could barely get through the day without taking multiple breaks to sleep. And explaining to my peers why I needed to go home from a social gathering way earlier than they did was an exercise in self-loathing. It wasn’t until I started meeting others who were open about their mental illnesses that I was able to form healthier, more understanding friendships. When you start meeting people who actually have compassion for you as a human being, it’s easier to walk through life as an authentic person who just happens to have a mental illness.

This is a particularly relevant discussion given the events of the past year. A sense of compassion has been what Dr. Ali says is missing from the “Me Too” movement. She says that it’s possible that survivors who are empowered to come forward may be living with PTSD, but the public hasn’t shown any compassion for their trauma. “Even when you come forward, it’s still somewhat invisible,” Dr. Ali tells Bustle.

As a survivor of sexual assault with PTSD, this is still what I live with every day, despite the progress I’ve made. I re-experience my trauma with every new debate about the "legitimacy" of these allegations, and the lack of compassion for these survivors. It’s like a piece of that progress chips back away, and I’m that 16-year-old victim all over again. But no one can see it because PTSD leaves no visible mark.

My journey to a healthier me took well over 10 years and a lot of support from family and friends. The treatments for PTSD vary just as widely as how people experience the condition. For me, that included eye movement desensitization therapy (EMDR), psychotherapy (also known as talk therapy), medication, yoga, and meditation. I’m in a much better place today, but I still battle bouts of anxiety and depression that can make everyday life much more difficult for me than the average person. Hence, the constant struggle to keep my apartment visitor-friendly.

But it’s a journey that has taught me the meaning of self-compassion and self-care in the face of an illness nobody else can see. So on days when I struggle to do the things most other people can, I know how to forgive and love myself, and that’s all that matters.

Up for the Challenge! The Botched Doctors Take on More Than One Seemingly Hopeless Case on Botched
World News