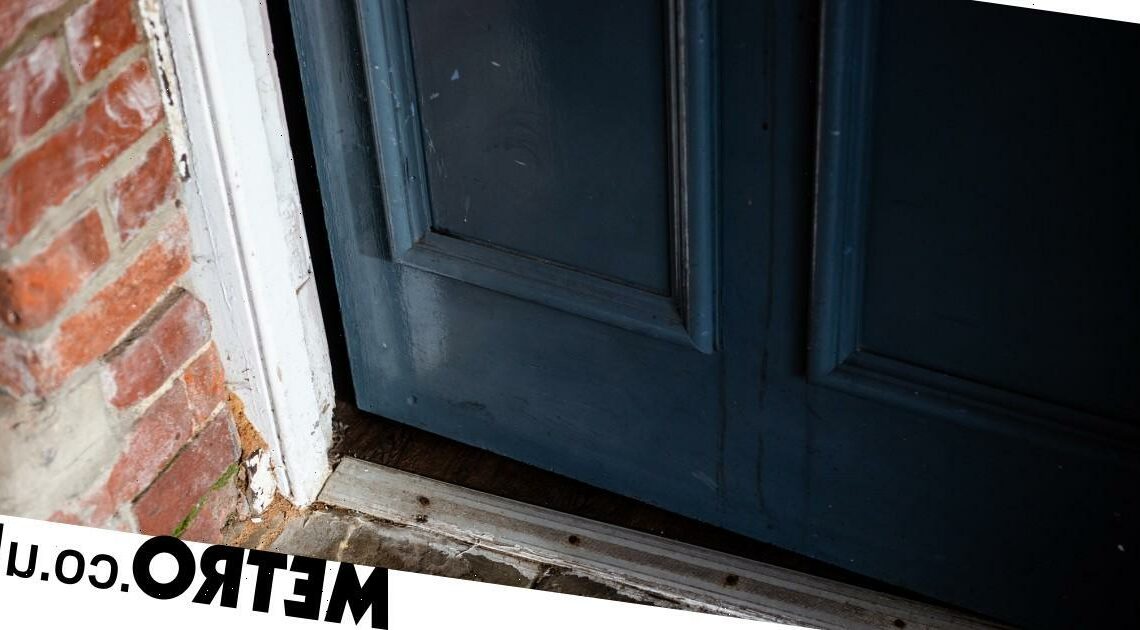 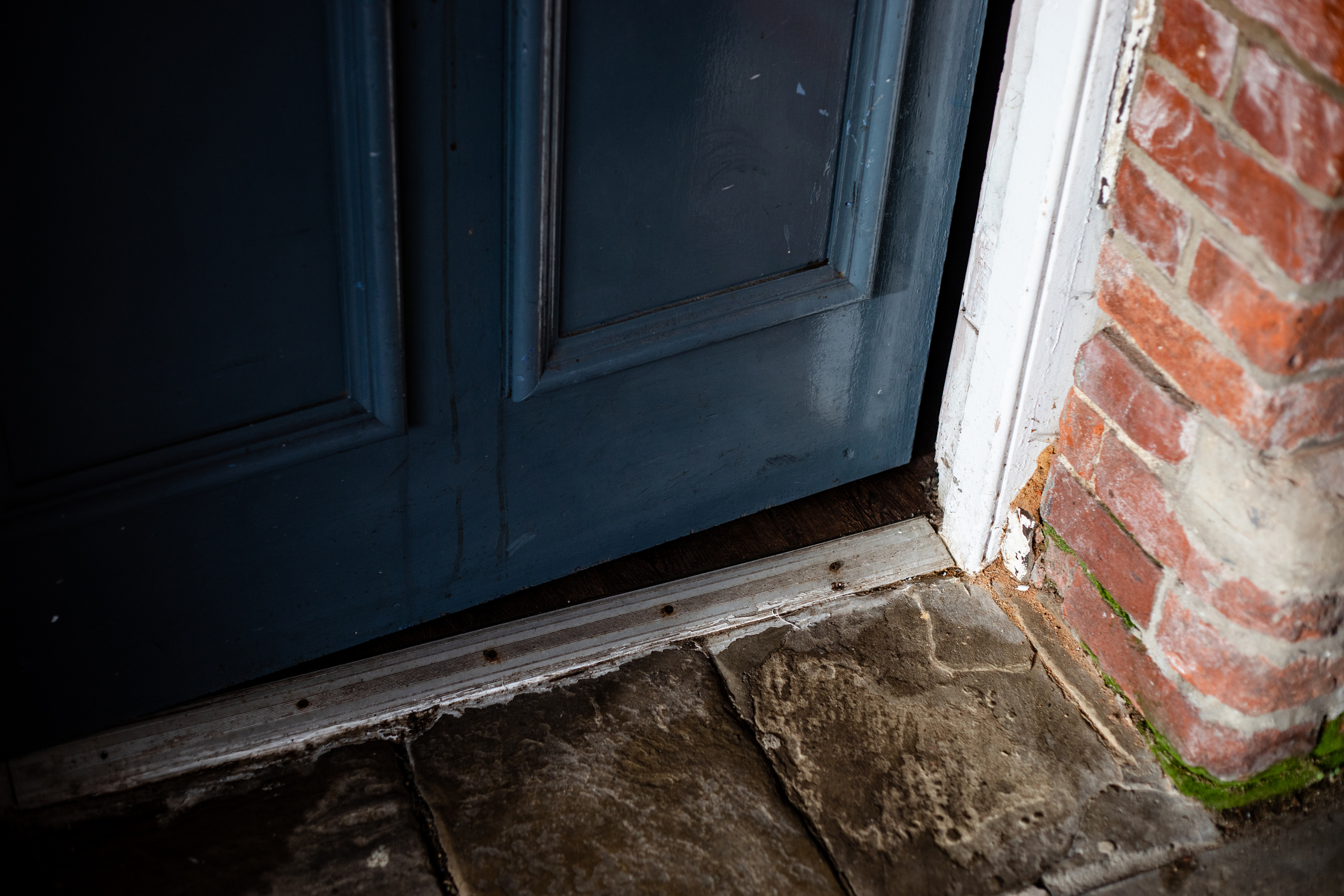 I felt it all when I realised someone had broken into mine and my partner’s house, rooted through our belongings, decided which ones were worth stealing and then driven off with them in my car.

That one night has changed my life, my whole outlook – and took away the security I feel in the one place I should have felt safest. My own home.

I was annoyed when my partner woke me up as he ran up the stairs at 1am that night in November 2017. I hadn’t been asleep for long and, snuggled into one of my cats, I didn’t know why he was making so much noise.

‘Your car has been stolen,’ he gasped. In my half-asleep state, I didn’t understand what he meant. It wasn’t until I got up and looked out of the window to see the empty driveway that I realised what had happened.

Then, it felt so real that I wanted to rewind time and be back in bed, sleeping soundly. Something I’d never do in that house again.

Instead, we went downstairs, where the lights were on, the cupboards open. As we picked our way through our remaining things, we realised they’d taken my hard drives, keys, camera and camera lens, laptop and purse.

Dirty footprints were trampled all over the downstairs, but ended in the living room. They hadn’t come upstairs – but I worried they would in the future.

Instead, we called a locksmith and stacked our furniture against the door, praying they would arrive before the burglars came back.

Thankfully they did. After the locks were changed, there was nothing else for it but to lie awake in bed, waiting for the sun to come up on one of the worst nights of our lives.

The next day, a CSI officer came to take a footprint into evidence, as she was ‘in the area anyway’.

Predictably, the burglars weren’t deterred by this at all and returned the next day as they had our keys. I was relieved that they were put off when they realised the locks had been changed and the lights left on.

Nobody ever tells you the amount of admin involved in a crime. I had to cancel my bank cards, spend hours on the phone reporting my car as stolen to the insurance company and numerous other things I’d never thought of before.

And I soon found out we weren’t the only ones to have had our house looted – other people on the estate had been hit that night too. My car must have been filled with other people’s treasured belongings before it was driven off. I was devastated that I’d unwittingly added to other people’s pain.

In fact, my burglary was part of a devastating crime spree that affected much of the estate that I lived in. Over the course of that month, there were sometimes as many as five or six burglaries a night.

My car was eventually found by locals, burnt out on the playing fields near my house. I had to call the police and tell them myself. 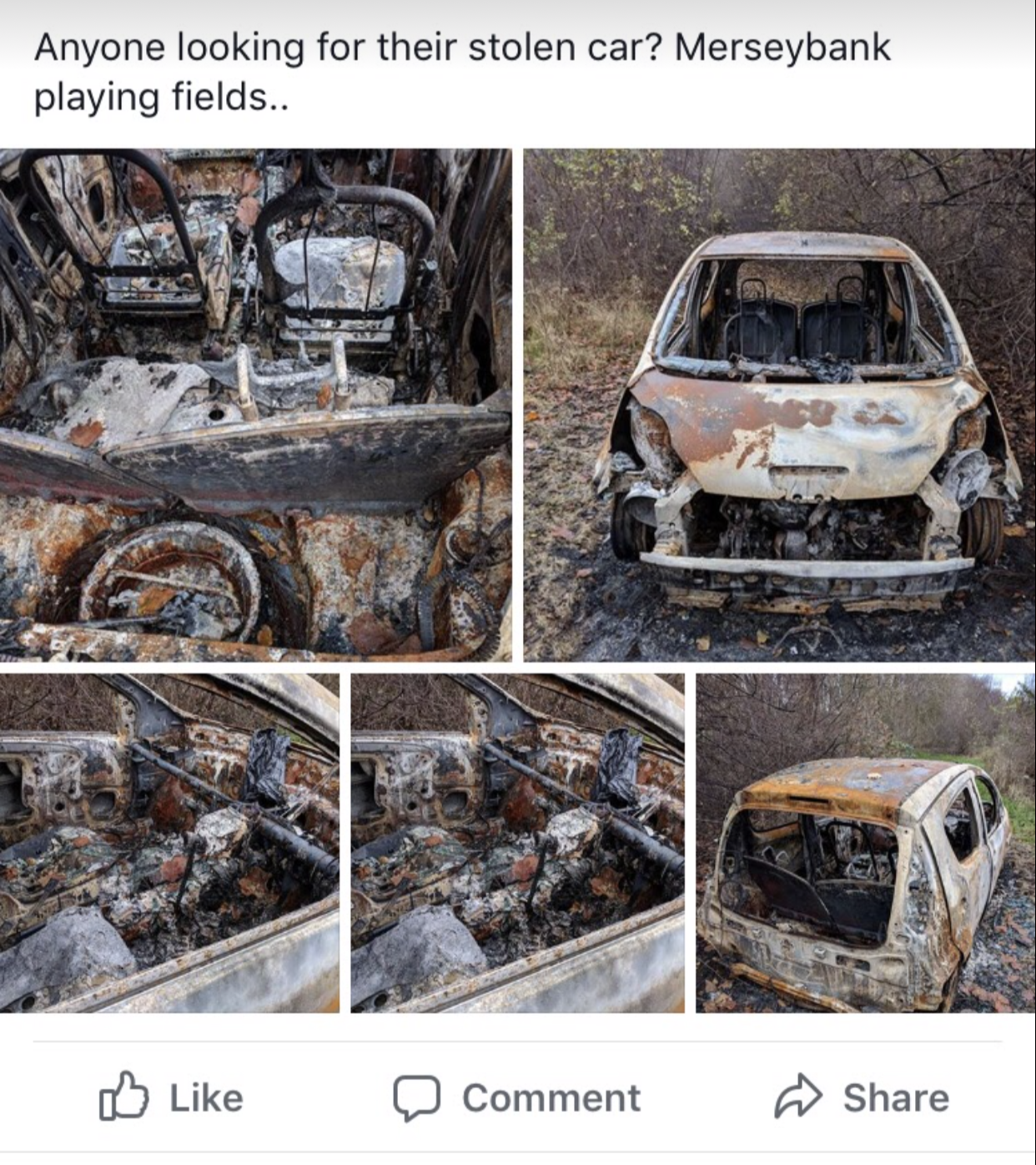 Living in South Manchester, I felt like I’d been living on borrowed time, waiting to experience the nightmare of having strangers go through your belongings while you sleep. It’s so common that the MoneySuperMarket comparison website named Chorlton as a top 20 UK area for burglary claims.

I’m not naïve, I knew there was a lot of crime where I lived, but I’d hoped it wouldn’t happen to us. We didn’t have that much worth stealing.

Now, strangers had access to two decades of my most precious photos and videos.

When I heard the recent news that most burglaries, robberies and thefts are never solved, I was completely unsurprised, as I didn’t get justice either. Two weeks after the burglary, I got a letter closing the case.

It made me question just how much personal safety is a concern to the police. If they’d just sat outside my house even just for the next night as the burglars had my keys, or driven around the estate in the early hours, they may have caught them.

Instead, they were able to go on terrorising other people instead. I never heard of a conviction. The lack of consequences for the perpetrators disgusts me, even now.

The next week, another victim caught three guys on CCTV – one of them had a pronounced limp.

Two years after the burglary, a man limped past me as I walked through the estate and fear shot through me. Had he been in my house, held a flame to my petrol-soaked car and looked through my personal photos?

My neighbour found a knife dropped in her garden and I felt more afraid in my own home than ever.

Eventually, it got too much. We took extra jobs, saved as much as we could and after four years, we moved house.

By then, I was pregnant with our first child and knew people in our area who’d got up for night feeds and come face to face with burglars while holding their babies. I didn’t want that to be me.

The relief of leaving that house was huge, but I still don’t feel safe, even five years on.

In our new place, we splurged on a high-tech alarm system and security lights, but each time they go off, I worry.

Recently, I woke up in the early morning with my baby and forgot to turn the lights off downstairs.

In the morning, when he saw the lights on – just as the burglars had left them – my boyfriend panicked that we’d been broken into again.

Because burglars don’t just steal your possessions, they steal your sense of security too.

Asking For A Friend: How to communicate your kinks to your partner

You’ve been cleaning your chopping board wrong – my mum taught me the right way to do, it all you need is two products | The Sun
World News