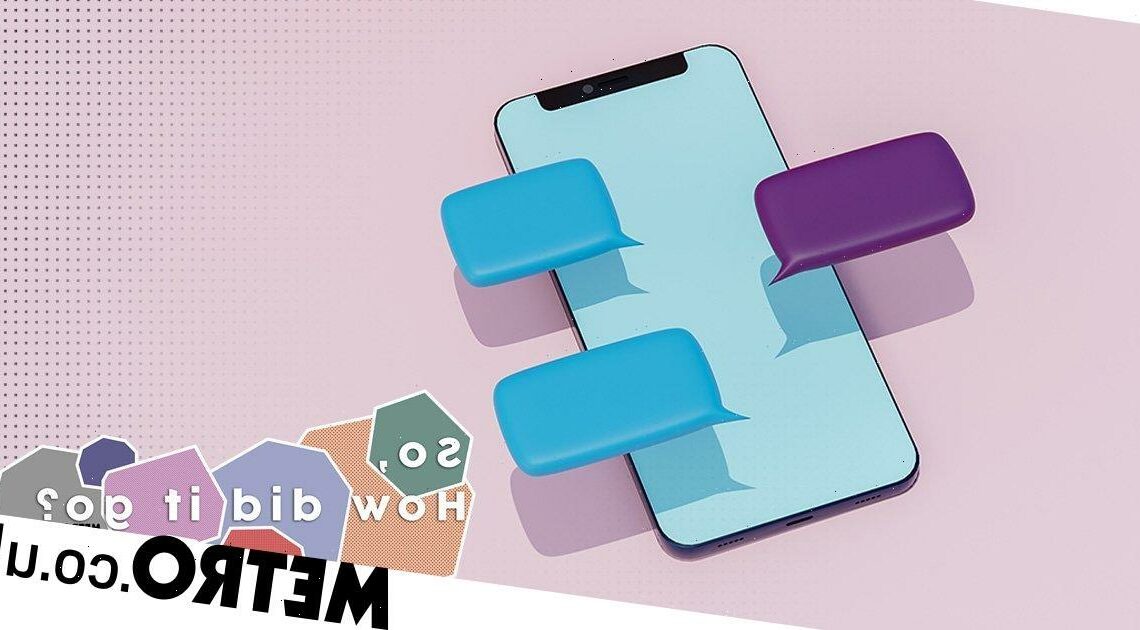 It seemed to be going well, or so I thought… until one day Olivia vanished.

We were messaging in the morning through a dating app when I had to pause our chat to get ready for my late shift at work. I thought to myself, ‘I’ll reply as soon as I get to the office.’

But when I arrived and excitedly opened my inbox to pick up where we left off, much to my dismay, Olivia was gone. I couldn’t find her profile or see our conversation. Had it all been a dream?

Olivia had been the only woman I’d taken a genuine interest in since firing up Tinder six months before.

Coming out of a three-year relationship in my mid-twenties I had found it hard to meet someone I really connected with again.

Increasingly spending more time alone, at home now age 36, dating apps felt like the only way I would meet someone new.

I never thought of myself as having a ‘type’ but I obviously did, as I continued to scroll my way through the darker-haired women within a 50-mile radius.

To be honest, only a few ‘matches’ led to dates. The more I used dating apps the more flexible ‘my type’ became in order to stand a chance of getting a match.

However, there was something about Olivia’s profile pictures, a warmth and a kindness that seemed so genuine and it seriously left an impression on me.

After a few decent dates that had failed to make it to judges’ houses, I felt it was time to stop messing about and trust my initial gut feeling. I got in contact with Olivia and we started chatting. 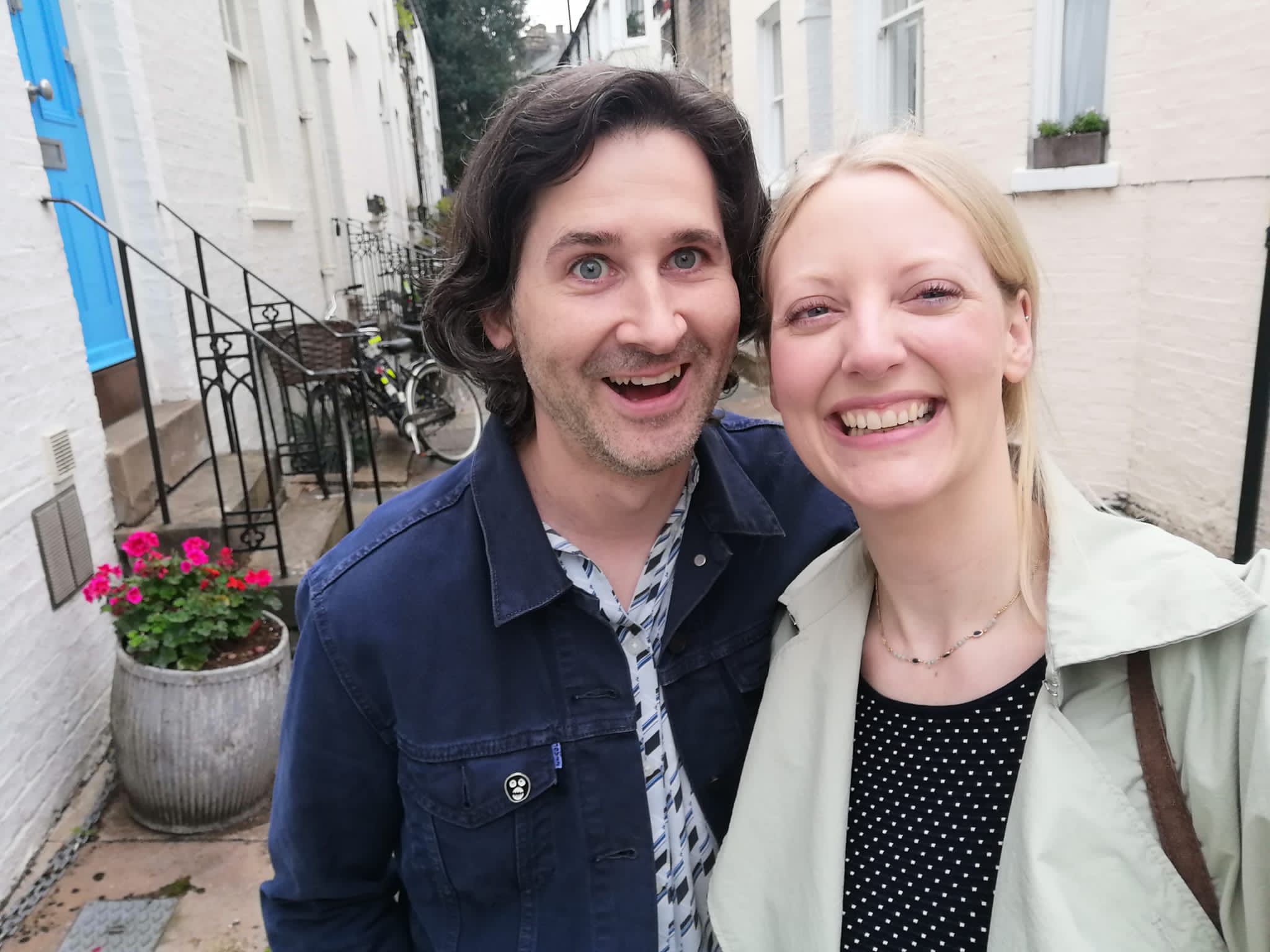 At first, I couldn’t understand what had happened. I had often been in the, by now, familiar position where I have been talking to someone, only to suddenly come up against a wall of silence. But with online dating, ‘them’s the breaks’ as Boris would say.

But never had I had someone disappear on me.

My first thought was that it was a glitch with the app – of course – or that I had deleted her by mistake. And if I just came out of the app and signed back in then she would reappear safely in my DMs.

Then, more realistically, I thought it must have been something I said, a bad joke probably, or, as I suspected, that I had left it too long to reply.

I knew I’d been a bit late in my response but I’d thought it acceptable based on my experiences of messaging on apps. I wasn’t trying to play it cool. I was just trying to be more relaxed about responding to people. Not drop everything I was doing every time I got some mail.

There is no rulebook for these things, though, and perhaps there should be – everyone has their own standards and expectations and many of us are still largely clueless about the correct etiquette when dating on the World Wide Web.

I scrolled for hours in vain that night, in the blue glow, hoping she was still out there somewhere, as I wanted the chance to explain why I hadn’t replied sooner. We hadn’t been talking long and I felt cheated that I had lost the chance to find out more about the girl I was so intrigued by.

I felt terrible because she looked so nice and didn’t deserve to feel that, perhaps, I wasn’t interested enough to respond sooner.

As it turned out, even though it could only have been a few hours between Olivia’s last correspondence and me arriving at work that day, it was long enough for her to catastrophise and think the worst.

I found out later that, believing it was something silly she had said – and fearing a ghosting – she struck first and deleted the app, vowing to give up internet dating for good.

Of course, she hadn’t said anything daft at all, but it’s natural to assume it’s something you must have said, or didn’t say, when you don’t get a reply.

We’ve all been there. I had thought the same.

Although Olivia had taken the tagline of this particular dating app – ‘Designed to be deleted’ – a bit too literally, thankfully, she did download the app again some weeks later and we reconnected.

When I saw her profile again I was relieved and felt like I had been given a second chance by the dating gods. I explained to her why I failed to reply sooner and she explained why she panicked.

All was right in the world again. We laughed about it and agreed to meet up.

On 6 August 2021 we had our first date in Tankerton, between Whitstable and Herne Bay.

After a typically sputtering, clumsy start as we hadn’t got too acquainted over messaging (having preferred to meet up and learn about one another in person instead) it didn’t take long before things started to flow.

That night we found out we shared the same birthday, which seemed pretty special and a crazy coincidence.

Olivia went home afterwards and told her dad Bob, who was staying with her at the time, how excited she was to have met me after she’d been through such challenging times with her health in the last few years.

We arranged to meet in Tankerton again not long after that for a second, longer, date. A chance to really get to know each other.

As we strolled along the grassy slopes, above the shingle beach and sea, we talked about books, the places we had been, our families, and what we hoped for the future.

It was clear that my gut feeling about Olivia was right from the start and that the goodness that I saw in her was for real.

During this date, Olivia had to take a timeout to rest. We lay on our backs on the beach and confided to me that she suffered from chronic fatigue syndrome, which had led her to switch careers from TV to therapy.

A year on and we are still a couple. We shared our first birthday together last January and I moved in with her not long after that.

But this could have been a different story, all because I didn’t reply sooner.

Instead of a ghosting, Olivia got herself a haunting.

So, How Did It Go? is a weekly Metro.co.uk series that will make you cringe with second-hand embarrassment or ooze with jealousy as people share their worst and best date stories.

Want to spill the beans about your own awkward encounter or love story? Contact [email protected]

Rush Hour Crush – love (well, lust) is all around us

Tell us about your Rush Hour Crush by submitting them here, and you could see your message published on the site.