Home » Lifestyle » My dad and the chair: When cancer came to stay 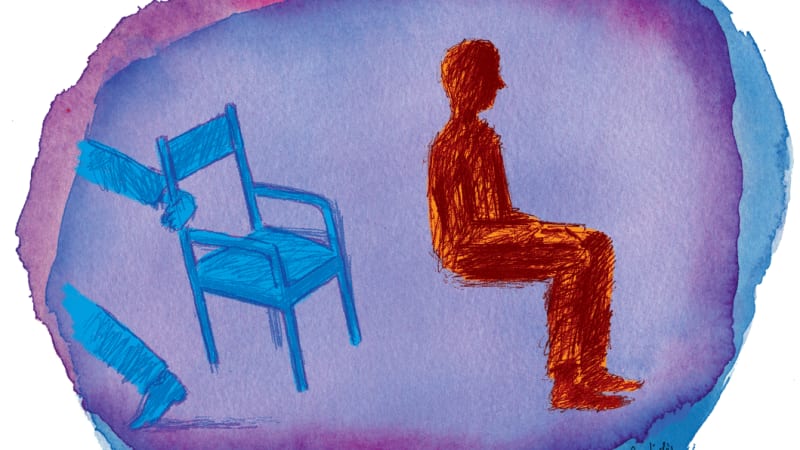 My dad and the chair: When cancer came to stay

I remember my father when he used to smoke. His hair was black. He had the deep-tanned complexion of one who had worked for years on the sea; the sun, salt and wind had sculpted his face smooth. Robert Alexander McFadyen had weathered well.

His father-in-law used to smoke as well, but it did his lungs in and then his heart. After that, my father stopped smoking. Just like that. One day he had a cigarette in his hand, the next day he didn’t and never did again. While his lungs cleaned up, he piled the weight on. 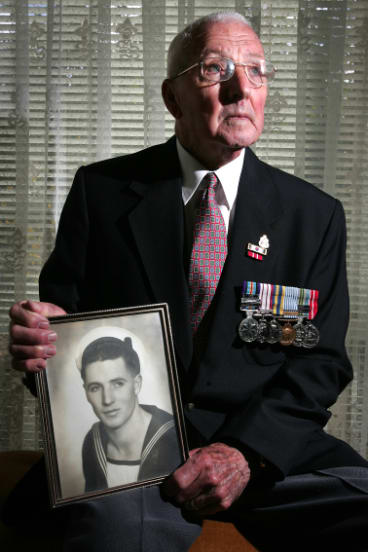 Warwick McFadyen’s father Robert, with a portrait of himself as a young man. Credit:Matthew Furneaux

He found he had diabetes and, just like the giving-up of smoking, he began a strict self-imposed regimen of diet and exercise. He got stronger.

It is to me a source of pride, and relief, that he could control it for quite a few years without any drugs. In the final years, however, he had to inject himself with insulin once a day. He used to get up early and walk the couple of kilometres to the local service station to get the paper and chinwag with whomever was there. He liked to get out.

Cancer took that away.

His world shrank. Instead of grass and footpath underfoot, of wind and traffic noise or birdsong in his ear, there was the shuffle over carpet a few steps from bedroom to sitting room to kitchen to toilet to bathroom: the unchanging walls, the caged environment, his home.

At the centre of it all was the rented chair. He lived there day and night when he wasn’t sleeping. It was not flash. It was utilitarian, like something you would see in hospitals. Adjustable height, 90-degree back, sturdy frame. He would arrive at it from his walker. And there he would sit. Beached on an atoll of aloneness, not isolated from those who loved him or whom he loved, but from the world he used to know and love.

At first the chair was in the middle of the room, to one side of the sofa that faced the television. When you entered the house, it was a straight line to seeing him. This is where he was sitting on that last Christmas Day. I gave him a small digital recorder to talk into if and when he felt like it, but he only used it twice, once to talk about his going to sea when he was young and the other time he just inadvertently left it running, which is all the more precious in a way because it records he and my mother idly chatting about dinner.

Sitting down with death

There were no conversions in this chair. His father had converted to Catholicism on his deathbed in hospital. A priest had been called. The last rites were given, a Catholic heaven opened, perhaps more amenable to his soul, and where he could be reunited with his first wife.

My father left his chair as he came to it. He had lived a long life. Is it greedy to want to keep going, when so many die young? It’s a question without foundation or relevance. At a certain point philosophy, like God, is dead. The earth keeps spinning, the sun keeps rising, the sun keeps setting – that was my father’s philosophy. That’s what he believed in as he sat in the chair. 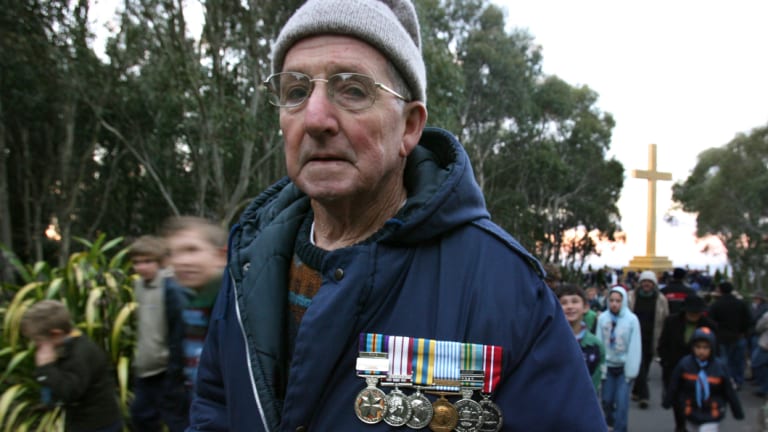 He became less of a burden to it as the end neared. His weight was dropping. He felt the cold more and more. A blanket was draped across his lap. He found a draught that made its way from front to back and vice versa, and which we couldn’t feel, was too much on his skin. We had to move the chair.

So we did, about three metres to the left. It was still facing the television. It had to be for the sport. It was parallel with the wall, with a small footstool in front on which to raise his legs. His feet had swollen to twice the size they should have been. Shoes, not that he needed them much anymore, did not fit. We had spent hours in stores looking for slippers. Finally some were found. He could not reach down to put them on, he did not have the strength to slide his feet into them.  We knelt or bent down to manoeuvre his feet in.

Many people have a favourite chair. They have used it so often it is imprinted with their bodyline. To the person it carries the familiarity of a companion who asks for nothing but will always be there. You can make sense of the world from your favourite chair. Or if not, you can find solace there. You certainly wouldn’t find death there. Yet, that is what greeted my father every day he sat upon his chair.

Without death’s shadow, the pain and daily misery, the chair would not be in the house.  Without the approach of conquering cancer, it would not be there. Death sat with him, supped with him, watched the rugby league with him. He did not hate the chair of itself. On the contrary, it gave him good support. He could sit upright. But he hated that it reminded him of his place in the scheme of things. As if someone had said, "Sit down and shut up. You’re dying." He knew that. It didn’t need to be said. 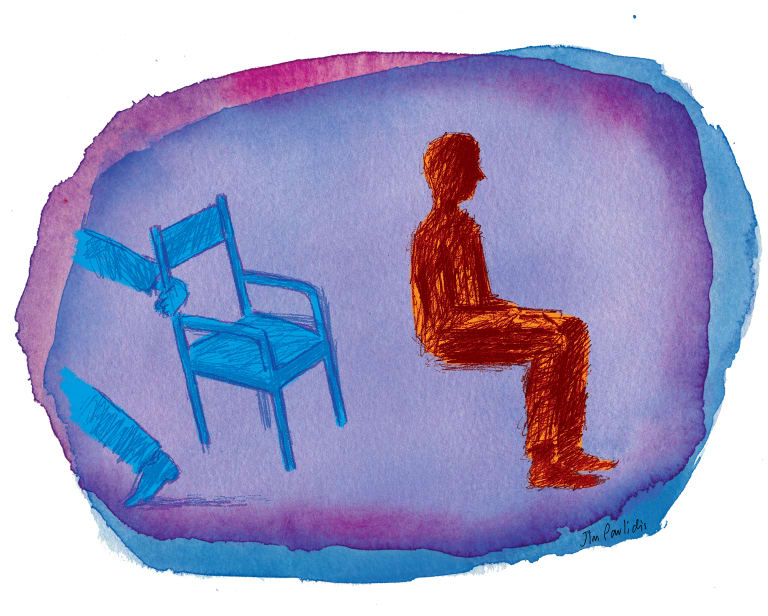 ‘Without death’s shadow … the chair would not be in the house.’ Illustration: Jim PavlidisCredit:

The chair stayed with him for much of the last year. When I returned it to the pharmacy after his death, the paperwork could not be found. A random sum was paid out past the period for which it had been used. It would be someone else’s chair now, or perhaps several people's or no one's at all. Perhaps it now waits among the other furniture and mobile aids to sickness at the rear of the pharmacy. I haven’t checked. It was, after all, just a chair.

The matching sofa chair is now back in its spot in the sitting room. My mother sits there. She would give anything for that rented chair to be back, because it would mean he would be sitting in it.  The chain of 64 years would not be broken.

Whenever I was leaving the house, the last thing my father would say from his chair was "Thanks for everything, son." I always replied, "No worries, dad." He was too weak to come to the door.  At the time it seemed that it was a comment on that day’s visit, for paying the paper bill, taking my mother shopping to the supermarket or the butcher's or chemist's, turning the engine of their car over so the battery wouldn’t go flat, but now I think perhaps he was giving it a broader meaning. 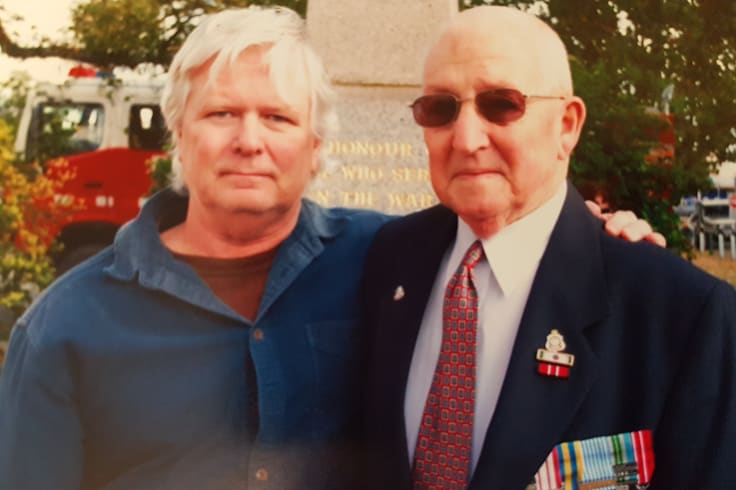 The author with his father, Robert McFadyen.

Silly him, he didn’t have to thank me, or anyone, for anything. We were thankful for him. On a purely existential level, if it weren’t for him, with my mother, my sister and I wouldn’t exist, and if I didn’t exist then neither – with my wife – would my children. The standard metaphor is that we’re all links in a chain, and that’s true, but there’s no movement in that image. Life is movement, call and response, echo and resonance, all within and around each of us, every day. Our own private worlds brushing up against one another, setting off vibrations that can buzz like wire whistling in the wind or lope through the days like a long swell forming on the horizon and seeming to take forever to reach shore.

Once he whispered to me: "I’m so weak son." He had never spoken of weakness before; he had never had to until now. Helplessness was an unknown condition to him. Every small thing that he could revisit, that he could do for himself, that could lift him out of his sitting was a joy; it was also a cruel jape. It offered an illusion that all dying people would gladly take, that maybe, just maybe, I’m the one to go against the odds. Why not? But, as everyone knows, the house always wins.