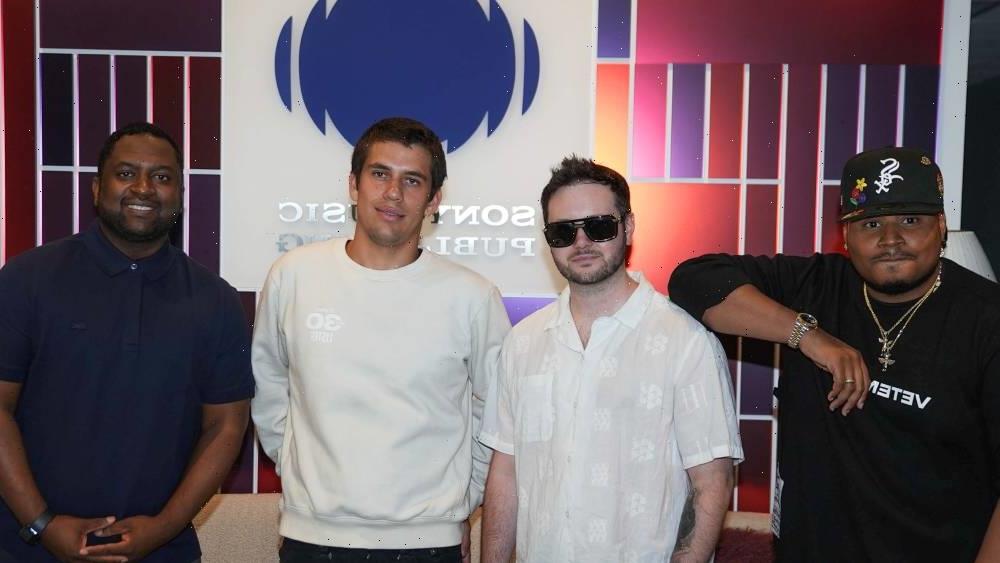 In the past six months, Bash, who won a Grammy for his work on “Family Ties,” has contributed to various projects including Jack Harlow’s “Come Home the Kids Miss You” and Yeat’s “2 Alivë.” He also has production credits on Nav and Wheezy’s “Emergency Tsunami,” Future & Juice WRLD’s “Realer N Realer,” Gunna’s “Argentina,” Future’s “Krazy But True,” Offset’s “Big Rocks” and more.

+ Monti Olson has joined Litmus Music as president and will lead music rights acquisitions for the company. Prior to joining Litmus, Olson served as executive vice president/head of BMG music rights music publishing North America, where he led the division in the domestic music market and was responsible for frontline/catalog acquisition strategy and execution.

Said co-founders Hank Forsyth and Dan McCarroll: “Monti has been a trusted friend and colleague for decades. His passion for music, deep industry knowledge and relationships, business experience and integrity are valued by the entire team. We’re so grateful he has chosen to join us on this exciting journey as the next chapter of his career.”

Most recently, Wolters spent over 12 years at the Elizabeth Glaser Pediatric AIDS Foundation, where she was part of the organization’s senior leadership team. Prior to joining EGPAF, Wolters spent more than a decade working on multi-sectoral development and relief programs across Africa, including Millennium Promise, a non-profit organization dedicated to achieving millennium development goals and sustainable development goals, and also held the role of regional coordinator of the International Medical Corps where she directed the organization’s health and refugee programs in Ethiopia, Kenya, Mozambique, Somalia, and Uganda.

“We are thrilled to have Theresa join the MusiCares team as her incredible career and experience will undoubtedly help the organization serve the music community in a greater capacity,” said Segura. “We look forward to working together to harness Theresa’s knowledge of both the health and philanthropic landscapes to explore new ways to support music professionals.”

+ Columbia Records has promoted Victoria White-Mason to vice president of marketing, reporting to Jay Schumer and Erika Alfredson, executive VPs of marketing. Most recently, White-Mason served as senior director of marketing, where she led campaigns for artists such as Baby Keem, Lil Tjay, John Legend, Chlöe Bailey, Joey Bada$$, Syd and Lous and the Yakuza.

“It has been impressive to see what Victoria has accomplished in her time at Columbia,” said Alfredson and Schumer. “She is strategic, creative and well-respected amongst her Columbia colleagues, as well as among the artists and managers with whom she collaborates. Vic’s continued leadership is a great asset, and we are excited to see her continue to flourish at Columbia.”

“This is truly a full circle moment for me,” added White-Mason. “I have such a vivid memory of scouring through The ‘Miseducation of Lauryn Hill’s’ album booklet as a young music fanatic. When I read that she was a Columbia artist, I manifested then and there that one day I’d contribute to the magic Columbia helps bring to the world.”

Lee quickly found success co-producing Lil Nas X and Jack Harlow’s “Industry Baby,” creating the song’s signature horn melody. He has also collaborated with artists such as Megan Thee Stallion, Mustard, Vince Staples, Seventeen, Dillon Francis and Stray Kids, among others. Alongside songwriting and producing, he also scores for TV and film, composing for Network TV shows such as NBC’s “Grand Crew” and Fox’s “Welcome to Flatch.” It was recently announced, that Lee will also be the co-composer of Netflix’s drama series, “The Brothers Sun.”

James Cheney, Reservoir VP of creative added, “Nick’s classical and jazz background gives him a really deep understanding of music and a creative instinct that he brings to every song he works on. We know his keen talent is going to take him far, and we’re honored to support him along the way.”

+ Position Music has hired Samantha Sklar to join the company’s A&R team, as announced by President and CEO Tyler Bacon.

“Sam is a passionate A&R Executive who understands what it means to serve writers on the highest of levels.” says Mark Chipello, VP, head of A&R. “She is a rising star in the publishing community and is a fierce advocate for creators. Sam was an essential part of us signing Dru “Falconry” DeCaro. She basically started her first week with a number one song. I can’t wait to watch and see all that she’s about to accomplish with us.”

Ronaldo gets police caution for incident at Everton match