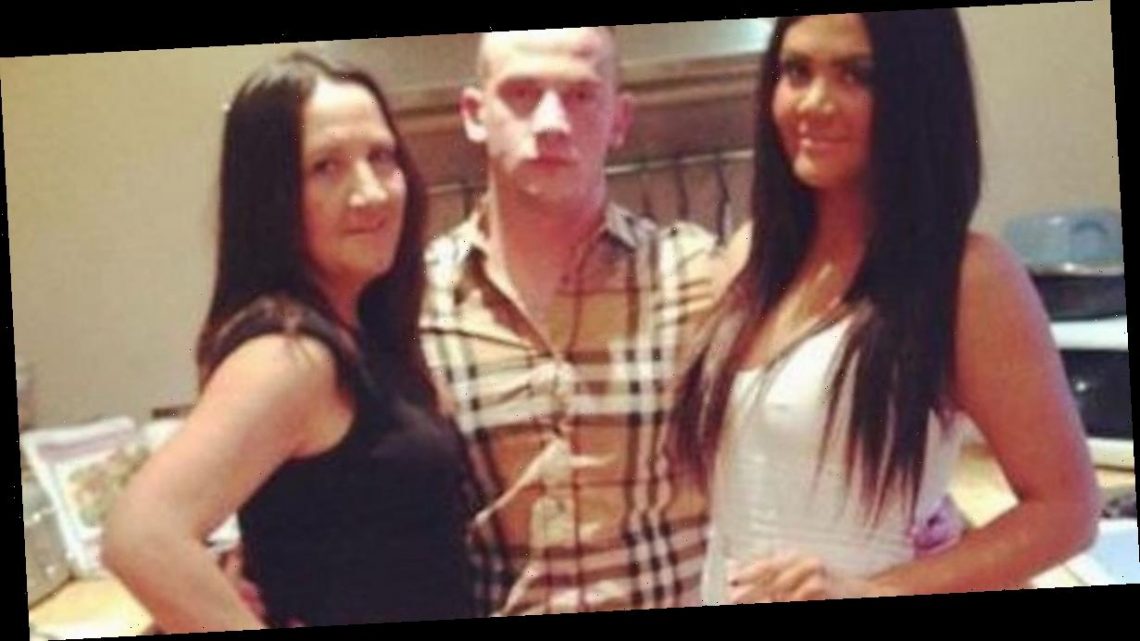 The heartbroken mum of murder victim Josh Hanson has been left "broken, lost and isolated" since he was cruelly taken, she revealed in a devastating statement.

Josh was just 21 when he was brutally killed by Shane O'Brien while on a night out in West London.

Today O'Brien, 31, was jailed for a minimum of 26 years , but Josh's mum Tracey said the pain will never go away.

She is haunted by the phone call she received saying her son had been stabbed on October 11, 2015.

Tragically he died before Tracey and Josh's sister Brooke could reach him.

In a heartbreaking victim statement, Tracey said: "We were 10 minutes away so we never got the opportunity to say goodbye."

And she continued: "I could not hold my beautiful Josh in my arms as he lay on a cold floor dying, and I could not hold his hands, the hands that I had held throughout his short life.

"I could not tell him everything was going to be ok if only just to give him some comfort, hope or reassurance.

"My duty and my right as a mother to nurture my child until my dying day was taken away from me and I will struggle to cope with this for the rest of my life.

"I watch my daughter now an only child, in pain every day as her heart aches for her brother and I look at my mother, now 83, who finds it hard to look at me, while she tries to grieve for her grandson because she feels helpless."

Tracey, who last spoke to Josh the night before he was killed, recounted how she saw her son in the mortuary.

She said: "The next time that I saw my son was in the mortuary, my son’s body was lifeless, cold with no movement no warmth and devoid of the wonderful completion that he once had.

"I kissed my son’s lifeless face and held his lifeless hands knowing that all my nightmares were not some terrible mistake and that Josh was never coming home."

Describing the pain she endures each day, Tracey said: "The aftermath of Josh’s murder has left me broken, I am lost and someone who is now avoided in the street.

"People avoid me as they do not know what to say, they cannot say sorry for your loss as we did not lose Josh, he was taken from us in the most horrific way possible, suddenly, abruptly, viciously and violently.

"I feel isolated and alone and that is because no one understands or can ever begin to understand my pain, I have found no words that come close to describing the constant ache that consumes my every waking day."

And sister Brooke stated: "My job was to love and protect my brother until we were old.

"Every day and night I ask myself the question, what if I was there would I of been able to have saved my brother, protect him from the evil that took him away from us.

"Josh was the most purest soul and he had such a bright future ahead of him and as his big sister I was so proud of the man he was.

"His smile was infectious, and his laugh was addictive, his presence was magical, and he was one of a kind."

Brooke said she has struggled with anxiety and PTSD since her brother's death.

She stated: "I have lost myself, I don’t know who I am and I don’t like the life that has been given to me without a say.

"I am left without a brother and I am now an only child.

"I struggle with anxiety and PTSD and I am scared to walk down the road most days as I have flashbacks of what happened to Josh as I have a fear that it is going to happen to me.

"Normal everyday chores are a struggle for me. I have had a very limited life since losing Josh and I know I will suffer with anxiety, grief, and PTSD for the rest of my life.

"I would never of thought at the age of 25 I would go to sleep having a brother and be woken to be told that he had been murdered.

"I spoke to my brother four hours before his life was taken in the most horrific way. We said we loved one another and wished each other goodnight."

In the aftermath of the murder O'Brien used false travel documents to flee the country in a chartered aircraft, and evaded authorities for more than three year.

O'Brien was finally arrested in Romania in April and brought back to Britain – almost four years after the bloody killing.

During his murder trial at the Old Bailey, jurors were shown CCTV footage of him attacking the road planner in the early hours.

In the footage Mr Hanson is seen clutching his throat and stumbling in the road.

As his horrified girlfriend watches on, blood pours from the 37cm wound cut from his left ear to right chest.

While Mr Hanson was bleeding to death, O'Brien calmly left the bar and called a friend who secured a four-seat plane which flew him from Biggin Hill to the Netherlands.

The killer grew long hair and a beard to disguise his appearance, as well as having a tattoo of his daughter's name covered.

When Interpol and Europol added the boxing enthusiast to their most wanted lists, O'Brien's friends helped him lay low.

He managed to wiggle out of the clutches of justice in 2017 when he was arrested in Prague for assault, giving a fake name and then fleeing when released on bail.

The jury did not accept his argument that he only meant to scare the young man, finding him guilty after 55 minutes of deliveration.

After O'Brien was convicted, Detective Chief Inspector Noel McHugh said: “Early on it was clear O’Brien was a well-resourced and connected individual.

"With astonishing ease he was able to arrange a trip out of London, a flight out of the UK.

"He had the means and connections to disappear, people who would support him with funds and by supplying fake documentation.

“This was a case where we needed the public and media to flush him out.

"The plan was to get O’Brien’s face recognised across the world and make him a liability to those so keen to support him.

“Tracey and Brooke formed an army of helpers to distribute reward posters across the world. We got O’Brien onto Europol and Interpol’s most wanted lists, a first as previously dual circulation was not permitted.

“We had nearly a hundred potential sightings and we followed up every one – from Lidl in London to Luxemburg.

"At one point we believed he was in Dubai and did a lot of work with authorities there to try to track him.

"He also had links to Spain, France and Ireland.

“In February 2017 he messed up – getting arrested and bailed in Prague for a minor scuffle in a club. It meant we were able to obtain up-to-date images of him, which revealed he’d had a distinctive tattoo on his back of his children’s name covered up by an owl holding a skull, had a full beard and had grown his hair.

"He was also using Italian aliases.

“The work that went into trying to track him around the world was exceptional and I have nothing but thanks and praise for colleagues in the Met, the NCA and all those involved, including media here and abroad who carried so many of our appeals.”

Who is Lord Alan Sugar's wife Ann Simons, how many children do they have and does she work?
World News