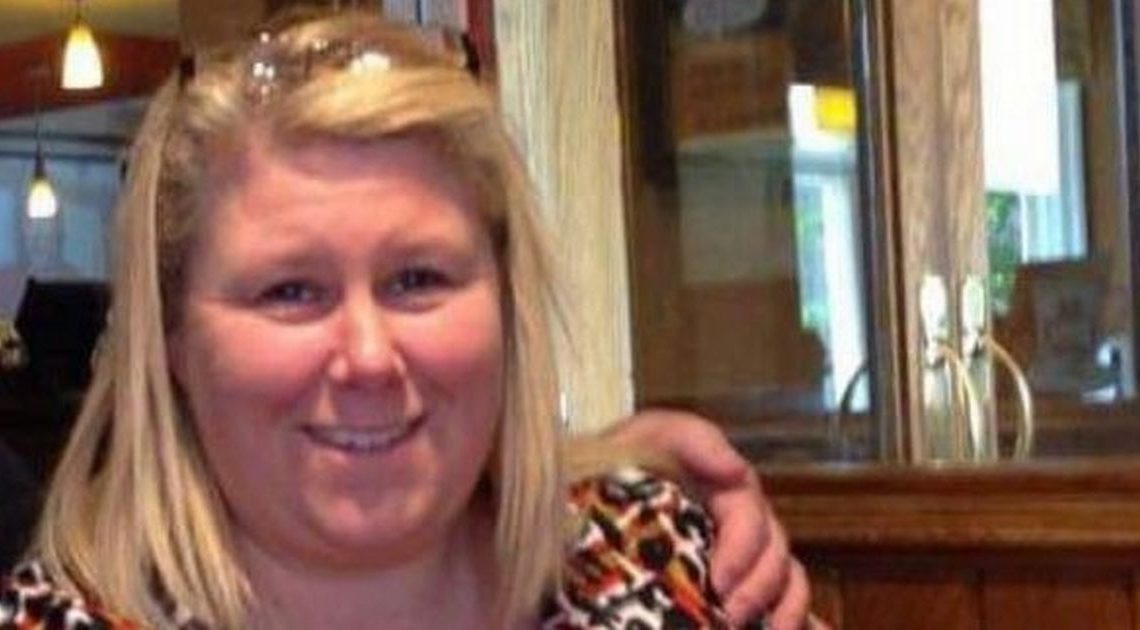 A mum looks 10 years younger after an incredible weight loss transformation that has changed her life.

After years of indulging in fizzy drinks and unhealthy snacks, Clare O’Brien tipped the scales at 18st 9lbs and had to buy size 24 clothes.

The mum-of-four said tying her shoe laces was a struggle and she would shy away from socialising due to her weight, the Liverpool Echo reports.

But now the 43-year-old "can't stop buying clothes" and has a big smile on her face after losing a whopping 100lbs (7st 4lbs).

She says people keep mistaking her before and after pictures as a mother and daughter.

But the best thing of all is that she has a new lease of life and is spending more time doing things she enjoys, such as going to the theatre.

"It sounds stupid but my husband fitted these wardrobes with mirrored doors on in the bedroom," she said, describing the turning point.

"Before then we had just the one mirror on a single door, so I didn't really look at myself as much.

"But when they were fitted it was like I was sort of faced with what I looked like.

"I would struggle to do things people just take for granted like bending down, or tying my shoelaces – silly things like that.

"If we were going to a restaurant I would think 'oh god will I fit round the table' it was just a constant worry."

Clare who has children aged 19, 18, 12 and 11 said before her weight loss she would eat for convenience and would fill up on junk food including cakes and biscuits.

The Tesco shop assistant also said she would regularly make up excuses to miss gatherings with family or friends.

"My husband is ex forces and we used to go out to dinners and stuff like that but I would say 'you go on your own'.

"Or if the kids asked me to go swimming with them I would say 'ask your dad' because I didn't want to get into a costume.

"When I think about it now my weight was really holding me back."

Clare said she had tried "every single diet there was" before deciding to join her local WW group in Crosby.

And now, two years on, with healthy eating and exercise she has dropped an amazing six dress sizes to a 12/14 and 7st 4lb.

"Everyone has said how much younger I look," she said.

"People have said my before and after pictures look like a mother and daughter's transformation.

"I was in work and I overheard a customer saying to their friend 'do you remember her it is Clare' and the girl was like 'no it isn't that is someone completely different'.

"She couldn't believe it was me and thought it was a new girl that had started."

She continued: "My husband is dead proud of me, although his bank balance has gone down a bit because I just can't stop buying clothes.

"I am still unsure on what I can wear because it is like dressing a completely different body but I love clothes now.

"I enjoy going out now too and I love going to the theatre at the Royal Court.

"I would never have done that before because I was nervous I wouldn't fit in the little seats.

"And I can do so much more with the kids and they are so proud of me."

Clare said she is now looking forward to a holiday to Cyprus in summer with her family, a prospect that would have once scared her.

"I used to just have a certain set of clothes that I would take on holiday with me but now I am enjoying buying dressy little outfits," she said.

"It is quite sad when I look at pictures of me before weight loss because I know how much happier and more confident I am now.

"Before I was just a mum, that was my job, but I am so much more than that now."

BLACKPINK’s “Kill This Love” – The Best Dance To It EVER!!! | Perez Hilton