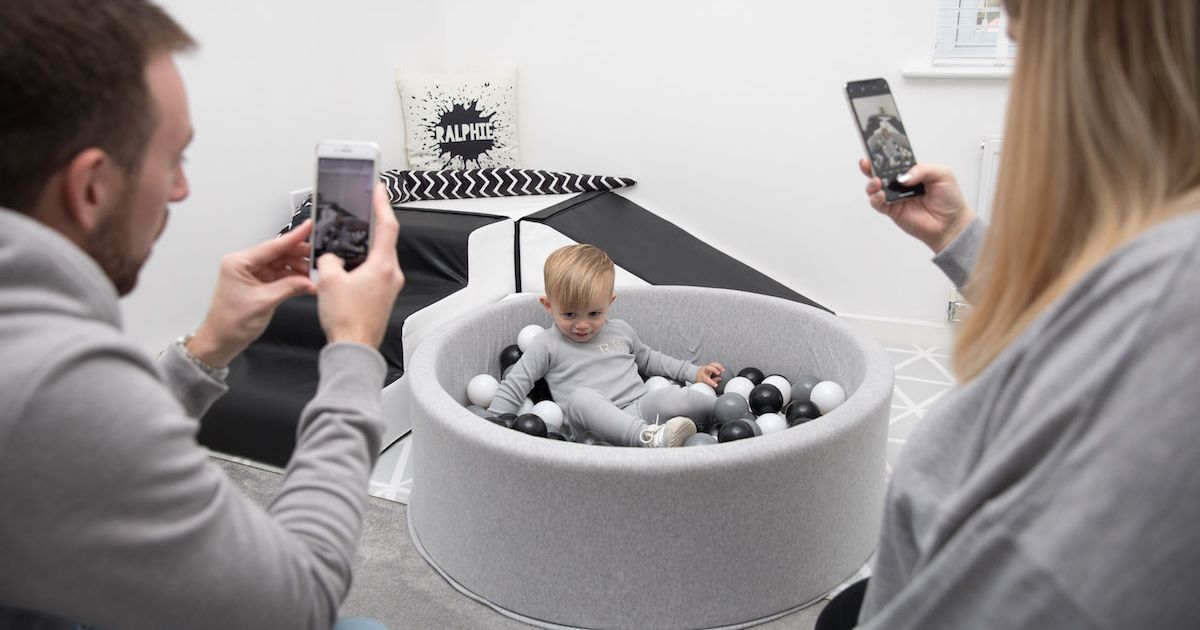 A one-year-old baby has proved so popular as an Instagram star that he has already bagged more than £10,000 of freebies.

Ralphie Waplington is in heavy demand from brands desperate to have him model their products.

Each picture on his Instagram account – which has more than 14,000 followers – shows him without a hair out of place, and his mum has banned family members from sharing pictures of him.

Mum-of-one Stacey Woodhams, who runs the account, has landed a bumper crop of freebies from sharing posts of the little boy, including his entire wardrobe, bedroom furniture and days out.

And she says she’s even keen to have another baby – so the child can tap into Instagram’s huge market for newborn ‘influencers’ now that Ralphie is too old.

Stacey admits that she’s received hate mail and threats from fellow mothers online and warns parents that they shouldn’t run Instagram accounts for their children unless they’re prepared for the gut-wrenching backlash.

But Ralphie can make hundreds of pounds from a single sponsored post and has a different pram for every day of the week, all sent to him for free, in return for a photograph.

Stacey, from Brentwood, Essex, who styles all his outfits and snaps photos with her smartphone, says she has landed more than £10,000 worth of freebies for her star child.

The 28-year-old originally set up an Instagram account for Ralphie when he was seven days old so that their family could see him grow.

But within a month, she had amassed more than 1,000 followers and now spends hours every day focusing on Ralphie’s account.

She credits the social media giant for giving her the opportunity to work from home as she earns enough from running the account alongside her own business Mummas Prints.

After a slew of adoring comments on his photographs, she realised that her son could become an ‘influencer’, opening up chances to work with brands and companies.

She earns a salary from his posts which she says she spends on family days out and treats for her boy.

On top of his income from Instagram, the tot, who turns two in December, also earns a salary from modelling for brands including Next, which is kept separately in his own bank account.

Stacey said: “I’ve worked really hard to achieve what we have achieved and everything I do is for Ralphie and his future.

“If a photo of him in a tracksuit with snot running down his face and his hair is messy gets put on social media, that is not representative of the brands we are representing.

“It sounds awful referring to him a brand because he is a human and a child but essentially, the name that we have created is a business.

“And that’s what I’m trying to say to people when they bash me, this is a business.

“It’s not different to me leaving the house at 7am and returning at 7pm but instead I have a job where Ralphie reaps the rewards and I get to spend all day with my son.

“So our family aren’t allowed to post photos unless it’s a photo we’ve already posted or a photo I’ve approved.

“And before I take any photographs, we’ll make sure his hair is brushed. It’s about giving him a bit of dignity, after all I wouldn’t post a photo of me not at my best!

“One lady had a go at me saying I was too busy taking photos of him posing as a model.

“Well, he is a model. He’s represented by an agency, he does a lot of modelling and he’s worked with some really big names.

“So yes, I do take photos where he looks lovely because he is!”

Stacey makes sure she plans ahead so photos of Ralphie are strategically shared when they’re likely to receive the most attention.

She says this includes posting photos at 2am when fellow frazzled parents are likely to be scrolling through their phone whilst their children keep them awake.

And Stacey and Adam have received free meals including a lavish afternoon tea at Fortnum & Mason, treatments at salons and gifts including a free set of luggage and a free kingsize mattress.

Stacey said: “We’ve been invited to days out at themes parks, we’ve been offered hotel stays, a furniture company gave us all of Ralphie’s bedroom furniture.

“I’ve been sent handbags, suitcases, Hugo Boss designer clothes. We got a luggage set for all of us.

“Ralphie is really lucky. All of his clothing comes from Forever Sewing, they sponsor his wardrobe, and we love working with small businesses.

She says she works hard to portray the daily struggles of motherhood rather than presenting a life that many cannot relate too.

However, the effort was worth it, as the mum says Ralphie earns up to £375 per sponsored post.

But while most fans praise the handsome toddler and are quick to praise Stacey for her hard work, others aren’t so quick to big the tot’s Instagram page up.

In the past, she’s received messages accusing of neglecting her son in favour of taking photographs of him.

Stacey said: ‘I definitely put on a front so when someone calls you a bad mum, it really does hurt me.

“I just think that if someone was doing what I do but wasn’t in the right frame of mind, I wonder what these Instagram trolls could do.

“I think people don’t realise the nastiness of what they say and how it could affect someone.”

Although she admits to having spent a lot of time on her phone, she insists that Ralphie never notices.

She says: “It only take a split second to take a photograph and I do all the editing when he’s asleep or Adam is home.

“There’s a lot of prep work. You can only photograph him if he’s in a good mood and he’s happy to play.

“I never force him to sit still, I just snap him in the moment so he’s none the wiser and it’s just like any other mum capturing a photo.

“He’s at that age where we can explain to him what we’re doing.

“Obviously it’s stressful because you have a brief from some brands to get it from a certain angle and just one shot to do it.

“Once you set it up, if he messes it all up, then you won’t get a good image. So we really do have to work as a team.

“I’ve got Adam running around like a performing monkey distracting him but Ralphie just laughs and thinks its funny.

“We’ve visited some great places and he’s actually having a lot of fun but for me, it’s like being at work,

“So I’m filming, editing and doing Instagram stories on my phone and probably looking like I’m having the worst time.

And as Ralphie’s following increases, Stacey says she understands why parents might criticise her.

She said: “We’re exposing Ralphie to a life that’s he’s not had a choice in. He’s not been able to say ‘yes mummy’, I want to do this.

‘Ultimately, we try and understand it from people with a negative opinion.

“How we see it is, yes, there’s a lot of views and opinions on what we do and how we could be putting him in danger.

“But at the same time, I know that everything we post is filtered and we want to portray him as the little boy having fun that he is.

“I can see why people would think we are using him as a tool for potentially making a name for our family, and as a form of income but this isn’t the case.

“But I post to inspire other people that you can achieve anything. I am an ordinary girl from a really ordinary background.

“I’ve had ups and downs in my lives but I know you can achieve anything if you work hard at it.

“I feel really grateful to be given the opportunities that we have been given.”

And as Ralphie gets older, brands are becoming more intrigued by the rest of the family, including Adam, who works in the wholesale restaurant business.

The pair recently set up an Instagram account focused on him and hope that he may be able to quit his full-time job in the future.

“We found that opportunities would come up that involved dads so we thought it was a no-brainer if I got involved.”

But Stacey says that she still spends a lot of time contacting brands to suggest they work with her.

She said: “It’s like any business, You have to go out and get it.

“I’d say seventy per cent of the work we obtain is through me reaching out to source it, and thirty per cent where we get contacted directly.”

Now the 28-year-old has begun running workshops for fellow parents on how to use social media and promote their businesses or their own family influencer accounts.

She said: “I’m so passionate about what I do

“I think Instagram is quite misunderstood but it can be a really positive place to share your story.

In the near future, the family hope to have another child who they can also share on Instagram.

Stacey said: “Some of the companies that got in touch when Ralphie was 8 or 9 weeks old, we still are in contact with.

“Unfortunately a lot of products only make things for newborns so we’re longing for baby two now so we can carry on!”