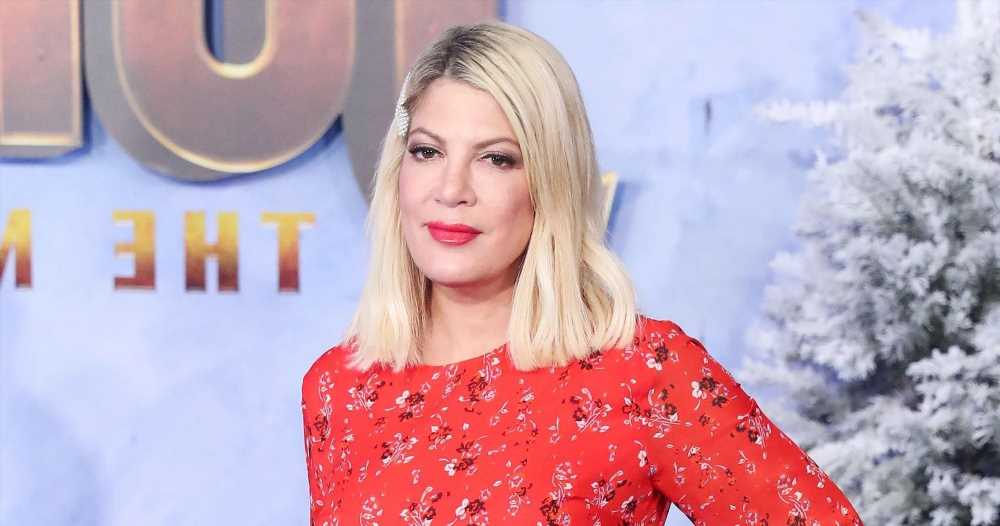 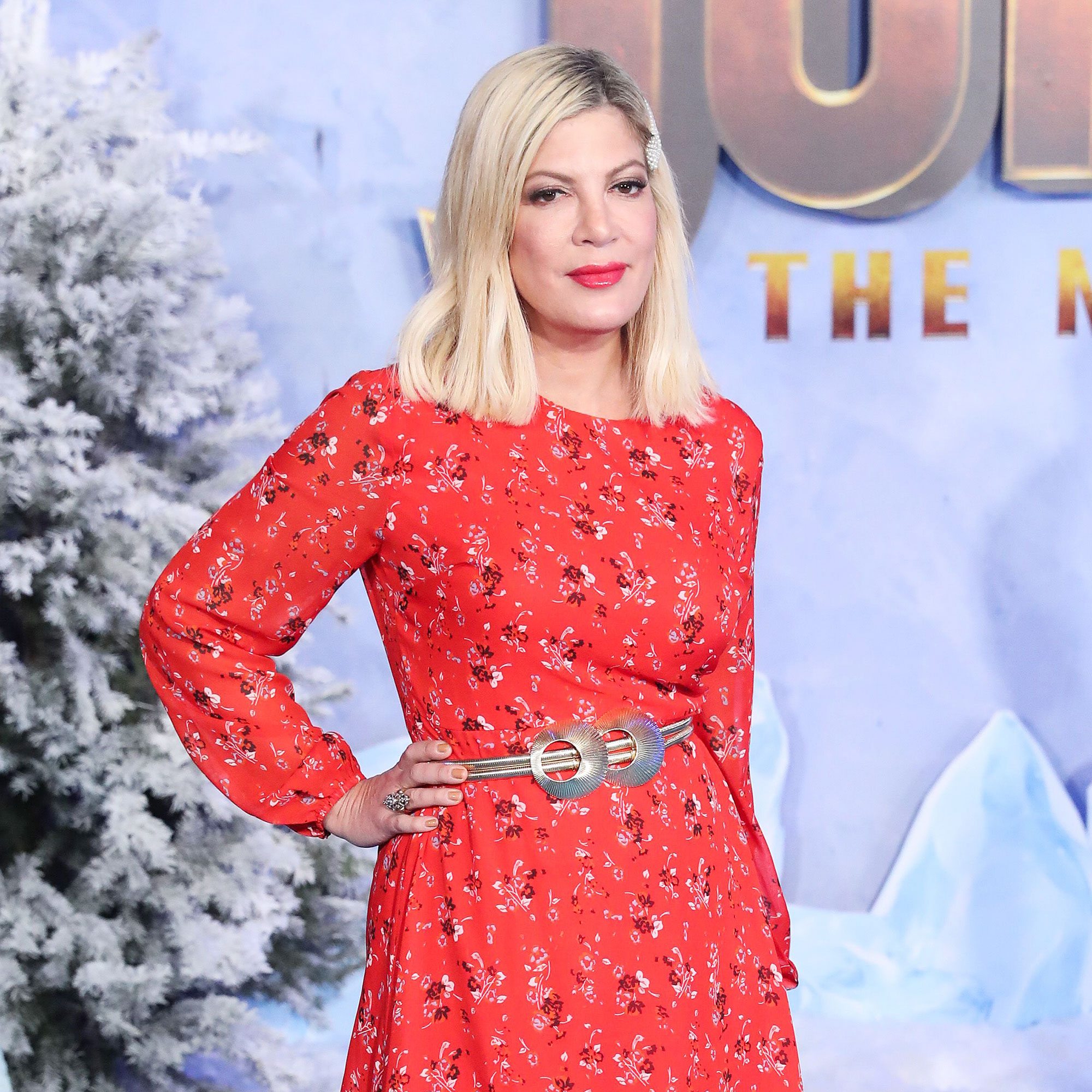 Happy holidays? Tori Spelling turned heads when she shared another festive post about the Christmas season without any mention of husband Dean McDermott amid split rumors.

“Let’s talk holiday decorating! The kids and I are in ❤️ with these personalized stockings,” the 48-year-old star wrote via Instagram on Tuesday, November 23, alongside two photos of her family’s custom stockings in a sponsored post for Personal Creations.

The first photo shows “whimsical wintery” characters, including a snowman, reindeer and penguins, on the traditional decorations. The Beverly Hills, 90210 alum held up a stocking with her name on it while standing next to ones with her five children’s — Liam, 14, Stella, 13, Hattie, 9, Finn, 8, and Beau, 4 — names hanging from the fireplace.

Spelling shined a spotlight on a second design, the “timeless traditional snowflakes,” in her second snap. Again, the actress held onto a stocking with her name on it while her kids’ colorful items hung below a garland-adorned mantel.

McDermott, 55, doesn’t appear to have a stocking in either photo.

Eagle-eyed fans were quick to comment on the Open Range actor’s absence, with one writing, “Where is Deans?”

Another user asked, “No hubby??” while a third fan pointed out that “Geez Dean doesn’t get a stocking, either?😂😂 #elephantintheroomagain,” referencing the family’s earlier holiday post that didn’t include McDermott.

One day prior, Spelling raised eyebrows when she shared her family’s holiday card, which featured all five kids, their farm animals and the BH90210 alum. McDermott again was not in the mix.

In fact, Spelling signed the card, “With Love, from our farm to your home! Xoxo, Tori & Family,” leading some fans to think they were broken up.

The sTORI Telling author, however, seemingly shut down split speculation on Monday, November 22, after one fan joked that McDermott “must be ‘working’ out of town” to have missed the annual Christmas photo.

While some fans couldn’t stop hinting at the possible trouble between Spelling and McDermott, other users complimented the actress for her creativity. One Instagram follower went as far as telling the other users to stop hounding the California native amid her alleged marital woes.

“If he wasn’t in the family Christmas picture why would his name be on a stocking??” the user commented on Tuesday. “Read between the lines. I’m sure she’ll discuss when/if she’s ready.”

Spelling’s two holiday posts come after she and McDermott sparked breakup speculation during the summer when they were spotted on separate occasions without their wedding rings.

The Unchartered TerriTORI author added fuel to the split rumors in June when she revealed that they weren’t sleeping in the same bed after her husband returned home from shooting a project overseas.

While McDermott shut down separation chatter in September while appearing on the “Feminine Warrior” podcast — noting that he lost his wedding ring while playing golf and Spelling simply forgot to put hers back on after washing her hands — his wife reignited the rumors the following month.

In October, Spelling was spotted outside an attorney’s office holding documents that read “assets,” “support” and “custody.”

The same month, a source exclusively told Us Weekly that the Troop Beverly Hills actress “wants a divorce” following a serious disagreement between the pair after McDermott “went missing” for two days. The insider noted that Spelling “feels trapped” in her marriage but has been sticking it out for the kids.

A second source told Us earlier this month that the twosome, who wed in 2006, “can’t stand to be around each other” and that “it’s gotten really bad” between them as of late.