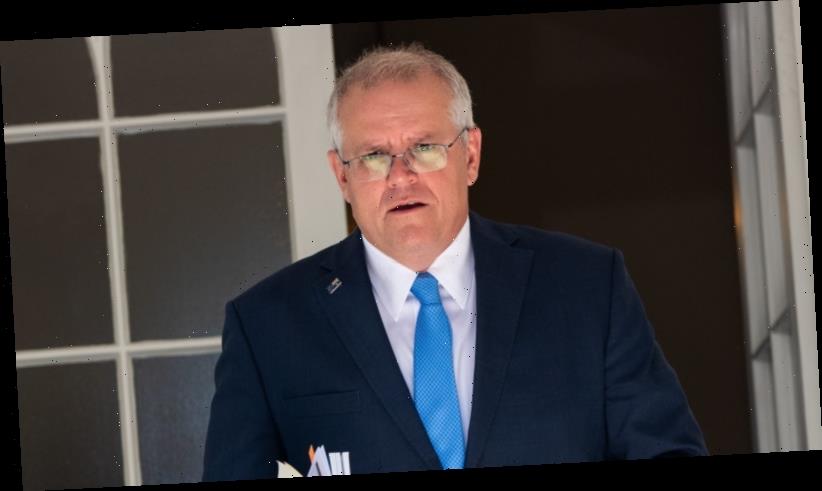 Federal MPs have warned each other against publicly fuelling a trial-by-media mentality over historical rape accusations levelled at unnamed colleagues amid fears an allegation against a cabinet minister could paralyse the Morrison government until it’s resolved.

Cabinet ministers say their accused colleague is entitled to the presumption of innocence after it was revealed last week the Australian Federal Police had been notified of an anonymous letter sent to Prime Minister Scott Morrison alleging a 1988 rape by a now-senior federal MP.

Treasurer Josh Frydenberg led a chorus of senior Coalition figures who said on Monday that the matter was in the hands of federal police who were the “best people” to deal with the allegation.

“We in Australia adhere to the rule of law. The rule of law means there is a presumption of innocence,” Mr Frydenberg said.

“We have been very concerned about the allegations and, of course, the stories that have come to light over recent weeks.”

Federal Minister for Women, Marise Payne, said it was a “very, very difficult set of circumstances” but all legal processes needed to take their course.

“We should operate according to the rule of law in this country because the alternative doesn’t, frankly, bear thinking about, and that is one of the tenets of our democratic principles upon which we must and do rely,” she told Sydney radio station 2GB.

“I understand that the decision to go to police in such circumstances is a very difficult one for anyone to make. That is not actually the end of the story, it’s often the beginning of another very traumatic process.”

AFP Commissioner Reece Kershaw wrote to parliamentarians last week warning MPs of the risks of failing to report crimes. He stressed the importance of timely referrals of allegations of criminal conduct.

“Failure to report alleged criminal behaviour in this manner, or choosing to communicate or disseminate allegations via other means, such as through the media or third parties, risks prejudicing any subsequent police investigation,” he wrote.

Liberal senator Sarah Henderson tweeted scant details of a complaint she had referred to police on Sunday evening regarding a historical case against an unnamed Labor MP. The allegations had previously been investigated by Victoria Police, which dropped the case because it said there was no reasonable prospect of conviction.

Her actions infuriated several Liberal colleagues who, speaking on the condition of anonymity, said her behaviour risked invoking a political tit-for-tat battle between major parties and trivialising any serious allegations.

This masthead can reveal Senator Henderson informed Mr Morrison’s office prior to her making a short statement via Twitter and used the precedent of Labor senator Penny Wong’s extensive statement on Saturday as a reason for publicly disclosing her referral.

Financial Services Minister Jane Hume warned on Sky News Australia on Monday that sexual assault complaints should not be “weaponised and politicised” because they could prejudice any police investigation.

Veterans Affairs Minister Darren Chester said sexual violence against women was a major problem the country needed to deal with but said any investigation needed to take its course.

“Otherwise we do lend ourselves to a dangerous path where people make outrageous allegations about others in the community and force them to stand aside from their jobs with quite vexatious claims,” Mr Chester said.

But Greens senator Sarah Hanson-Young, who last week received an anonymous letter detailing the accusations towards the federal minister, left open the possibility of detailing the complaint in parliament.

“While the accused man remains there, is refusing to step aside, we just don’t know how seriously this government is going to take this case,” she said.

She told ABC radio she would prefer Mr Morrison to stand the minister down before parliament resumed.

Veteran Labor MP Brendan O’Connor, a former justice minister, said it was not for politicians nor the media to determine the guilt of others.

“Politicians have no place in determining whether a person should be charged with a crime, nor should they.”

He said it was ultimately up to the director of public prosecutions at either a federal and state level to determine the merit of any allegations.

“And that’s how it should always be in a democracy. The politicians should be at arms-length away from such matters.”

As Rivals Boom and Bust, the Royals Just Want to Get Better