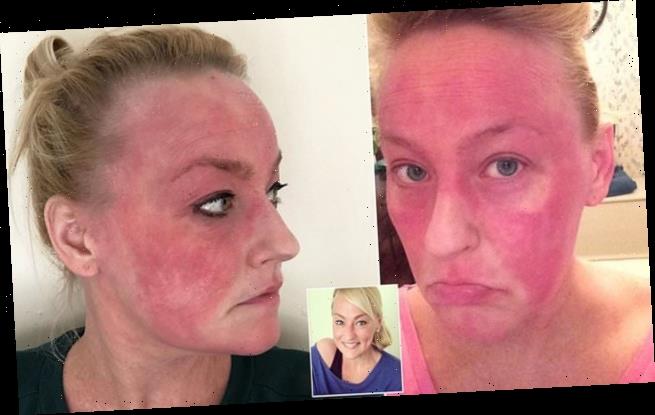 Mother with painful red eczema healed herself with a vegan diet

Professional dancer who claims she was rejected at auditions because of ‘oozing’, painful eczema says going vegan has helped heal her skin – and seen her lose 3st

A former professional dancer whose painful red eczema was so bad she was turned down for jobs gave up steroid creams and healed herself naturally through a vegan diet, she has claimed.

Misty Rowe-Elliot, 42, from Doncaster, has suffered with eczema for most of her life.

At times her eczema flares were so severe that she would decline social invitations and avoid going out. She also stopped eating certain foods like milk, cheese, shellfish and nuts to prevent further itchy flare-ups.

Misty, a mother-of-two, says she was dismissed at job auditions because of the condition of her skin. 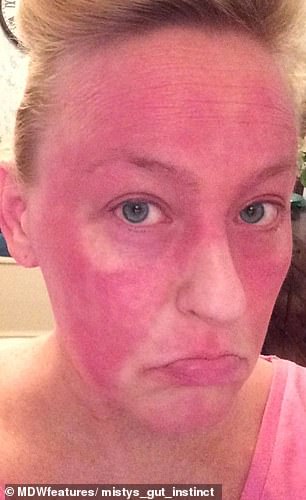 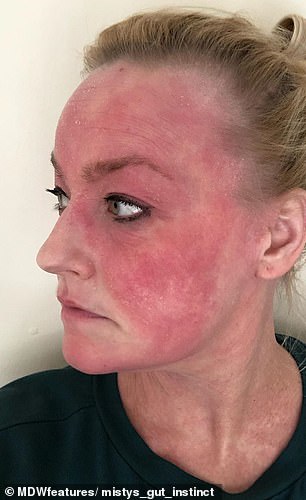 Misty Rowe-Elliot, 42, from Doncaster, UK, suffered from painful red eczema for most of her life before changing to a vegan diet and healing her skin naturally 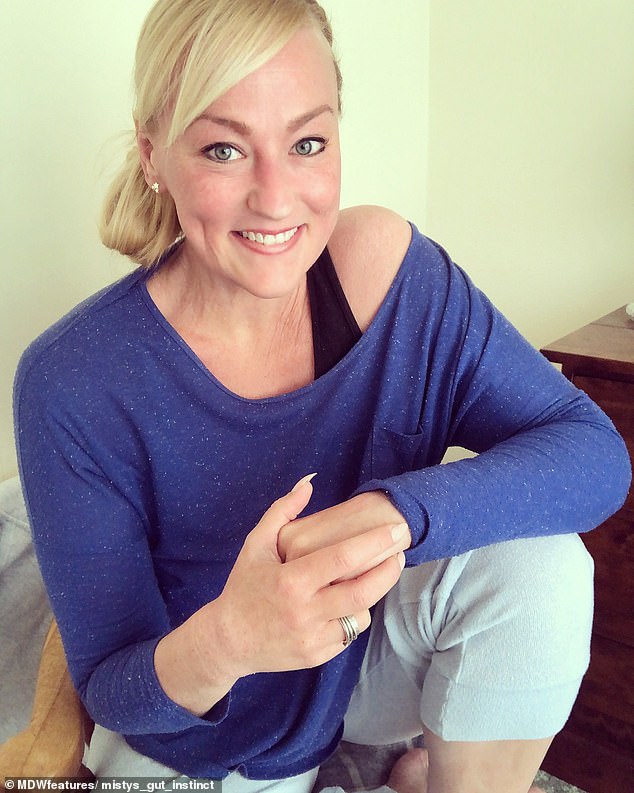 Before making the changes to her lifestyle, the mother-of-two was turned down for jobs because of her skin and would often avoid social situations or leaving the house. Now, she says focusing on gut health and becoming vegan has transformed her skin (pictured recently)

Whenever Misty sought medical help for her skin, she was prescribed stronger and stronger steroid creams to treat her eczema which would appear to clear her skin for a period of time before it came back angrier than ever.

In addition to creams and ointments prescribed by her GP, Misty tried elimination, dairy-free and gluten-free diets, Chinese herbal medicines, light therapy, all with mixed success to try and rid herself of eczema.

When Misty’s husband, Tom, 35, asked her to marry him in 2012, she decided to stop using creams for as long as she could before her wedding day so that she could use them again just before the day and have beautiful, clear skin.

For around 18 months Misty had painful, red, hot skin which oozed and broke, and she felt generally unwell.

By the time her wedding day came around in July 2014, Misty still had red skin so she decided to use the medicated creams again and her skin appeared to be fixed for her special day.

Little did she know that the inflammation she went through after ditching the creams was her body going through topical steroid withdrawal (TSW), a condition where the skin reacts adversely after long-term use of topical steroid creams is stopped. 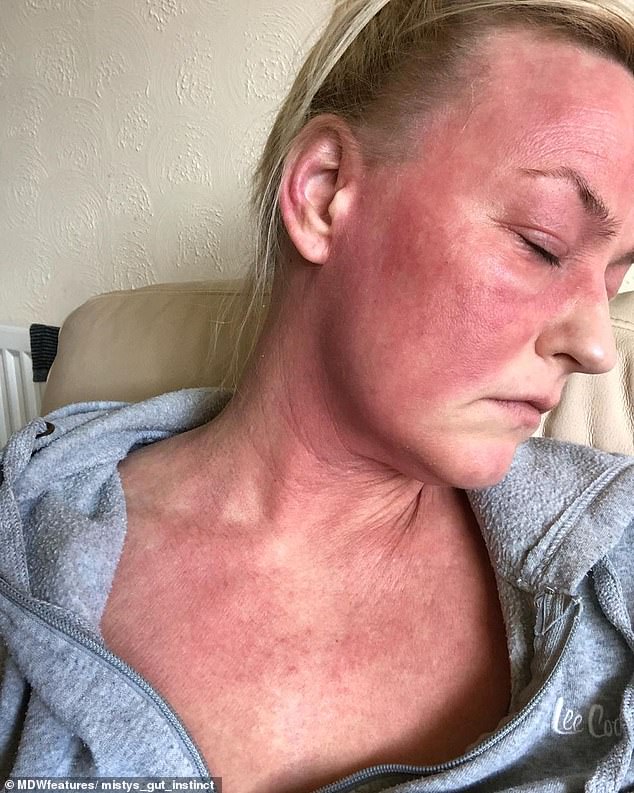 After coming off the steroid creams, Misty went through topical steroid withdrawal (TSW), something she later learned about 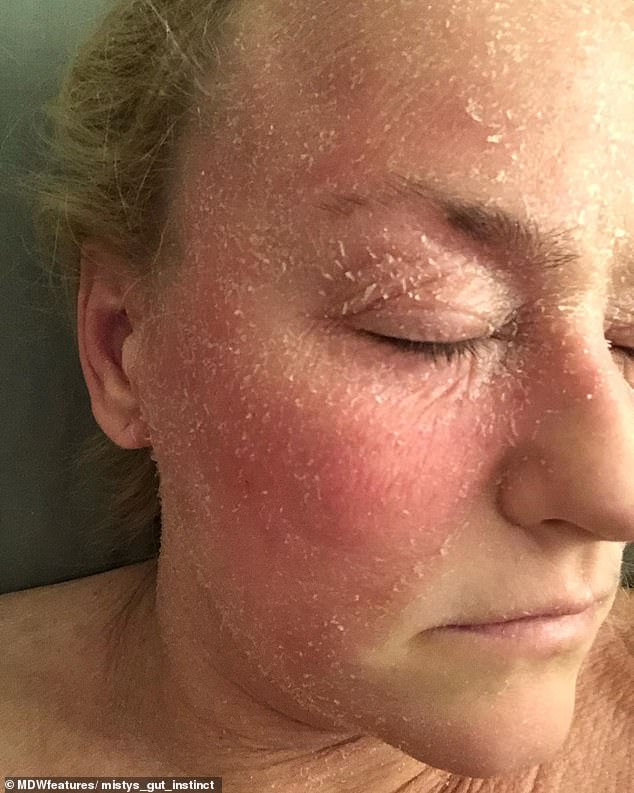 She ditched the steroid creams in the run up to her wedding as she wanted to ensure her skin was as clear as possible for her big day. As a result the TSW she was going through left her skin dry and flaky

After the wedding, Misty researched TSW and the importance of gut health and committed herself to healing her skin naturally, without medication.

‘In 2012 when my fella asked me to marry him I made a decision to go as long as I could without using them before the wedding. My reasoning was so that when I wanted to use them for the big day they’d be more effective and I’d look lovely.

‘Well, what happened was horrendous. I was one big red, sore, weepy mess for months on end.

‘I felt so poorly, often shivering cold, but my skin would burn so much that people from quite a distance away could feel the heat off of me.

‘I stuck it out and was doing so well but I still had red skin and wanted it gone for the big day so in the weeks leading up to my hen do and wedding I used the steroids again, it worked and my skin was fine for the big day.

‘After the wedding I started looking into why my body had reacted so badly I started to find other stories so very similar to mine. I suddenly felt fired up to sort myself out once and for all, and to also try to spread the word. 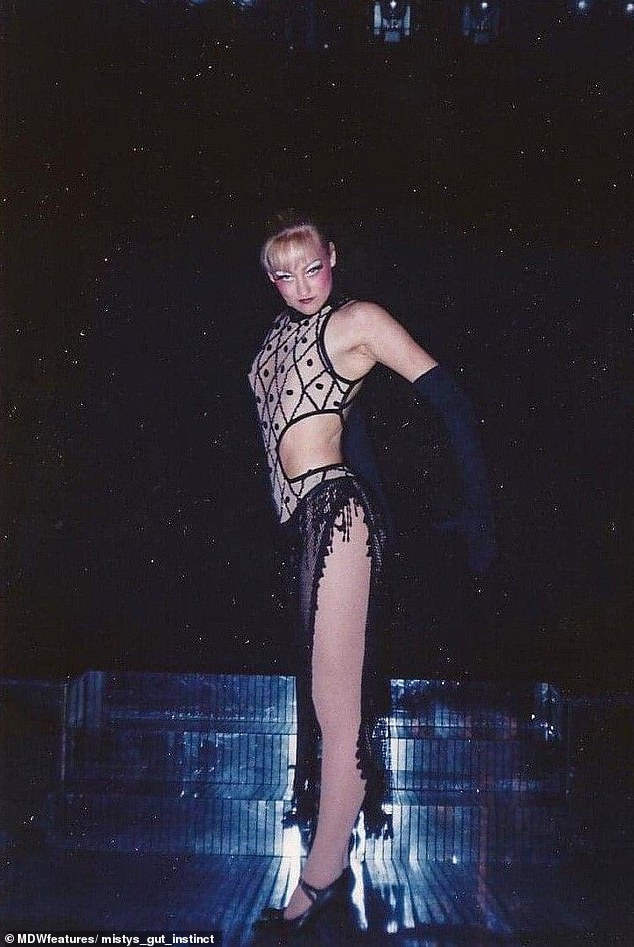 The mother, who used to be a professional dancer, was turned down at job auditions because of her eczema and as her skin got worse doctors would simply increase the strength of her creams 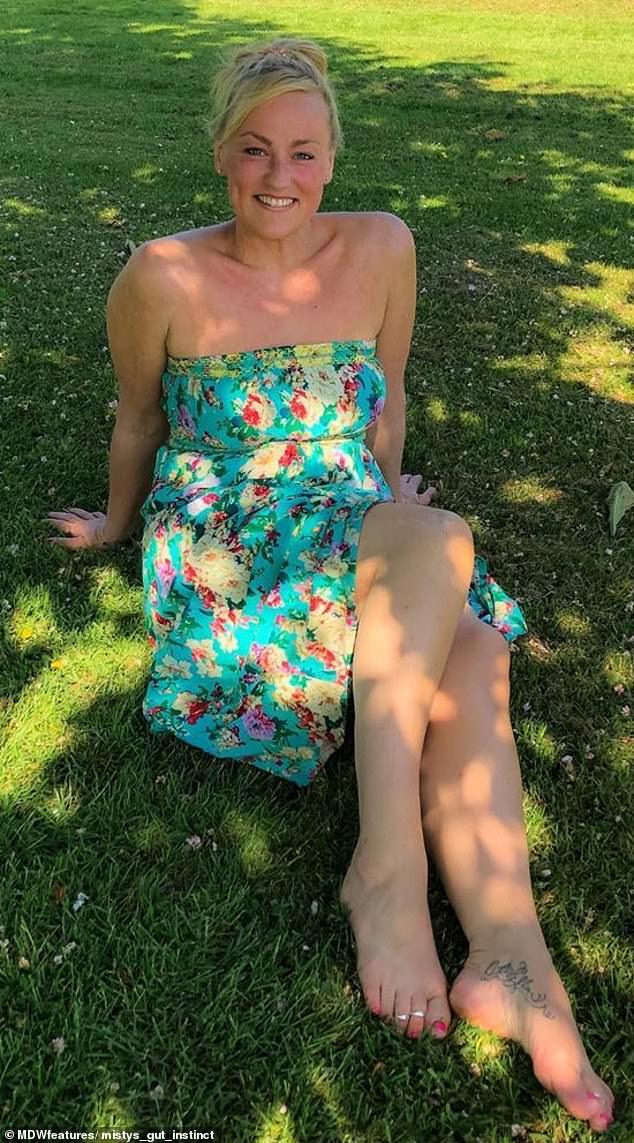 ‘Alongside looking into gut health I also stopped using the steroids altogether and have also, since lockdown, gone through moisture withdrawal too to allow my skin to finally to do what it should.

Now she eats a mainly plant based diet and prioritises sleep and self-care and she is confident in her own skin and hopes that by sharing her story, she can inspire others.

‘I have had the most wonderful upbringing and have always been a happy soul but in later years I’ve realised how much my skin has shaped my whole life,’ she said.

‘I’ve always had to avoid eating this or not use that product or say no to going to places all because of my skin.

‘At times of flares I’d avoid going anywhere and would internally say the meanest things to myself. I just thought I was downright ugly. My self-esteem was often very low.

‘It also didn’t help in my dance career, I was dismissed for jobs based upon my skin, I was even told I was by far the best in the room at one audition but their concern for my skin still made them give me a ‘no thank you’ – the decision was made for me. It was heart-breaking. 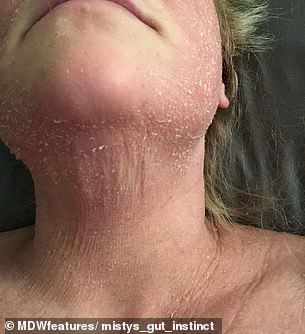 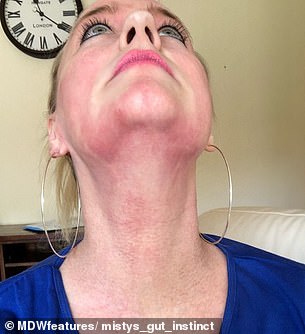 After the wedding, Misty researched TSW and the importance of gut health and committed herself to healing her skin naturally, without medication. She has been sharing her battle with TSW with her followers on Instagram

‘The pain and incessant itching is honestly mentally and physically draining. I don’t even know how to explain it to someone who hasn’t experienced it.

‘Steroid creams did for many years suppress my eczema but as time went on, I needed more and more which were stronger and stronger.

‘My mum always hated me using them since I was little and her gut always told her it wasn’t the answer but what was she to do when that was the professional’s opinion.

‘I discovered TSW by accident for myself and at the time had no clue it had a name or that so many others were going through it too.

‘Like my mum, I always felt steroids weren’t the answer but couldn’t ‘get off them’ – I kept going back.

‘I’ve become a gut health geek. Ever since I heard the wonderful Liz Earle talking about gut health on This Morning that was it.

‘I ordered her book and researched as much as I could about it. I still spend so much time learning about it even now.

Misty’s family is now predominantly plant based and she has set an Instagram page to share everything she has learned about gut health with others. 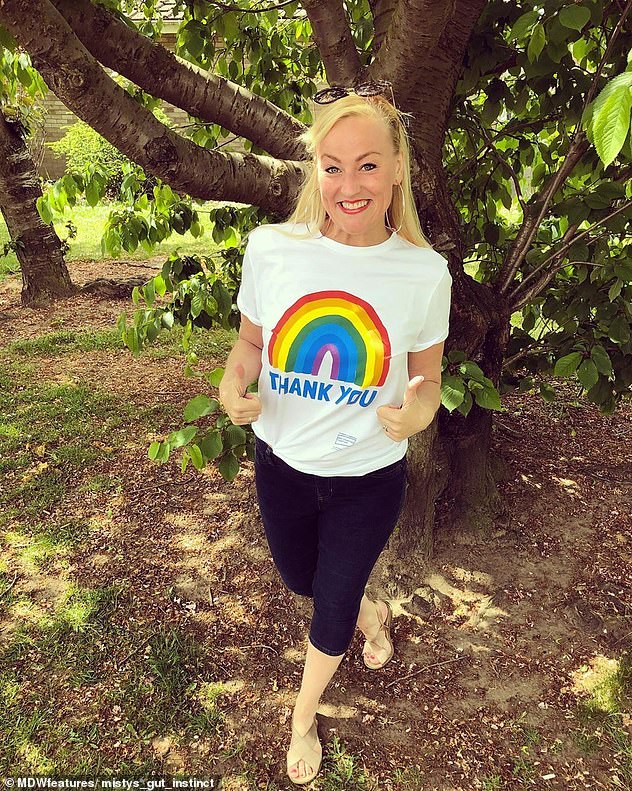 Misty, who calls herself a ‘gut geek’, said her mother was reluctant to give her daughter skin creams as a child but followed the medical professional advice

Misty’s husband has supported her through the dark moments and she is thankful for having been able to transform her skin although she says her healing is still in process.

As well as healing her skin, Misty has also lost 3st 7lb going from 14st 4lb to 10st 11lb since making the switch to plant based in February 2019.

‘Firstly, I want people to know they are never alone, the TSW community is so amazing and supportive,’ she continued.

‘The second and most important thing I am so passionate about is the fact that, in time, we can heal, we can thrive again and we can be thankful for our skin one day for bringing us health.

‘Yes, it’s a tough journey but my goodness I promise you it’s worth it.

‘For the first time in my adult life I honestly feel like me. I’ve lost the three-and-a-half stone. My other underlying health issues like bloating, numbness in my arms, terrible period pains have all gone.

‘My energy levels are great, my moods are genuinely positive and not just a front. I feel like I am able to be the best mummy I can be and am proudly passing on all my good habits to the little ones.

‘I don’t ever question going out anywhere because of how I look anymore, it’s not necessarily because my skin is perfect it’s more to do with my mental health, I’m kinder to myself.

‘I truly know now that my skin does not define me, eczema and TSW doesn’t equal Misty.’