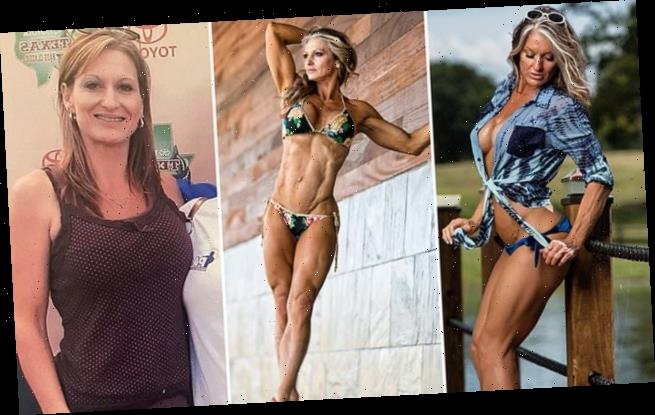 Ripped mother-of-three, 52, who is flooded with compliments about her ageless looks reveals she achieved a better physique than most 20 year olds by taking up BODYBUILDING

A mother who says she is in better shape at 52 than she ever has been says that she is flooded with messages from both men and women asking how she maintains such youthful looks.

Certified fitness trainer and healthy lifestyle and nutrition coach, Lori Vick, 52, from Mineola, Texas, has always been naturally athletic and a keen runner, running seven marathons and countless half marathons between 2010 and 2014.

Lori, who is mom to three children, Lexi, 25, Logan, 19, and Lawson, 17, has been a fitness trainer for more than 30 years, however, in 2014 she fancied a change and decided to give competitive bodybuilding a try as she was interested to find out how switching up her diet and training could sculpt her physique.

Transformed: Mother-of-three Lori Vick has revealed how she completely transformed her figure to get in better shape at 52 (right) than she ever was in her 20s and 30s (left) 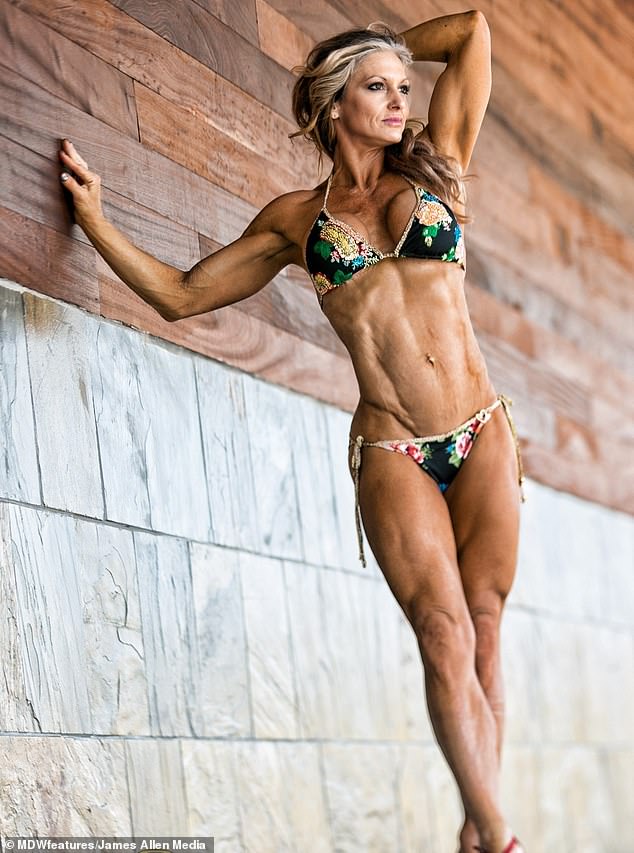 Impressive: The 52-year-old Texas native says she is regularly inundated with social media messages from both men and women asking her for her secrets 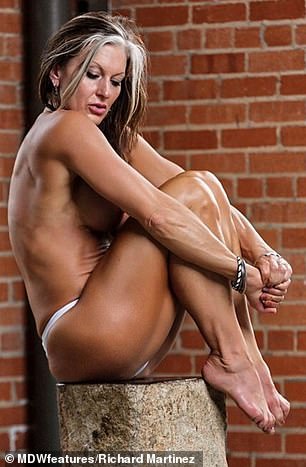 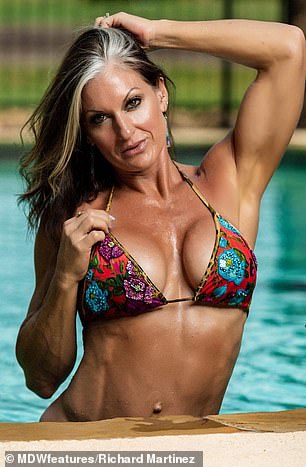 Changes: Lori has been a fitness trainer for more than 30 years so she has always been in shape, but in 2014 she took up bodybuilding which has completely changed her body 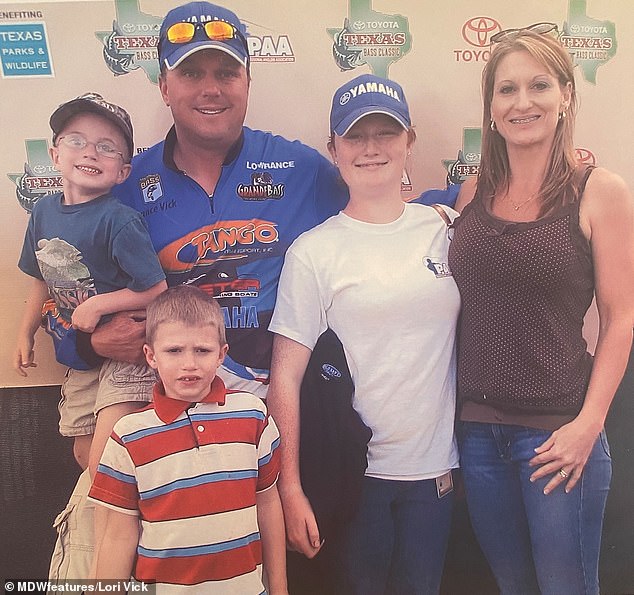 Family first: The proud mom, pictured with her family before her transformation, wanted to change up her workout routine when she took up bodybuilding

Since then, Lori has competed in several bodybuilding competitions at a national level, placing first and second over the years. Lori’s incredible figure means that she has become a fitness bikini model and takes part in regular photoshoots showcasing her enviable physique and hard work – her goal is to still be bikini modelling when she is 60.

Lori’s incredible figure is the result of years of consistency and hard work which sees her train between five to six days a week which she fuels through eating ‘super clean’ which means Lori never eats fast food, or foods with chemicals in them, she eats gluten free and an 80 per cent plant based diet.

Despite being in the shape of her life at 52 and having people mistake her for being decades younger than she is, Lori, who believes that it is never too late for someone to reinvent themselves, says she will never take her health and fitness for granted.

‘What has worked for me over a lifetime of fitness has been the three Ds – discipline, determination and dedication,’ said Lori.

‘I have a lot of self-discipline when it comes to my own fitness. I am very determined in everything I do, if I set my mind on something I go “all in”.

‘I have had a strong calling from within to be dedicated to a thing – fitness – that has always given more than it has taken from me. It is for this reason I have always chosen to never give up.

‘I truly love everything about fitness, but if I had to choose [one thing I love the most] I’d say I love the idea of constant change if we are willing to do what it takes to achieve it.

‘Fitness gives me a daily pattern for my life, every single day, even when times are difficult, I still know I can rely on fitness in my life.

‘I have always been very naturally athletic so it [fitness] came much easier to me than most. As I have gotten older it is no longer ‘easier’ for me.

‘I have fought and overcome much – as most humans have at this age – and I believe it is a good thing too because it is for this reason I am so grateful for every single aspect of my health and fitness and performance as an athlete at 52.

‘I am very confident now, but I consider myself humble in a healthy way so I take not one single day for granted, every time I am able to go out for a run with the sun shining on my face I am grateful.

‘So my initial goal when I began bodybuilding was always to become a fitness model. I absolutely love modelling.

‘I love choosing outfits and shoes and making amazing images. When I’m shooting photos I forget anything else exists for that brief time. I also love that modelling has really helped me connect with myself.

‘I have really made an effort to create photos in several physique styles, some are immediately following or preceding a competition, but many photoshoots I have done are just me in my “walk-around” physique.

‘This helps me be more accepting of and celebrate myself wherever I am in my process.

‘It helps me share with my clients and followers how I actually live whereas competition photos are not a lifestyle captured but rather just a moment that won’t really be recreated again unless and until there is another competition. I would love to do bikini modelling at age 60.’

Lori is an all-natural athlete and has never used steroids to achieve her physique.

A typical day of training for Lori when she is at her peak consists of an early morning fasted cardio run of up to seven miles, followed by a protein rich meal and an hour of weight lifting, followed by further cardio either on her road bike or on a StairMaster machine or treadmill.

Lori’s sensational modelling pictures garner a lot of attention on social media and she is frequently inundated with messages from men and women complimenting her on her figure and asking her for tips on how they can achieve similar results, the secret to which she says is in her diet.

‘I would say super clean, and I mean super clean eating is everything at age 52 to maintaining the physique I have,’ she said. 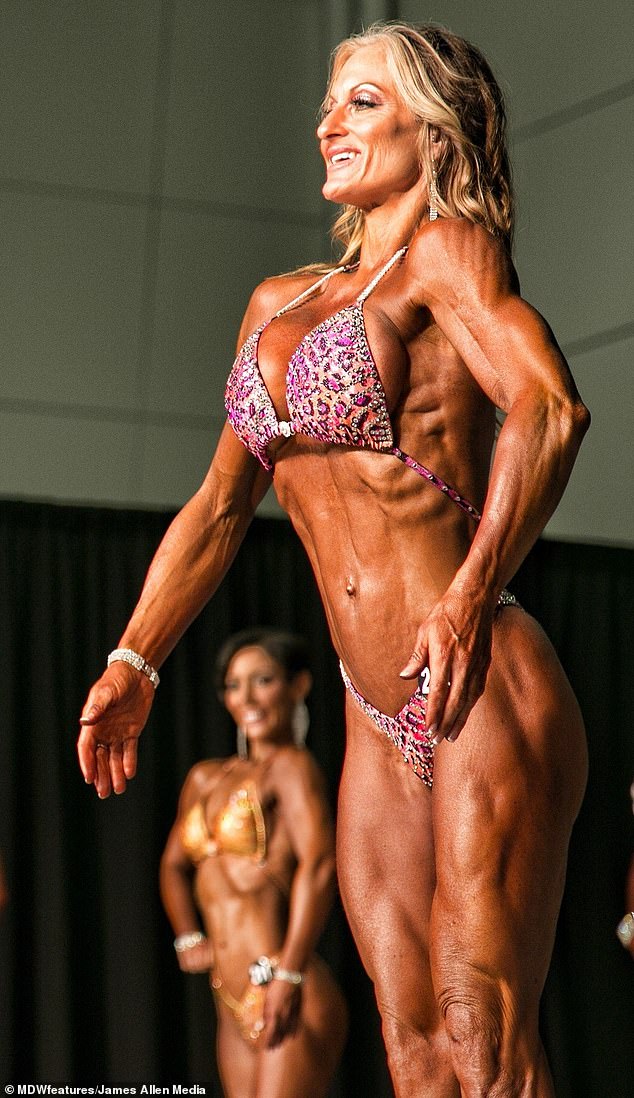 Strict: The bodybuilding pro, pictured at a competition, doesn’t eat any fast food, and she maintains a gluten-free diet, while also ensuring that 80 per cent of her meals are plant-based 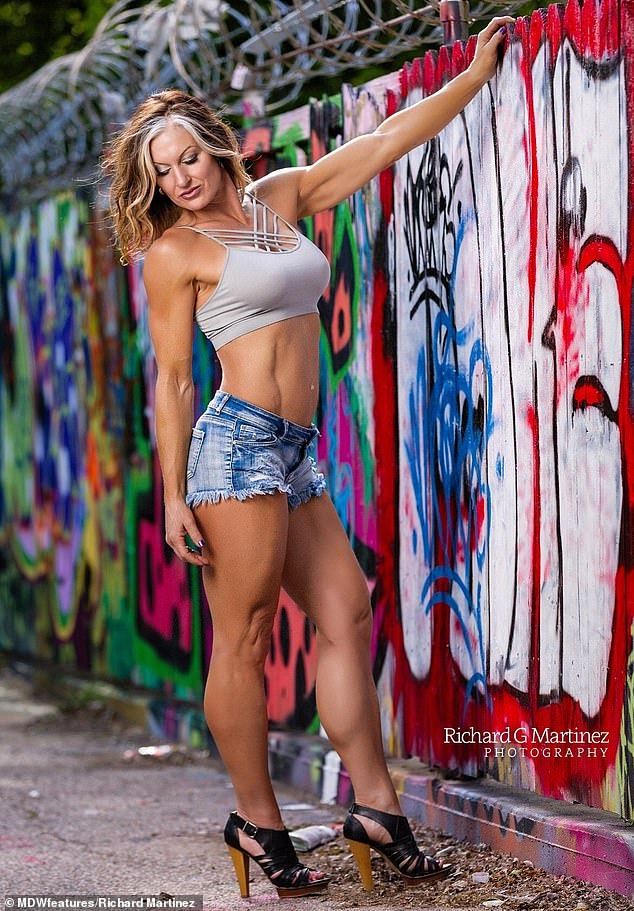 Special: ‘I never eat like the majority of the people. Eating “regular” food simply does not serve me well,’ she said 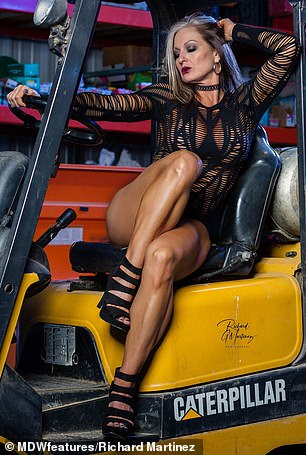 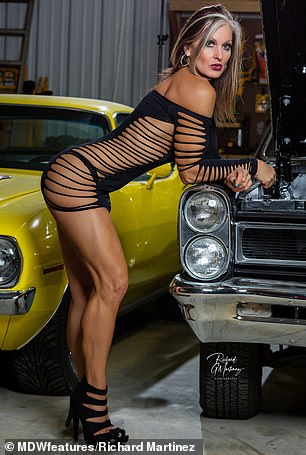 Strike a pose: Lori began bodybuilding with the aim of changing her body – and also in order to open doors to the modeling industry 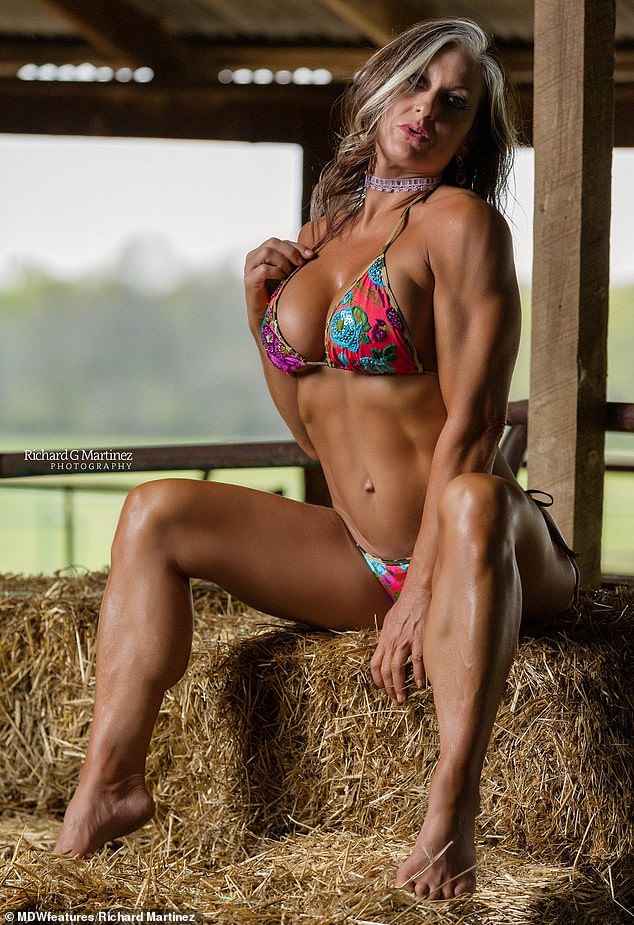 Work it: She says she loves every aspect of modeling, from picking out clothes and shoes to posing in front of the camera 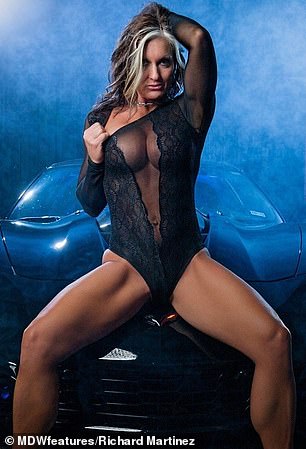 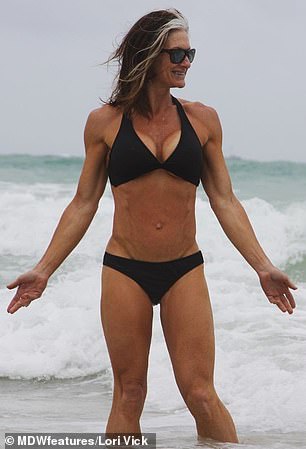 Rigorous: A typical morning for Lori consists of an early morning fasted cardio run of up to seven miles, followed by a protein rich meal and an hour of weight lifting

‘I never eat like the majority of the people. Eating “regular” food simply does not serve me well either in performing the way I choose to or in looking the way I want to.

‘Showing discipline when I eat. Although I eat super clean it is still possible to eat too much clean food.

‘It is required after all that I eat a certain amount of calories – and not more than that – in order to maintain a certain level of lean mass. It is a balancing act between eating to perform and eating to stay lean. I am always looking to improve.

‘I find most of the messages I receive are positive and complimentary, not inappropriate. I try to handle each one on a case by case basis, but I really try to respond or at least acknowledge each message I receive.

‘I appreciate the people who follow my journey and take the time to reach out to me.

‘For the most part people are intrigued that I am 52 thinking I am younger. But I will say that at age 52 it requires a lot more self-care than at younger ages so it is a constant effort to maintain a healthy appearance.’

Finally, Lori shared her words of advice to others.

‘I offer remote nutrition and fitness coaching so I would say people should contact me and I can help them reach their goals,’ she said.

‘We can accomplish a lot in just 30 days. As far as someone who wants to reinvent themselves in their fifties, I’d say wholeheartedly to go for it.

‘We should be reinventing on some level until we’re done living. We definitely all have to go out sometime, but I for one am certainly not going down without a fight.’

CategoryLifestyle
TagsA b better has Mother-of-three