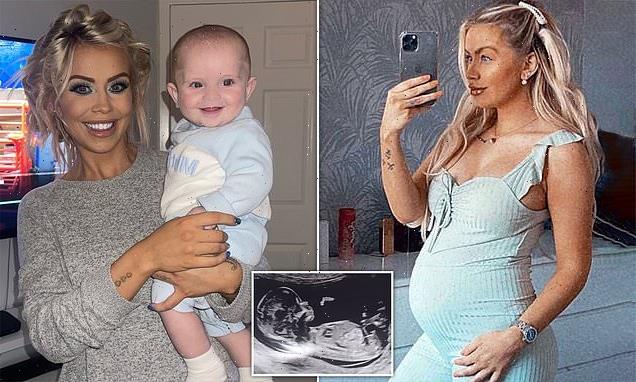 Mother-of-one, 28, welcomes miracle baby boy after being told aged 23 she was infertile and in the early stages of menopause

A Scottish woman has welcomed a miracle baby after being told she was infertile and in the early stages of menopause at the age of 23.

Chelsea Bannatyne, now 28, from Glasgow, was told the devastating news that she was infertile and in the early stages of menopause in her early twenties.

She said doctors were baffled when they discovered she had fallen pregnant naturally as they thought it was impossible for her.

She welcomed her miracle baby boy, Layke, in June last year, revealing it was a total surprise for Chelsea, and her partner Gary Kerr, 24. 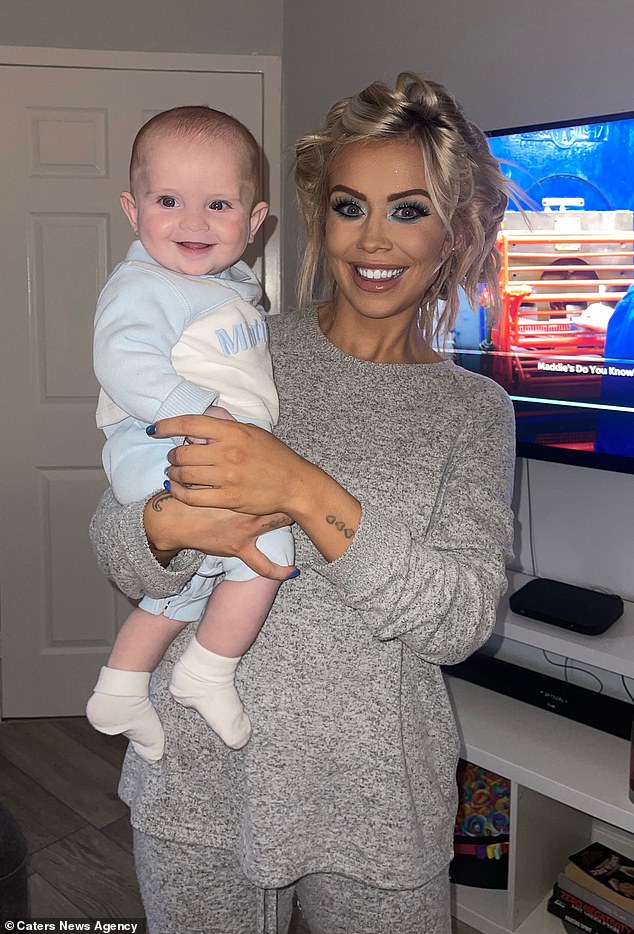 Chelsea Bannatyne, now 28, from Glasgow, Scotland, welcomed her miracle baby boy, Layke, in June last year, after defying the odds and falling pregnant naturally after being told she was infertile when she was 23 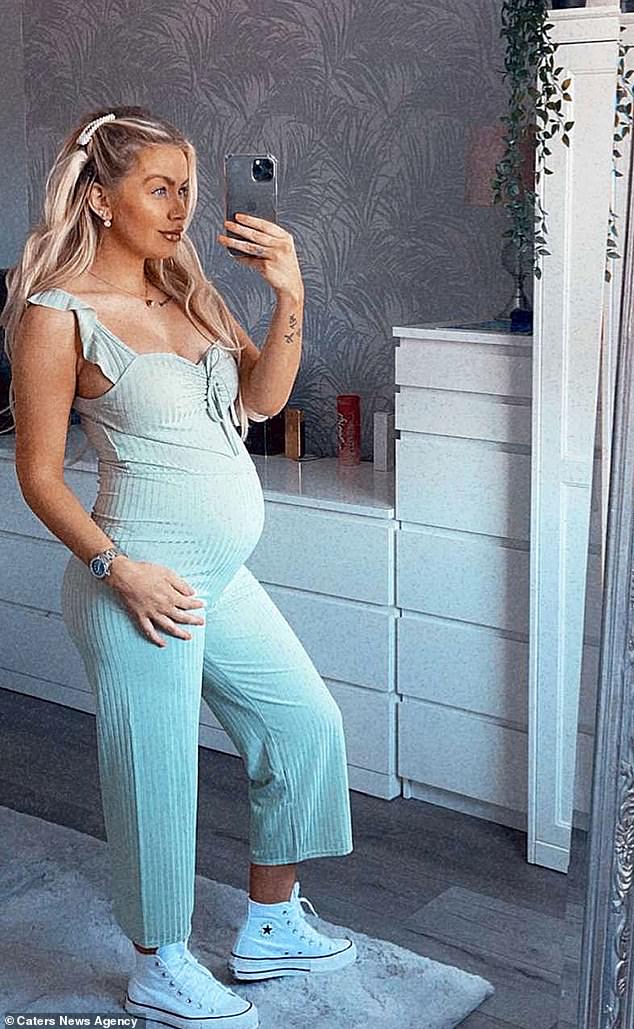 The lash technician, pictured during her pregnancy, was told aged 23 she was infertile when she began taking HRT for her menopause-like symptoms

Chelsea, an eyelash technician, added: ‘When I found out I was infertile I was in a really bad place.

‘My heart ached for the future. I felt like I lost my purpose as a woman, and I didn’t know how anyone would want to be with someone that wouldn’t be able to give them a family.

‘I’d given up all hope. So I couldn’t believe my eyes when I saw the two lines on the positive pregnancy test.

‘When I was in my early twenties, I was having irregular periods and started to feel really anxious. 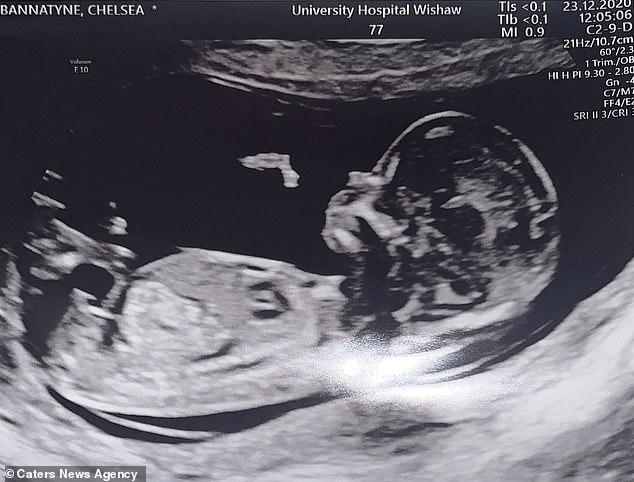 ‘It was like my body was telling me that something wasn’t right.

‘I was having a chat with my friends who had easily fallen pregnant with their partners after forgetting their pill or even while on contraception.

‘I could think of loads of times when I’d forgotten my pill, but I’d never fallen pregnant.

‘It suddenly dawned on me how easy it was for my friends to get pregnant. 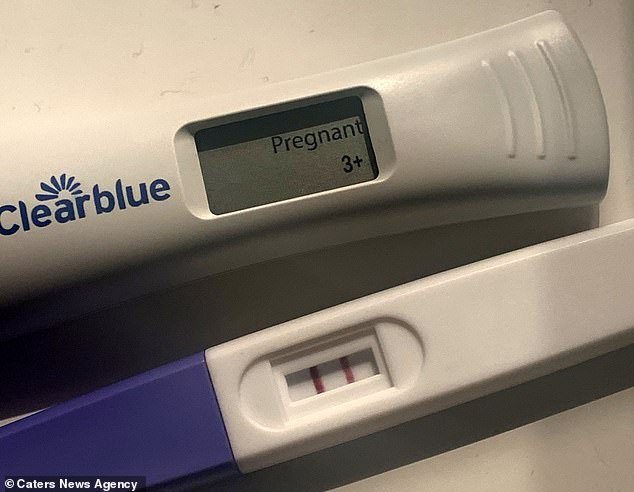 In her early 20s, after being told she could not conceive a baby of her own, Chelsea said she become obsessed with becoming pregnant 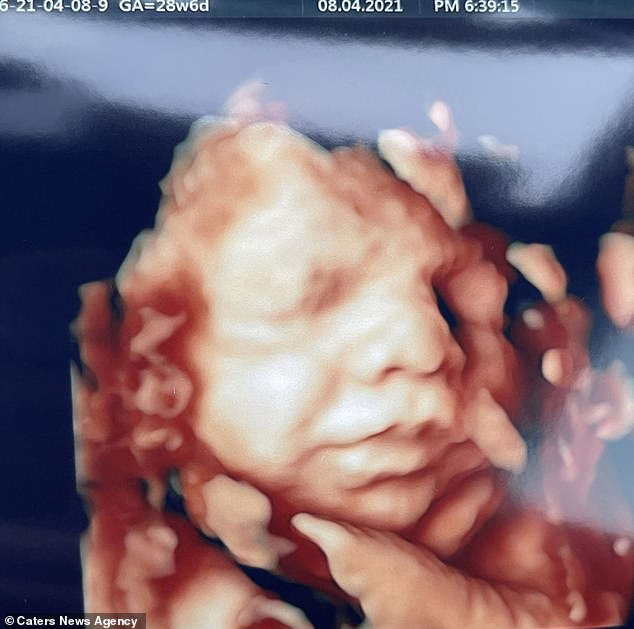 A 3D rendering of Layke’s scan during Chelsea’s 2021 pregnancy. She welcomed her baby boy in June last year

Early menopause: How a woman’s ovaries can stop working prematurely – bringing on symptoms which most experience in their middle-age

Most women will go through menopause after 45, mainly in their 50s.

But some women might experience irregular periods before then, which is called Early Menopause.

This can be triggered naturally if the woman’s ovaries stop working prematurely.

Cancer treatment such as chemotherapy can also lead women to premature ovarian failure.

The symptoms of early menopause are the same as the ones women experience when it settles in their 40s and 50s.

‘I hadn’t been trying for a baby, but it was playing on my mind so I went to the doctors.’

Chelsea underwent multiple checks to get to the bottom of the problem, but the results were inconclusive.

She was referred to a fertility specialist, where her results revealed her fears.

The mother-of-one said: ‘The fact that I was told I couldn’t have kids just made me want to be a mum even more. 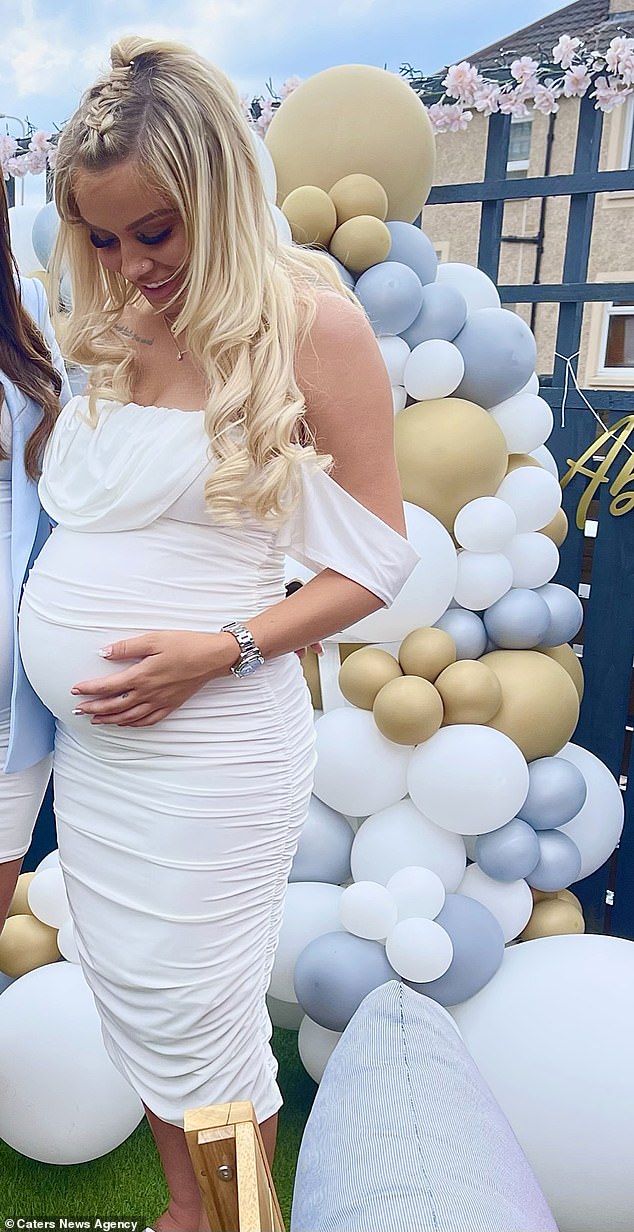 Chelsea during her baby shower with Layke in Spring 2021. She revealed Gary and her were so shocked by her positive pregnancy test, they did not speak to each other for 48 hours 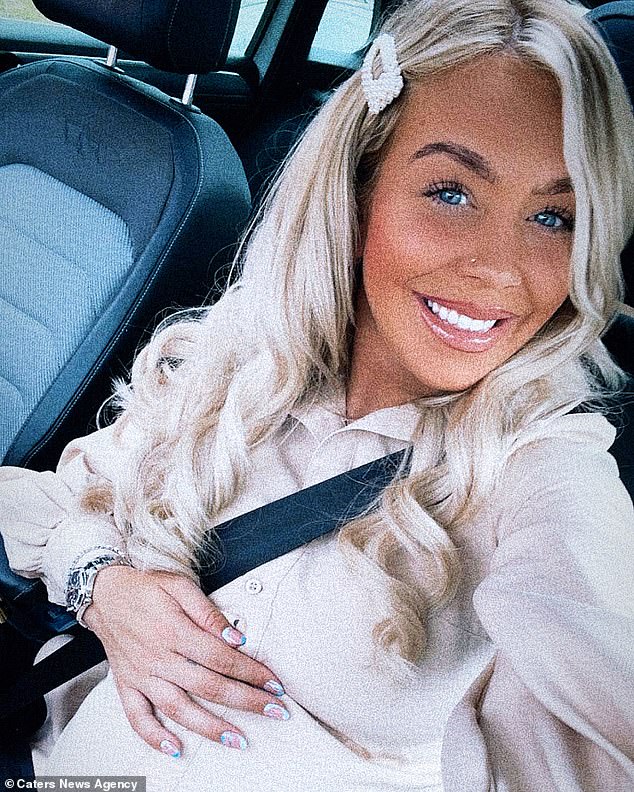 Chelsea during her pregnancy last year. Doctors told her her menopausal symptoms would come and go, which means she doesn’t know if her pregnancy was a one off

Before falling pregnant, the mother-of-one said she had given up on the idea of having a baby (pictured left and right)

‘I had low oestrogen levels, so I was on HRT.

‘I became obsessed with trying to fall pregnant, I was taking all sorts of tablets from shops that were supposed to help you fall pregnant.

‘I was fixated with taking pregnancy tests to check if I was successful, but they were negative every time. 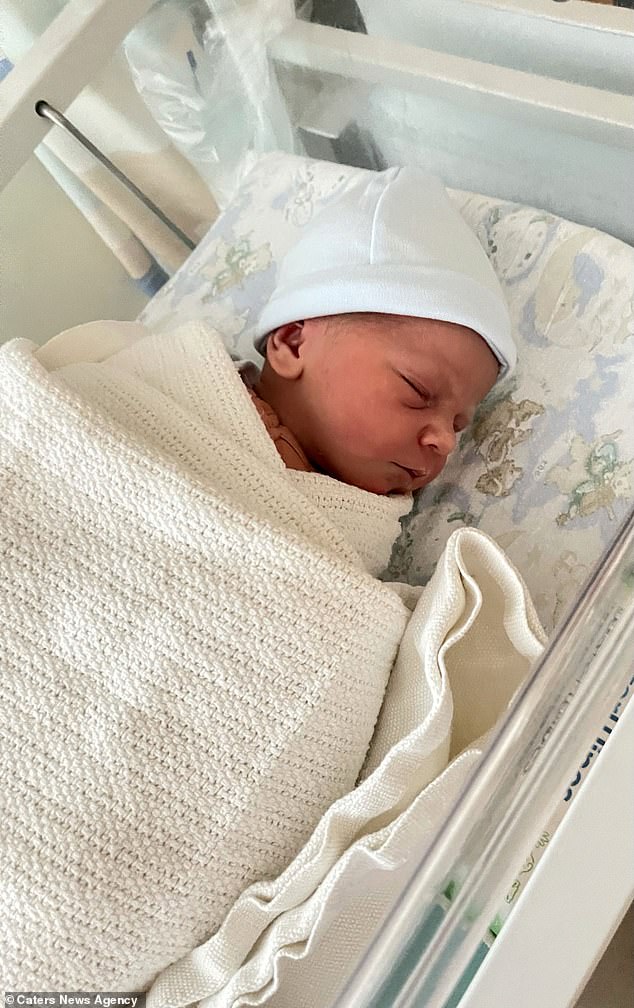 Pictured: Layke in his cot in hospital after coming into his parents’ life as a total surprise last year

‘And I was due to start IVF treatment until I broke up with my boyfriend at the time.

‘During the lockdown of summer 2020, I’d completely given up. I decided to stop thinking about it for a while and enjoy my life.

‘I was still young, so I decided I would focus on travelling and making amazing memories.’

She continued: ‘I met my partner, Gary, and I told him straight away about my struggles.

‘We weren’t using any contraception as I thought I couldn’t fall pregnant.’ 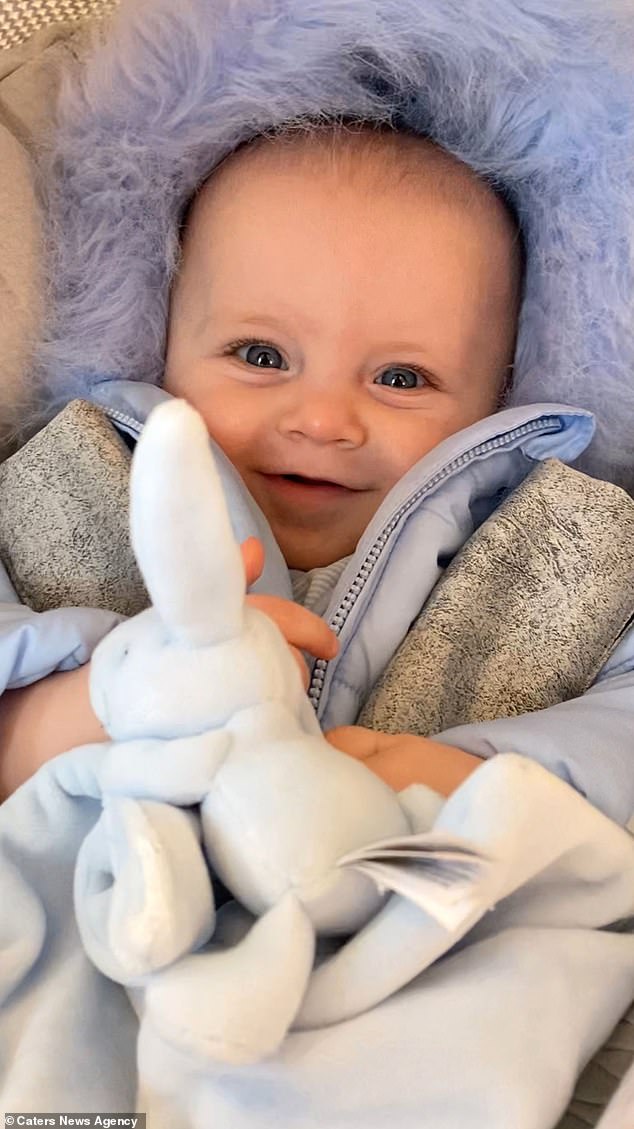 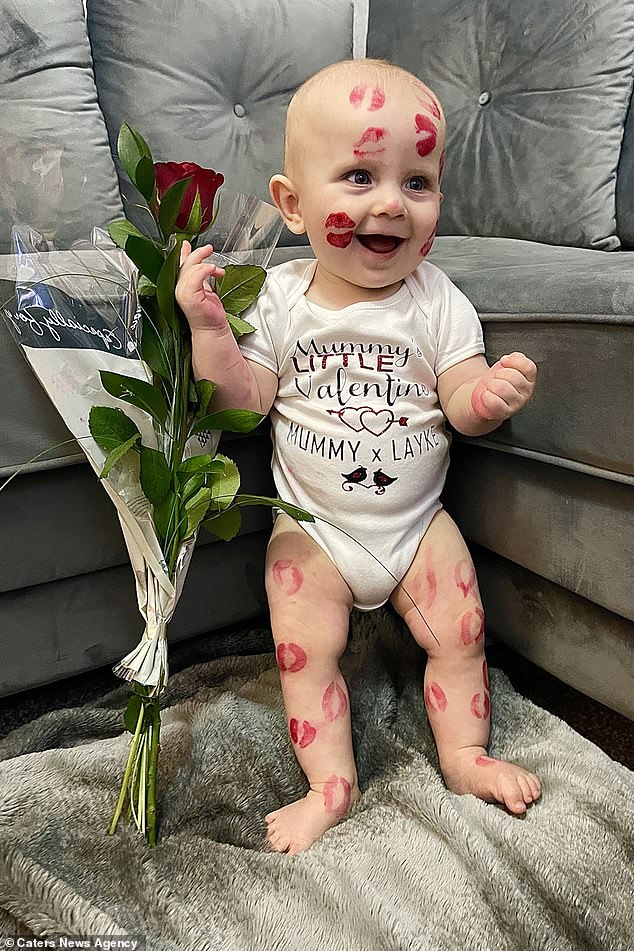 Covered in lipstick for his first Valentine’s Day! Chelsea said Lake is ‘an amazing baby’ and revealed he has ‘such a great little character’

On Halloween 2020 and after being together for around five months, Chelsea explained feeling an urge to avoid alcohol.

She had a pregnancy test at home and couldn’t resist the temptation of taking it.

Chelsea said: ‘I have no idea why I took that test. I just had a weird feeling inside of me.

‘I didn’t tell Gary I was doing it because I wasn’t expecting it to be positive. He was downstairs watching television while I was in the bathroom. 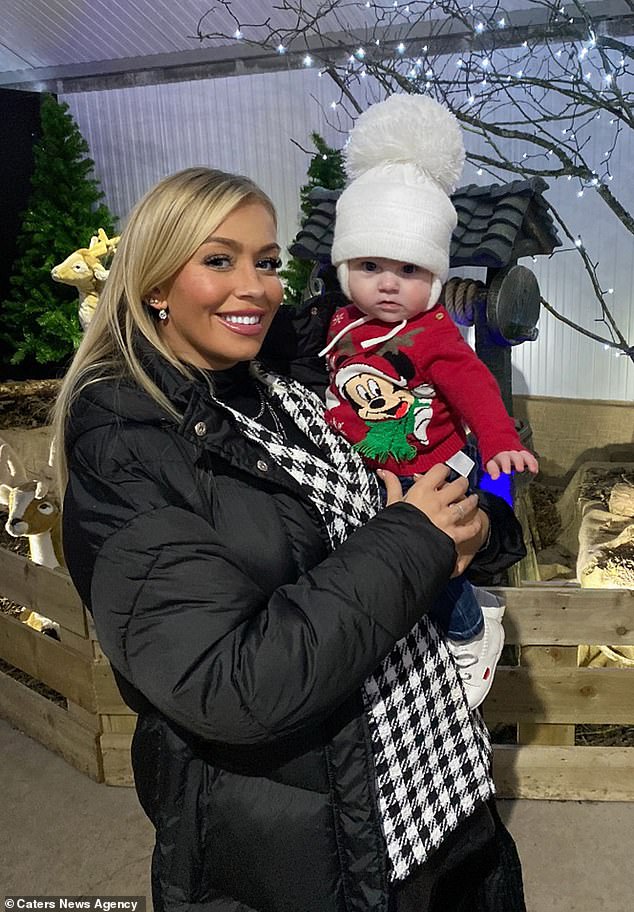 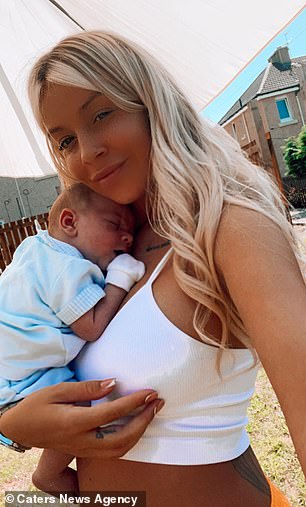 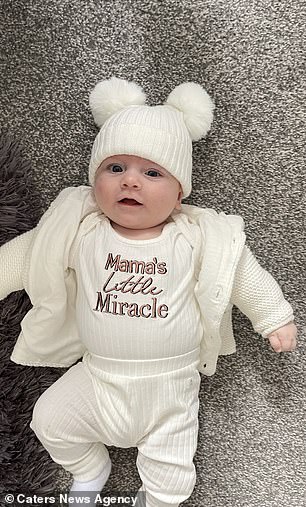 Pictured with Layke shortly after his birth last year. The mother-of-one sad Chelsea said Layke is her miracle baby

‘When it came back positive I burst into tears. I was crying so much that it actually made me vomit.

‘Gary came up to check on me as we were supposed to be going to the cinema, and my make-up was streaming down my face from the tears.

‘His face went grey as the colour drained from his face when I told him.

‘We were both in total shock. I didn’t believe it was real until I saw the baby on the screen and heard the heartbeat.’ 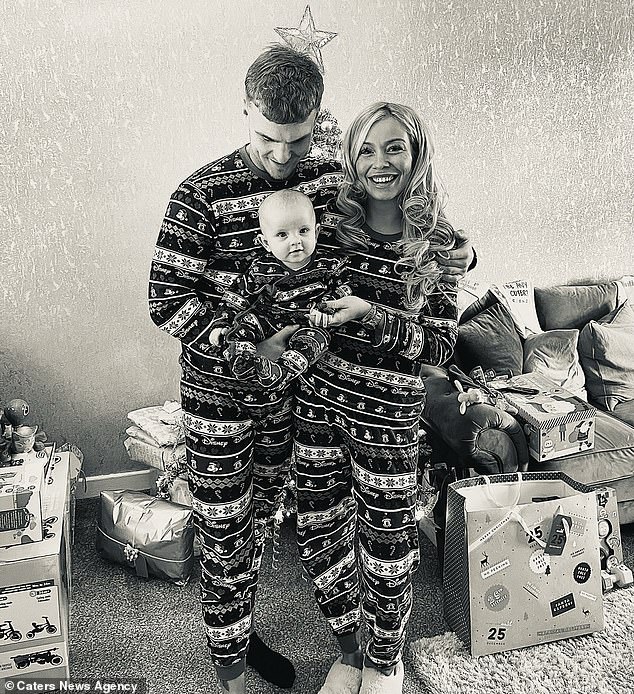 Chelsea and her partner Gary were over the moon when they learned she was pregnant, and they now call him ‘their little miracle’

Chelsea and Gary raced around supermarkets for more pregnancy tests to check the results were right.

She said they hardly spoke to each other for 48 hours because they were in so much shock.

Chelsea added: ‘I contacted the hospital and asked to be seen.

‘I told to come in for an early scan because of my problems and they confirmed that I was eight weeks and five days pregnant. 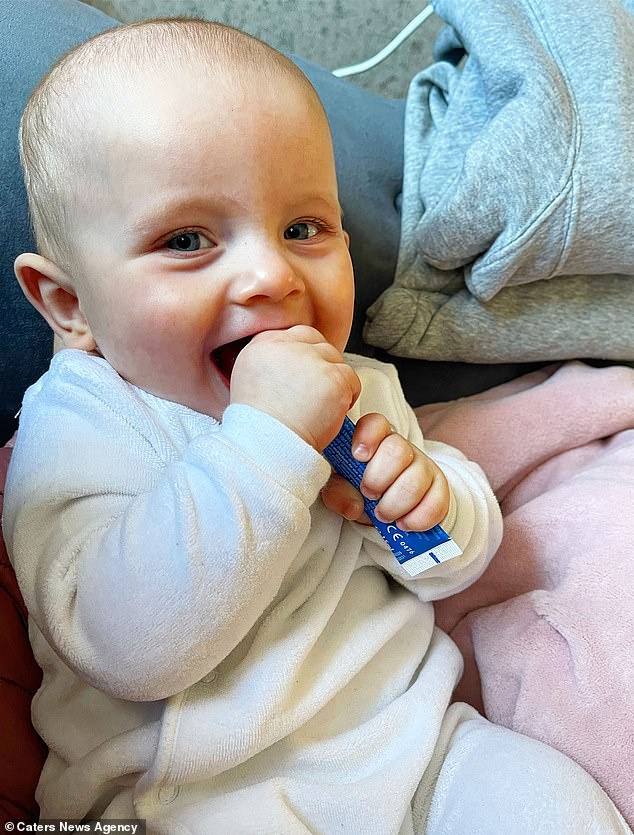 ‘I’d not been on any contraception for four years and nothing had happened. I couldn’t believe it.

‘I was terrified because I was not prepared for this moment.

‘The doctors eventually said that I have premature temporary menopause. It’s almost as if it comes and goes.

‘They still don’t 100 per cent understand it, which worries me for being able to have kids in the future.

‘I believe that everything happens for a reason. My life has totally changed and my world revolves around my son.

‘He’s an amazing baby and got such a great little character.

‘Layke is our miracle. I just can’t believe he is here, after accepting the fact I’d never be able to have a baby naturally.’

Top racehorse owner & solicitor reveals his biggest winning bets over the years that saw him £300,000 up
World News