Home » Lifestyle » Most expensive coastal areas for homebuyers are revealed 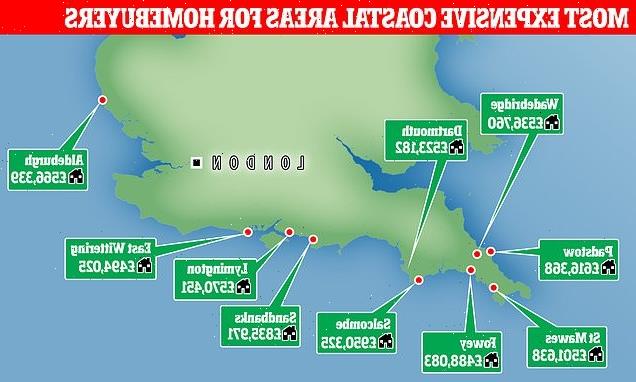 Most expensive coastal areas for homebuyers are revealed

Do you want to be beside the seaside? The coastal hotspots that have seen house prices rise by as much as 48%… in A YEAR!

Britain’s most expensive seaside towns for homebuyers have been revealed, and those in the South West are at the top of the list as people re-evaluate their work and lifestyle due to the pandemic.

Salcombe in Devon, with its pretty coastline of secluded coves and sandy beaches, is the most expensive seaside town with an average house price of £950,325.

It is more than three times the average price of a property in a British seaside town, which stands at £265,978, according to the data by Halifax.

Meanwhile, St Mawes in Cornwall has seen the biggest increase in average prices of any seaside town during the last year, jumping a whopping 48 per cent – from £339,912 to £501,638. 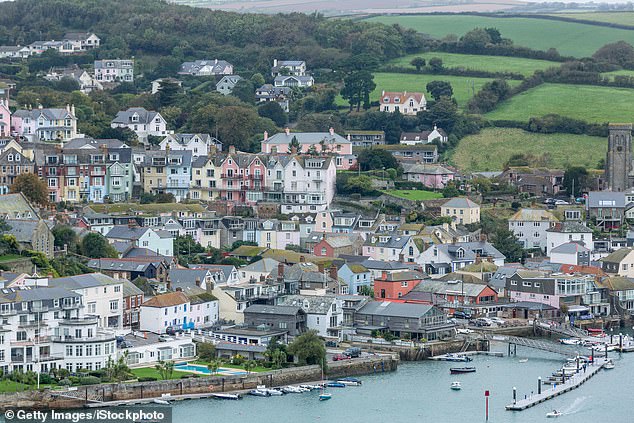 Salcombe in Devon (pictured) is the most expensive seaside town with an average house price of £950,325 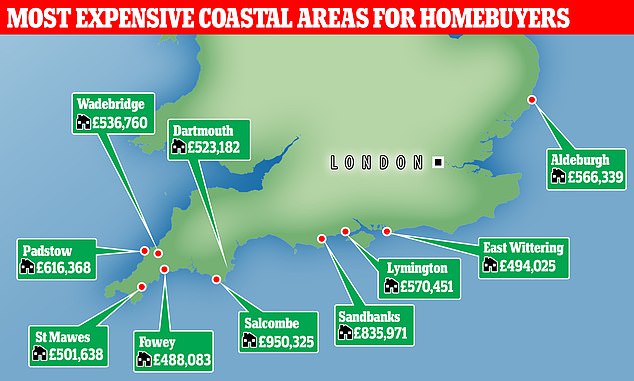 Sandbanks in Poole is the second most expensive seaside town with an average house prices of £835,971.

It is known for having some of the most expensive and in-demand property in the world, with many homes bought to be knocked down and replaced with new buildings that make the most of every square inch of the plot.

Celebrities who live in the area include former Tottenham Hotspur, West Ham and QPR boss and I’m a Celebrity winner Harry Redknapp.

The Halifax data tracks house price movements in 191 seaside towns in Britain, and is based on house price data from the Land Registry and Registers of Scotland.

Other areas that have seen prices surge in the last 12 months include Eyemouth and Port Bannatyne in Scotland. 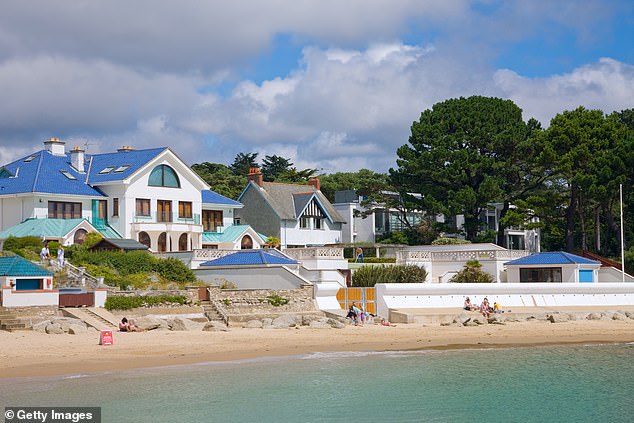 Sandbanks in Pool is the second most expensive seaside town with an average house prices of £835,971.

Scotland dominates the list of Britain’s least expensive seaside towns – with Millport, on the Isle of Cumbrae, offering the most affordable properties at an average of just £74,148.

Padstow in Cornwall has seen the biggest average price rise of any seaside town over the last decade, jumping by more than a quarter of a million pounds, from £351,458 to £616,368. 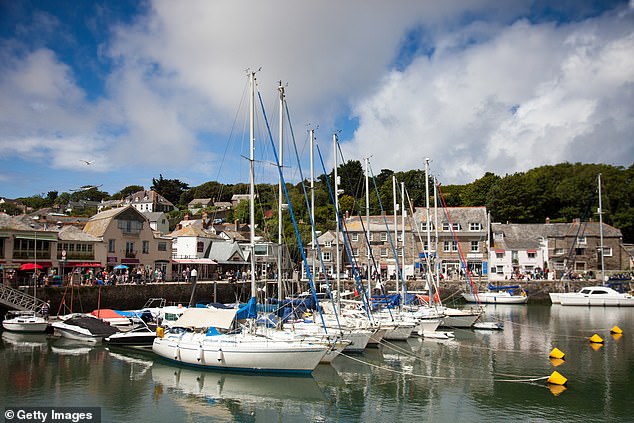 Russell Galley, of Halifax, said: ‘The housing market has experienced some dramatic changes over the past year, brought about by the impact of the pandemic. But one thing that remains constant is the Brits’ love of the seaside.

‘Properties in these towns have always been highly sought after – with residents prizing the picturesque scenery and coastal way of life – meaning a big price premium in the most desirable locations.

‘As many people re-evaluate their work and lifestyle priorities, the South West has been a magnet for those drawn to a life by the water, with Salcombe, Sandbanks and Padstow the three most expensive seaside locations in Britain.

‘However, more affordable options exist for those willing to move further north, with many towns on Scotland’s coastline offering great value for money.’