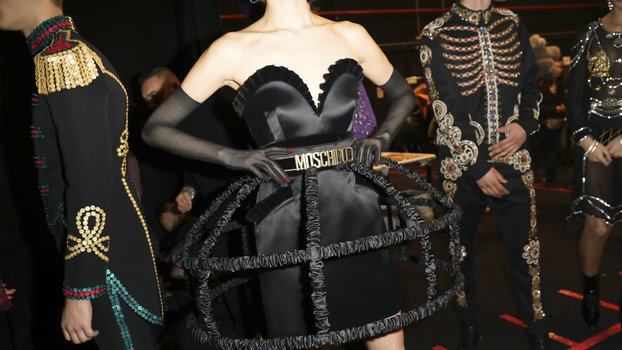 A disgruntled former employee is suing Moschino for discrimination against the black community (herself included).

According a new lawsuit obtained by The Fashion Law, Shamael Lataillade, a former sales supervisor, worked at the luxury brand’s West Hollywood shop from 2015 until she was fired last spring after submitting a second complaint about her supervisor to corporate.

Lataillade claims that her former supervisor would refer to black clients who didn’t wear diamonds or name brands as “Serena” and advise her employees to keep a close watch on them.

It’s not specified in the suit, but the codename is speculated to be a dig (however ironic) at tennis champion Serena Williams, whose runaway career success hasn’t prevented the massive amount of hate and racial profiling that’s followed her every step of the way.

The supervisor in question also reportedly coached employees to tell “Serenas” they were out of stock on the items they requested when they weren’t, and to sometimes go as far as to write down their license plate numbers. She once even called the police regarding a “suspicious black customer” who ended up being a “high-profile rapper,” according to the suit.

Lataillade, a Haitian-American, says her supervisor discriminated against her personally as well, mocking her for practicing voodoo. Shamael was reportedly terminated for speaking out about her supervisor’s racist practices.

In a statement to InStyle, a representative for the brand said that “Moschino denies the allegations made by the former employee,” and that “it is our practice not to comment on pending legal matters.” The rep added that the company “complies with applicable equal employment laws and values and respects all customers and clients regardless of their race or background.”

CategoryLifestyle
TagsAll being for is Moschino Sued