Home » Lifestyle » Morrison’s election plan? It’s as easy as A, B or C 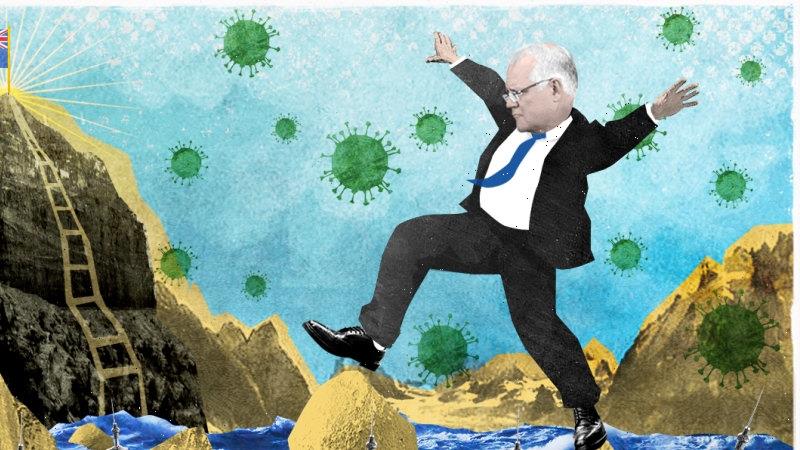 Morrison’s election plan? It’s as easy as A, B or C

This is not how it was supposed to be.

If everything had gone according to Plan A, Scott Morrison would have called an election within days, then sailed through the campaign as the Prime Minister who had led the country through a once-in-a-century pandemic with minimal loss of life and only temporary disruption to the economy. 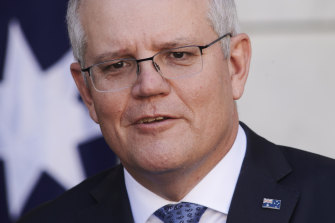 Under Plan A, Morrison would have been the Prime Minister to lead the country out of the pandemic.Credit:Getty

That would have carried him to victory with an increased majority, and probably set him up for another. It would have been a proud legacy.

Instead, there is a fractured federation, premiers grown accustomed to wielding immense power even at the expense of the national good, a prime minister powerless to stop them, a devaluing in almost every way of what it means to be an Australian, 15 million people locked down, the prospect of a second recession in two years, enough debt to cripple generations and a vaccination rollout Morrison nominated as his priority in February which could even now qualify as the greatest policy failure since Federation.

There are other contenders for that most miserable legacy: the fate of Indigenous people generally, Gallipoli, the Vietnam War, later perhaps inaction on climate change, just to name a few.

Given its impact on the health and economic wellbeing of almost every Australian over many months, regardless of race, religion, sex, age or class, the botched vaccination program, mishandled at almost every point, is right up there. 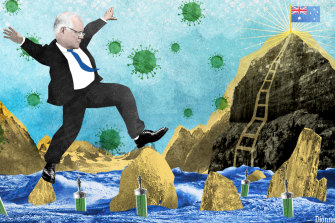 Most Australians have felt the impact of the botched vaccination rollout.Credit:Dionne Gain

It’s not just that Morrison did not buy enough vaccines, which is the root cause of all the ensuing problems including the protracted lockdowns, it wasn’t just that he punched holes in confidence in AstraZeneca, the only widely available vaccine, with a breathless, late-night press conference warning young people against its use, it was also the failure during the long lead-up to organise a comprehensive rollout, enlisting every single agency from states to GPs to pharmacists to businesses to community leaders.

And if he can’t fix it before the election, not enough people will trust him to fix it after. That at least is the view emerging inside the government.

According to one minister, the pathway to victory “is getting narrower and narrower”. With lockdowns leaving marginal seat-holders unable to properly work their electorates he feared another problem: “If the leader gets damaged, and he is what you are running on, you lose.”

So, after 18 months of bending to the will of the premiers, conscious of the increasing anxiety in his own ranks, sensing the shift in sentiment against lockdowns which the Resolve poll published exclusively in The Age and The Sydney Morning Herald captured, Morrison pulled the only lever he has. He switched position to demand the states free their prisoners. Or cave dwellers as he calls them.

He has spun like a whirlwind on lockdowns. They work, they don’t work, they work when they work, there is no choice but for them to work and now, lockdowns do more harm than good.

It was too much for one exasperated government backbencher. “He has got no idea what he is doing,” he said. Maybe, but Morrison has been looking very assured and even more pleased with himself than usual in the past few days. Resolve – the poll – shows why.

Morrison’s new sleep-over buddy, Josh Frydenberg, a more consistent opponent of lockdowns who has suffered because of the separation from his family, would have helped stiffen Morrison’s resolve. (A minor digression but is it a little bit weird that even in these strangest of times, the Treasurer has shacked up with the Prime Minister at the Lodge?)

Lockdowns have protected people but it is unrealistic to think they can continue indefinitely. The economy will collapse, civil disobedience will explode and the unrest will not be confined to ratbags.

As fed up as they are with everything to do with COVID including the political bickering, it is also unrealistic to think parents with unvaccinated children will want to rush to reopen with Delta rampant.

Which means a guaranteed supply of vaccinations always was and always will be key. That has been obvious from the very beginning. Even if Morrison didn’t think it was a race, others knew we were in the race of our lives.

Despite her mistakes, Gladys Berejiklian has grasped that. Her message of jabs, jabs and more jabs is the right one. Instead of mocking her as other premiers have done or undermining her as Morrison has done, they should copy her drive to vaccinate as many people as possible as quickly as the health system and supply allow. It’s the only way out.

Queensland and Western Australia have resisted Morrison’s muscling. But when they pick up the pace on vaccinations as they must, Morrison will ensure voters credit him for engineering it, even though the burden of actually delivering V-Day hopefully by the end of the year rests with the states and territories.

Morrison has also sought to mask his failures by saying “we” have saved 30,000 lives since the beginning of the pandemic, a number calculated by averaging the COVID fatality rate in OECD nations. With people dying daily, he needs to stop that. It is crass with a whiff of triumphalism few share. 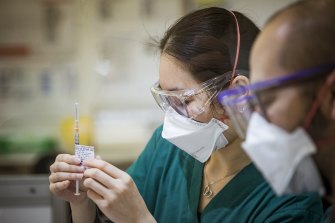 Morrison says there is no freedom day, however if millions of locked-up Australians are liberated by Christmas there could be a more benign environment to implement Plan B, a poll in March.

The infrastructure will remain in place to keep administering vaccinations including essential boosters (so long as Morrison ensures supply), COVID is less active in warmer weather and the economy will rebound.

Plan C, involving a budget in April and election in May, is problematic.

The debt and deficit figures in the budget would be horrendous, winter would be approaching with the prospect of another variant emerging and he could look like he was hanging off a cliff by his fingernails.

Whether people will forgive or forget his mistakes by March depends on how much damage has been inflicted by his terrible misjudgments and how easily he is allowed to walk away from them.

Niki Savva is a regular columnist.