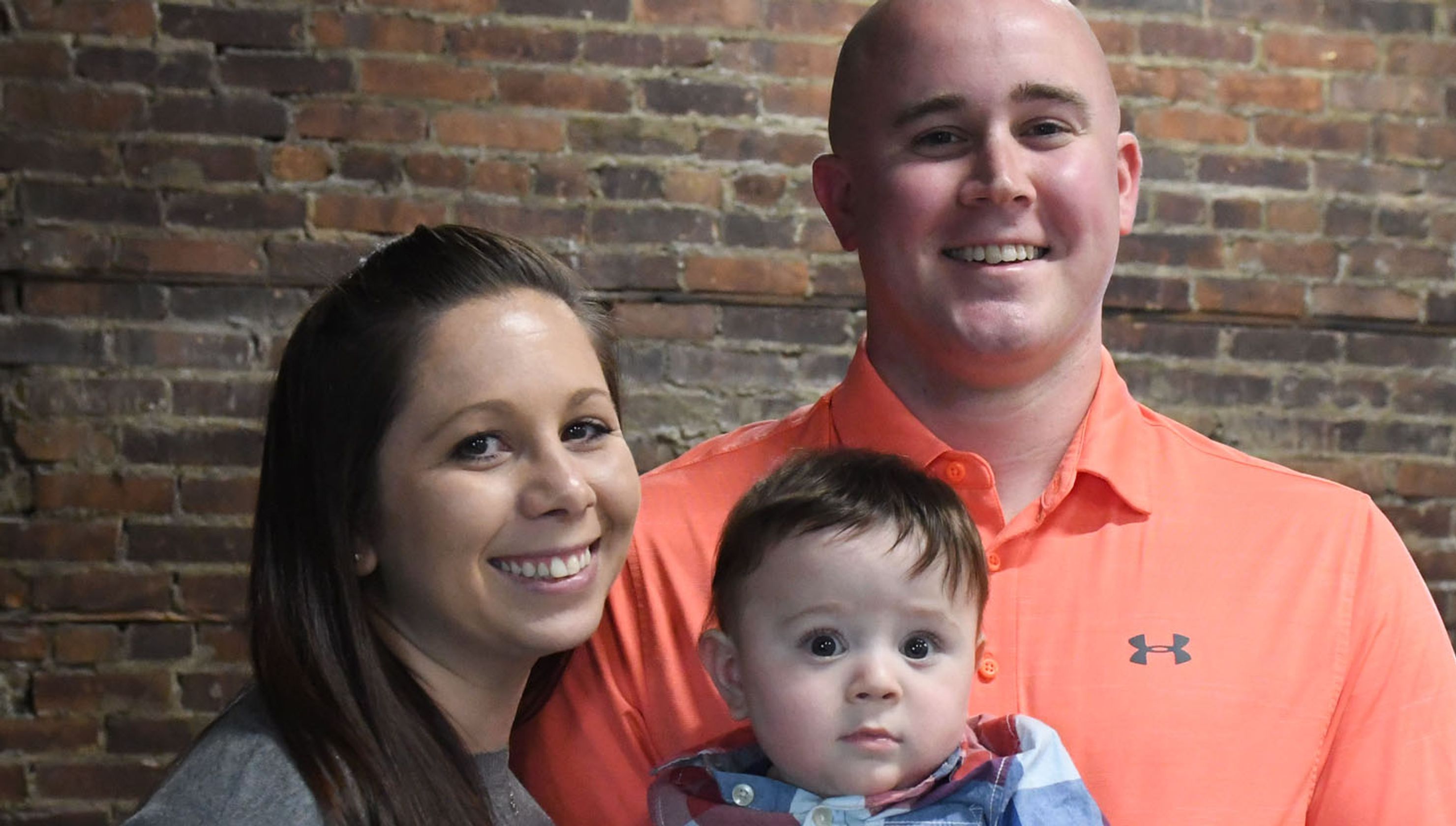 A Greenbackville couple's premature baby was born the front seat of their truck during a snow storm. This month, he celebrates his first birthday.
Meg Ryan, Salisbury Daily Times

As a storm ravaged the Delmarva area on the East Coast in January 2018, the peninsula was struck by subzero wind chill, hurricane-force wind gusts and snow.

Nikki and Tyler Watkinson were driving from Greenbackville, Virginia in the heavy snow as Nikki — at 24 weeks pregnant — continued to feel pressure.

With the blizzard, dubbed winter storm Grayson by media outlets, already plowing through the peninsula, Tyler needed to navigate the drive with 4 inches of snow on the roads.

“I was literally screaming in his ear ‘Please help me’, ” she recounts.

As the couple endured the 40-minute ride, Nikki felt the urge to push, causing her water to break. The next push brought their micro preemie son, weighing 1 pound, 11 ounce, into the world — on the truck’s front seat — at 12:39 a.m. Jan. 4.

“Is he breathing?” Tyler asked.

“He got out three little cries,” she responded.

The Watkinson’s son came into the world in his own storm and, after transferring hospitals, spent the next four months at the Children’s National Health System neonatal intensive care unit in Washington, D.C.

First Lady Melania Trump poses for a photo with patients at Children’s National Thursday, Dec. 13, 2018, during a Christmas visit to the hospital in Washington, D.C. (Official White House Photo by Andrea Hanks) Courtesy of The White House. (Photo: Submitted Image)

“It was amazing, she was so sweet,” she said.

“Kids are just super resilient, and I don’t think the average person walking around on Michigan Avenue has any idea really that we are able to save these 1-pound babies now,” she said.

Earlier in the night Grayson was born, Nikki and her OB-GYN doctor thought her pain could be caused by an urinary tract infection.

But, after taking prescription medicine, her condition continued to worsen.

“The pain just kept getting worse and worse,” she remembers.

This is what led to the Watkinson’s drive to PRMC.

As Nikki found a wax rag in the back of the truck to wrap Grayson in for warmth, Tyler called the Snow Hill Volunteer Fire Department to let paramedics know they needed assistance.

As Grayson was swaddled in the wax rag and Nikki’s jacket, the couple made it to the Snow Hill firehouse, where mother and child were scooped into an ambulance. Grayson’s color was blue and his bronchial pulse was low, so Nikki, who’s an emergency room registered nurse,  began doing compressions on her newly born infant.

With their medical backgrounds (Tyler is a firefighter/paramedic), they were able to contribute calmness to the situation which allowed Nikki to focus and make sure Grayson was OK.

“People tell me all the time if it was anybody else, he wouldn’t have made it,” Nikki said.

A premature baby is born before reaching 37 weeks in the womb, according to March of Dimes. A micro preemie is born around 24 to 26 weeks, possibly even as early as 22 to 23 weeks, said Dr. Lamia Soghier, Children’s National medical unit director.

A micro preemie is born on the borderline of viability meaning if they were born a week or two before, they probably would have died because their systems are so immature, Soghier said.

Pregnancies should be carried as close to full term as possible as long as there is no risk to the health of the pregnant mother or her fetus to avoid vulnerable preemies experiencing a delay in brain development, according to study results published by Pediatrics in October in a news release from Children’s National.

During the third trimester, or the final 13 to 14 weeks of gestation, fetuses’ brains grow exponentially, and the body shifts energy to the brain to accommodate the neurological growth spurt. As the brain size increases four-fold, it develops critical structures and connections that will be relied upon for life, according to a news release.

This is why every way the NICU takes care of a micro preemie and how quickly they react is incredibly important to quality of life.

Being born at 24 weeks and weighing 1 pound, 11 ounces, Grayson couldn’t stay at PRMC’s NICU due to the equipment and specialist care he needed, leading to his transport to Children’s National, which is a level four NICU, offering the highest level of care to babies born even at the youngest week of viability.

The roller coaster of the NICU

Many babies in the NICU take two steps forward and one step back while fighting for their lives.

“Grayson was definitely the poster child for the roller coaster ride that is the NICU,” Sullivan said.

Saving a micro preemie starts with respiratory support in the form of mechanical ventilation until he is able to effectively breathe on his own. Next, total parenteral nutrition was given through his veins to provide the proper nutrition he needed to grow, and medications are given through central lines.

For four months, Nikki and Tyler stayed at the Ronald McDonald House Charities while Grayson was treated in the NICU. The couple shared updates on their journey through a Facebook page with family and friends.

Nikki gets emotional as she remembers the various health scares Grayson went through during his stay. While friends and family watched over their dogs and home in Virginia, the couple stayed in the D.C. area. They would arrive at the hospital around 8 a.m. daily and stay with their newborn until about 10 p.m.

“It was a rough road,” Nikki said.

The infant received multiple blood transfusions and underwent patent ductus arteriosus surgery, a type of heart duct surgery. This surgery was performed at his bedside as this keeps the baby safer than taking a trip to the operating room.

But the biggest worry for Grayson and his parents were his grade four bilateral bleeds in the brain. When the bleeds were discovered Nikki and Tyler were told to really think about what quality of life they wanted to give their son.

“They told us we’re probably going to have to make harder decisions and pull the plugs pretty much,” Nikki said with tears in her eyes.

But the couple stood by their son, visiting him daily and praying he would pull through.

After more time and healing, the breathing tube was removed and he began to slowly get breastmilk through a feeding tube. From here he kept feeding and growing until he was strong enough to go home.

With an original diagnosis of little to no brain function or cerebral palsy, the Watkinsons took Grayson home after four months with the only concern being fine motor skills with his hands.

“To go from telling us we’re going to have to make some harder decisions to him being here is just nothing short of a miracle,” Nikki said.

Grayson is now a happy and alert baby after a whirlwind first few months.

The Children’s National staff was happy to see Nikki be able to share that story with Trump and everyone else in the NICU during the December event.

“I’m really glad he got this once-in-a-lifetime opportunity, and I’m sure he’ll have some unique pictures to share in his baby book! The first lady is a mother, too, so I imagine she understands how hard it is for our NICU families to be here, and why we do everything we can to help children. Grayson and all our NICU babies are like family to us,” Floyd said.

When Grayson is at home, he loves to play with the family’s dogs, listen to his parents read and watch “Mickey Mouse Clubhouse.”

He still needs to do physical therapy regularly for the motor skill issues and, like most premature babies, will have neurological visits every six months until he’s 2 years old.

“It’s just one day at a time with him, but he’s just the happiest baby you’ll ever meet in your entire life,” she said.

The baby is continuing to meet milestones, now weighing 16 pounds, 3 ounces. Nikki said his growth chart shoots straight up as he continues to grow and catch up to other children his age.

To celebrate Grayson’s 1st birthday, the Watkinsons will hold a small party with close family and friends. For this family of three, every day is a celebration they’re able to have their baby at home.

“Not many people get to be this lucky to bring their baby home out of the NICU when they’re born at 24 weeks,” Nikki said. 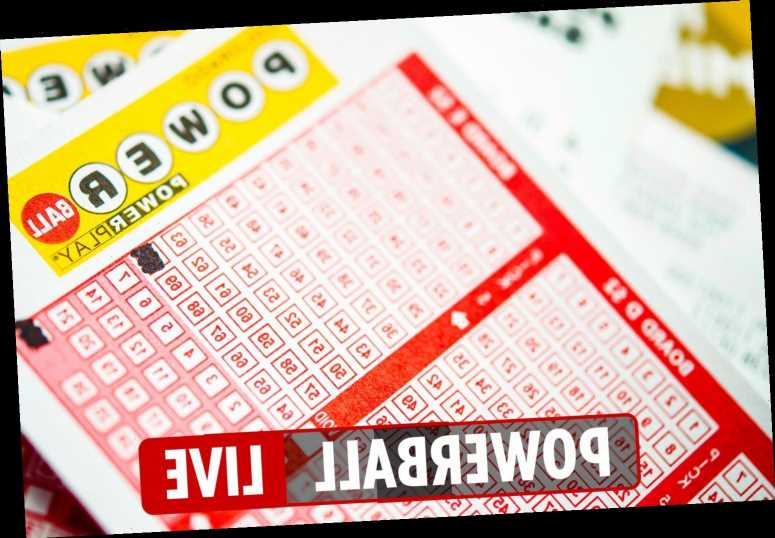