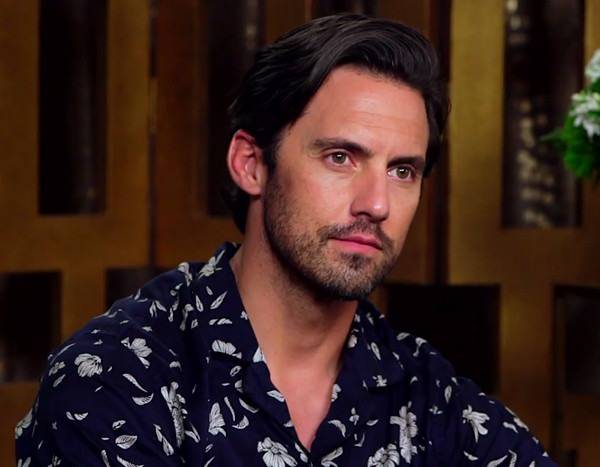 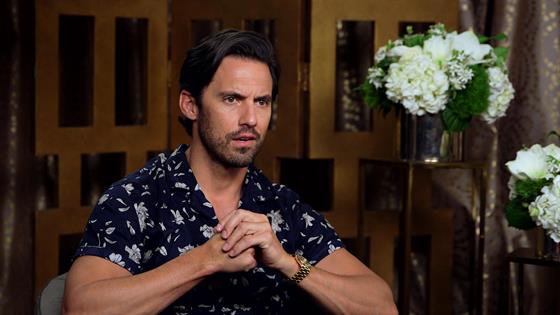 Milo Ventimiglia sure knows how to make an entrance.

In the premiere episode of NBC’s This Is Us, the 41-year-old actor walked across the room and gave viewers a glimpse of his butt—a scene he’s been asked about endlessly since it first aired in 2016. Ventimiglia will get viewers’ pulses racing yet again in the first five minutes of STX Films’ Second Act, as his character Trey shares a sexy shower scene with Maya (Jennifer Lopez).

E! News’ Justin Sylvester sat down with him over the weekend, where he broke the scene down: “I’ll tell you how you prepare. You talk to yourself and say, ‘Motherf–ker, just be cool!'”

In reality, sharing an intimate moment with someone else onscreen wasn’t anything out of the ordinary. “That role demanded hopping into a shower with the girl that I love. But in life, when ‘cut’ is called and the scene is no longer playing, it’s like, ‘Oh, no. That’s my friend, Jennifer,'” Ventimiglia said. “You just get back into normal, regular, real life…having showered together.”

Ventimiglia said it was “exciting” to have Lopez, who also produced the film, hand-pick him—even if he felt out of his league. “I mean, I’ve been a huge fan of hers for years and everything she’s done time and time again,” he explained. “To know that I was the guy she wanted, I thought, ‘Well, is everybody else on the list unavailable by the time it trickled down to me?'”

Jokes aside, Ventimiglia was excited to explore two characters who “wanted different things out of life,” and he loved the movie’s message of female empowerment. “I thought, ‘What a great film for right now’…to show that, ‘Hey, if you feel like you’re not doing what you want in life, well, go get what you want in life!’ Go do it, you know? The only person stopping you is you.”

For more on Second Act (in theaters Dec. 21) and This Is Us, watch the interview now.