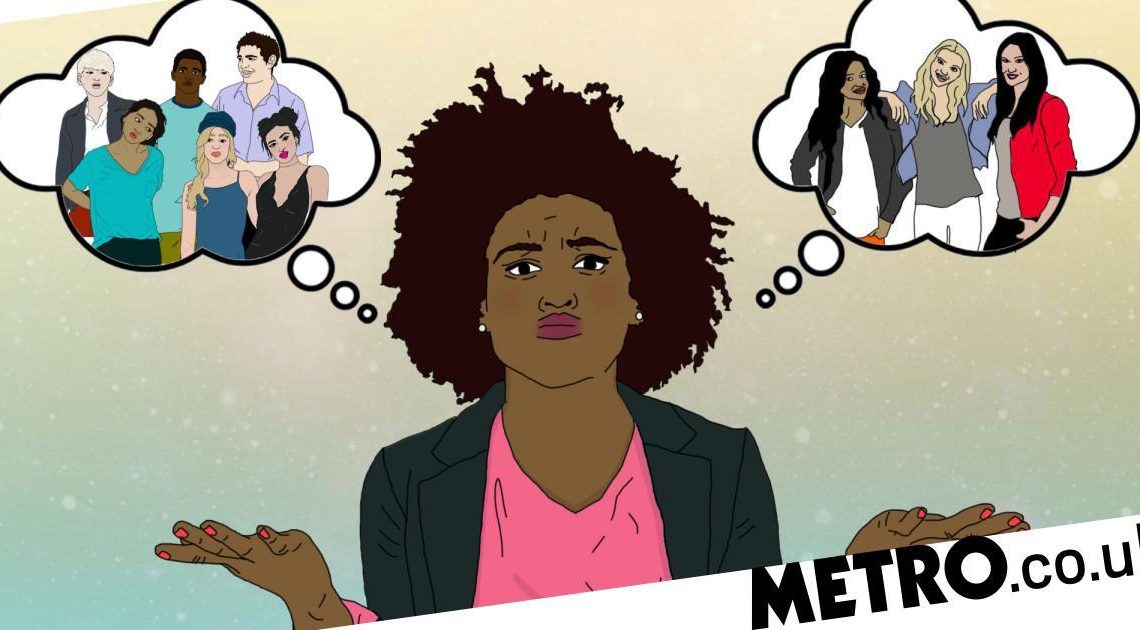 Do you have a work wife? An office bestie? Someone to eat lunch with and gossip with at the water cooler?

A shocking number of millennials are lacking these daily interactions – with 65% of 25-34-year-olds saying they find it hard to make professional friendships.

In fact, three in 10 have quit at least one job to avoid a company’s social scene and 48% of 18-24-year-olds have called in sick because of difficult office cultures.

The figures, published by Milkround, found that only 26% of people over the age of 55 found it hard to make friends at work – so why are younger people finding it so tricky?

Stress is one factor that is causing social greater difficulties for younger employees when compared to their older colleagues – 30% reported that being too stressed caused them social problems. Another reported barrier to making friends are the financial pressures associated with socialising outside of work.

Additionally, 24% of under-25s surveyed claimed they were more likely to feel anxious about meeting a new colleague, compared to just 8% of over-55s.

This lack of friendships goes deeper than simply not having anyone to sit with at lunch – it’s actually negatively impacting mental health and contributing to feelings of isolation and loneliness.

75% of those who struggle to make friends in the workplace believe it has a negative impact on their mental well-being.

47% of those surveyed felt a main value of workplace friendships is the practical and emotional support they provide in facing challenges at work – so taking those friendship networks away could really do some damage.

Sophie* knows this feeling all too well. She says she has always struggled to make friends at work, and that it is in part a product of her environment.

‘I blame London for why I find making friends hard – at all the different jobs I’ve had in my life,’ Sophie tells Metro.co.uk

‘The pressures and demands of just existing in this city – just plain old breathing in and out with a roof over your head – have pushed me into spaces I don’t belong.

‘That sense of not belonging when shared by others around you manifests in ways that make for an environment that is not conducive to friendship making.

‘I often try to reach out to people who I have nothing in common with, so we try and find commonality through work, this is bad because work comes with hierarchies, bosses, and things that can add a negative influence to a budding work friendship.

‘I make excuses to get out of work social things because I feel unable to engage with people who would in any other circumstance not give me the time of day.

‘Work for me is like being in the army, except without the sense of duty, love and purpose.’

Sophie knows that a lack of work friends has an impact on her mental health, it’s something she can feel every day:

‘Like sometimes I want to stand up and scream; “Michelle in accounting goes home every day and cries because she’s miserable here!” And I get really, really angry a lot.

‘It does weirdly boost my need for other people though, I try and make conversations with complete strangers in the street.

‘It does make me dread every new day, not having any connections with people I see more than my own family. It’s unnatural.’

So how do we tackle this problem? Is there a way for millennials to work to forge meaningful workplace relationships? Relationship psychologist Emma Kenny thinks it’s vital that we try.

‘In an age that has seen an ominous rise in serious mental health conditions, and a sharp decline in the available resources to deal with the problem, it is crucial that young people entering the workforce learn to take care of their own well-being,’ Emma tells Metro.co.uk.

‘Whilst a great deal of responsibility falls upon the shoulders of employers to foster a welcoming, safe and supportive working culture and environment, to ease the transition from education to employment, younger generations must also take positive steps to safeguard their own needs.

‘We will spend around a quarter of our adult lives at work, and so knowing that we are surrounded by people who we can trust and whose company we enjoy can only have a positive impact on our well-being – which is why it makes sense to work hard at workplace friendships.’

According to researchers at Milkround, there are a number of practical steps that younger employees can take to improve their social situation at work:

Facing your fear and stepping out of your comfort zone is vital.

Natural introverts tend to catastrophise and imagine the social scenario as something far worse than it actually is. Do not avoid social situations as there is nothing to fear and everything to gain.

It is always better to risk rejection in the pursuit of the reward of friendship.

Often, if we are feeling self-conscious, stressed or generally overwhelmed, our body language can betray our mood and send out the wrong signals.

Whether it is slumped shoulders, averted eyes or crossed arms, negative body language can suggest that a person is uncomfortable or defensiveness and create an air of unapproachability.

Adopting a relaxed posture, maintaining eye contact and, most importantly, smiling, puts people at ease and gets the conversation flowing.

If finances are proving to be a barrier to forming friendships at work, then suggest activities that do not cost a penny. For example, arranging a charity walk could be a great team-building exercise and an effective way to strike up workplace friendships with people who share a common interest.

Being proactive and taking matters into your own hands in this manner are attractive characteristics that people look for in potential friends.

If feelings of isolation and loneliness at work are affecting your mental health, then talk to somebody about it; communication is key.

A Totaljobs study found that one in four men and one in five women have never told anyone about their workplace loneliness.

Approaching your manager or HR representative may seem daunting, but they are there to help. Share your concerns and always remember that asking for help makes you stronger, not weaker.

But workplace besties aren’t for everyone. And there can be benefits in keeping your work life and your social life completely seperate.

Dora* says her approach to workplace friendships has changed over the years – and now she’s more relaxed about skipping work drinks and keeping herself to herself in professional environments.

‘I grew up working in the hospitality industry, where it was super easy to make friends. I met one of my best mates working in a pub – still friends to this day, I’m her maid of honour,’ says Dora.

‘However, now that I work in an office environment, I try to keep a more professional distance; mainly because it makes it easier to switch off when I get home and I don’t like getting involved in office politics or gossip (which is easier to avoid if you’re not socialising).

‘I have still managed to scramble together a few new pals, but it’s not the same level of camaraderie as I felt when I was younger and working in bars. Then again, we had access to booze and bonded over shitty customers, so kind of makes sense.

‘I have such a great network of friends outside of work that it doesn’t really affect me much. Plus, as I’m freelance I’m used to working alone so I usually just get on with my day.

‘But I will say that office cliques do make me feel anxious – and tends to unfortunately happen more with women than men.

‘I have worked in a lot of managerial roles, where it was common not to make friends because you had to keep a distance from your employees, so I guess I’ve been trained in that since I was in my early 20s.’

There are certainly different approaches for different people, and it also depends in large part on the industry you work in and the type of job you have.

Only you know what feels normal to you. If you’re happy to keep to yourself in the office and save your socialising for your ‘real’ friends, that is fair enough – but if you feel lonely, isolated or anxious at work, then it might be time to seek help.