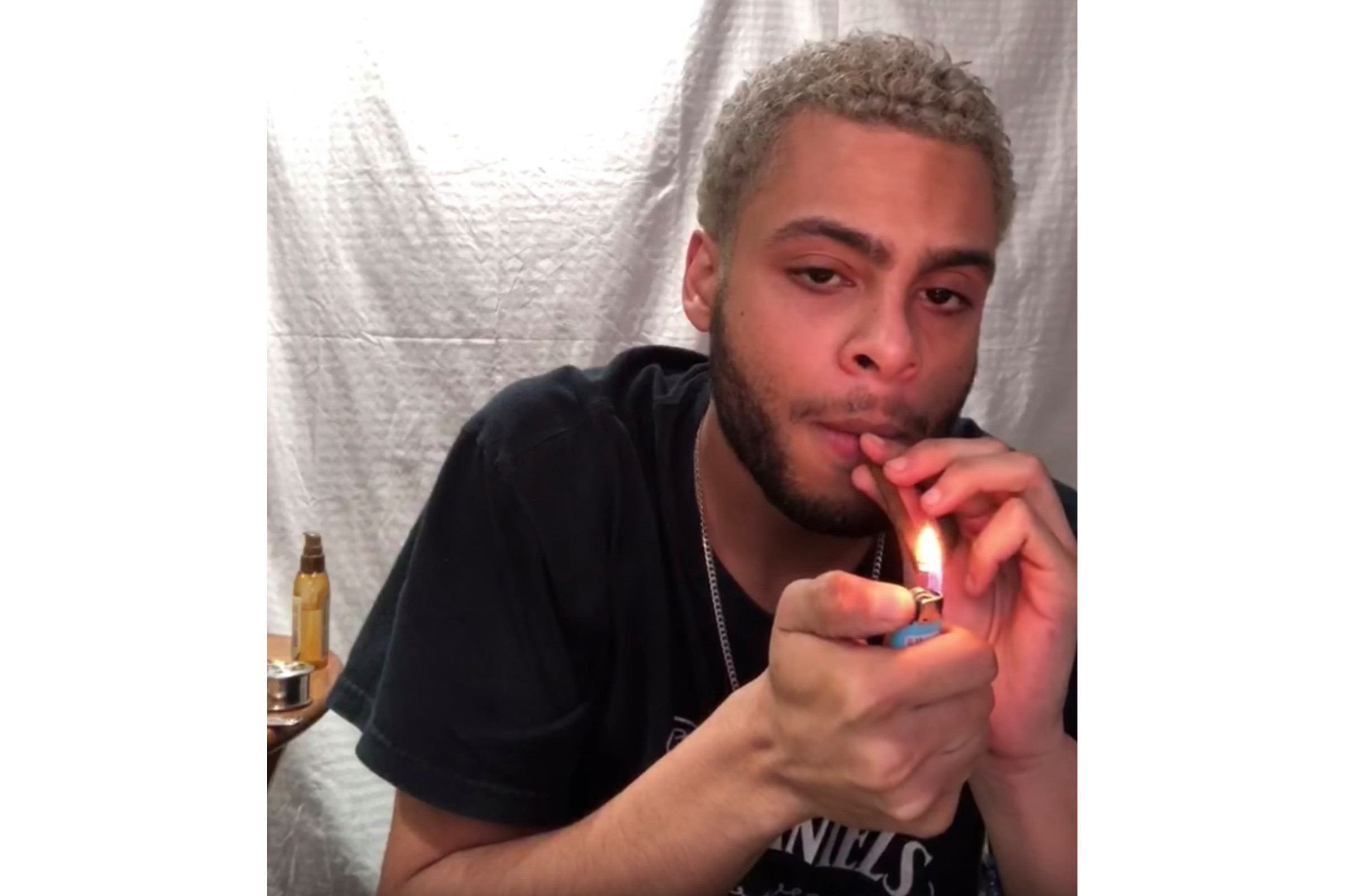 Millennials are paying thousands to this ‘digital beggar,’ an unemployed pot fiend

A sight that would be difficult to explain to a visitor from Mars (or even Bangladesh) is the increasingly common one, in New York City, of hipster millennials who look like they logged at least three years at Bowdoin begging for spare change on the sidewalk. Well, not begging. They don’t “beg.” They put out a pathetic-looking written sign with a sob story and a plea for money. Then they return to scrolling through messages on their $700 iPhones.

But the tin cup is such a low-tech way to beg. There’s a better way. Meet Jovan Hill, digital beggar. Hill is an unemployed Brooklyn man who spends his days asking strangers for donations on social media and is now bathing in other people’s money. A tweet sent earlier this year from a 23-year-old bank associate in Oklahoma City exclaimed, “The only reason I wake up and go to work everyday is so I can give @ehjovan money for rent.”

No disrespect to Hill. Hill is a mighty force, a supreme talent, a con artist to rank with his semi-namesake Harold Hill of “The Music Man.” You have to marvel at his method: One of the many assumptions the digitization of everything has upended is that a con man must promise his marks something in order to convince them to pry open their checkbooks. Jovan offers nothing except the opportunity to watch him. And yet his fans are raining money on him.

Hill is a 25-year-old from Texas who has discovered that finely tuned sob stories work much better on social media than they do on a sidewalk at NYU. In a recent seven-minute video reported on in The New York Times, Hill delivered an urgent plea for $7,000 to a rapt audience, his iPhone in one hand and a blunt in the other. As he spoke, the donations began flowing in. It was like a miniature Jerry Lewis Labor Day Telethon, only with muscular dystrophy displaced by laziness and marijuana attachment. Hill has more than 200,000 social-media followers distributed across such platforms as Periscope, YouTube, Instagram and Twitter, and he guides them like a symphony conductor.

‘It was like a miniature Jerry Lewis Labor Day Telethon, only with muscular dystrophy displaced by laziness and marijuana attachment.’

“I’m very poor today,” Hill says on the video between tokes. “So if you want any tax write-offs, please donate to the Jovan charity.”

What’s singular about Hill’s story is that his millennial fans have been reported to be a notably stingy generation. Sure, they’ll pony up a bit for things that didn’t exist for previous generations — microbrews, avocado toast and cellphone service. But they won’t spend money on newspapers, cable TV, cars or health insurance. They don’t spend money on mortgages, either, because they can’t afford to buy their homes.

For the first time in modern history, reported a Pew survey, more young adults are living with their parents than in any other kind of domestic arrangement. Millennials won’t even spend money on their own replacement units: 42 percent of millennials, according to a 2012 study, plan to have children, down from 78 percent two decades prior.

Given all of these savings — no mortgage, no car, no kids! — millennials do have some disposable income for frivolous indulgences. What they hate is commitment. If they have some emotional cravings, some need to feel that they’re soulful, caring people, Jovan Hill is a way to satisfy them.

His blend of performance, oversharing and woe — whingetertainment — turns him and other online personalities into the low-maintenance, group-shared children of millennials. There are obvious advantages: You don’t have to take care of Jovan every day. You can shut him off if he cries too much. You don’t have to buy a car seat for him, change his diapers or vacuum up his spilled Cheerios. Jovan is just there whenever you want him, being cute or fussy in whatever dose you can handle that day. Unlike a baby, he’s happy if you send him five bucks in return; the Times reports that he literally sang out, “I love you” on one of his video appearances to a fan who sent him that sum. What more could you ask for from your offspring? You probably won’t have to pay for Jovan to finish college (he dropped out shy a few credits of graduation), and he requires no commitment whatsoever on your part. Jovan is the perfect e-baby for a tight-fisted, easily-bored, low-attention-span generation.