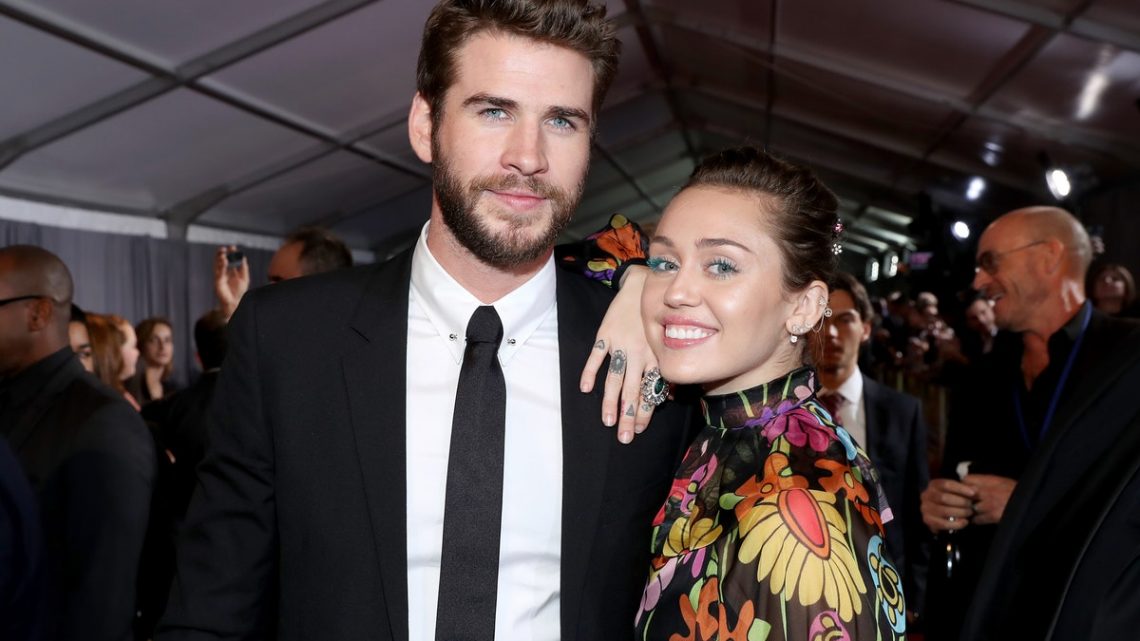 Liam Hemsworth celebrated his 29th birthday on Jan. 13 and, to mark the occasion, the actor’s wife wrote the sweetest b-day message in honor of him. As seen on Instagram, Miley Cyrus’ birthday post to Liam Hemsworth was filled with fun, personal anecdotes and, of course, tons of love.

She started her post, which was captioned with a cute "HBD 2 Da Hubz," by saying, "L, HBD to my 31 … When we met you were 19, Today, you are 29… I thought I could share some of my favorite things about my favorite dude in honor of this very special day."

She then went on to list some of the things that she loves about her significant other, which included everything from how much she enjoys having a "teeth brushin’ partner" to details about the couple’s own little love language. Cyrus wrote:

Cyrus finished her sweet post with a moving message for her now-hubby, "I love how you let ME be ME. Put simply….I love YOU. Unconditionally," and continued, "Thank you for giving me the happiest days of my life." If the "Wrecking Ball" singer’s tribute isn’t the cutest thing you’ll read all day, I don’t know what would be.

If that wasn’t enough to get fans a little misty-eyed, the singer also posted a couple of tributes to her husband on Twitter in addition to her Instagram post. In one post, she gave everyone a little look into the pair’s relationship, as the two could be seen goofing around and singing along to some tunes. She also posted a photo from 2009 of the couple, which was the same year that the husband and wife duo met while filming their movie, The Last Song. So, these Twitter posts were definitely a special way for Cyrus to pay tribute to her longtime love.

In case you missed it, Cyrus and the birthday boy recently got married in late 2018. After a bit of speculation, they would go on to confirm that they were indeed husband and wife via Instagram. The "Nothing Breaks Like A Heart" singer posted a slew of photos on the social media site on Dec. 26, which showcased the couple’s chic and understated wedding day attire. According to the BBC, the wedding reportedly took place on Dec. 23.

Whether they’re sending each other sweet messages online (including the cutest b-day post of all-time) or showcasing their low-key wedding, it’s clear that Cyrus and Hemsworth are totally made for each other.

‘We lost a brother’: What we know about sergeant gunned down in line of duty
World News